SACRAMENTO (KGO) -- The issue of racially biased appraisals was front and center in Sacramento Thursday. State leaders held an important hearing on the topic of racial disparities in housing following ABC7 News' exclusive reporting on the issue.

"There is discrimination taking place when it comes down to African Americans and Latinos. When it comes down to homeownership, why is that people have to masquerade and put a friend up to masquerading as them to create some fair, equitable, reasonable opportunities for them to get homeownership and just for them to be treated fairly," said Assemblymember Mike A. Gipson of Carson.

Gipson referred to our exclusive ABC7 News report on the Austin family in Marin City whose home appraised for $500,000 more after a white friend posted as the homeowner.

"I know recently there's been a lot of attention to racial bias in the home appraisals process," said Assemblymember David Chiu of San Francisco.

Assemblymember Chiu chairs the committee on Housing and Community Development and co-chaired the hearing.

Panelists from U.C. Berkeley, UCLA, and the Center for Responsible Lending offered solutions to what they call a systemic issue of the devaluation of Black homes.

"There should be a robust review of federal appraisals standards including ethics standards, increased training in unconscious bias for appraisers, and expanded initiatives to bring more appraisers of color into the field," said Marisabel Torres, Director of California Policy, Center for Responsible Lending.

Assemblymember Chiu said he is in favor of several of the solutions presented by panelists.

"I certainly think additional levels of oversight and auditing of these appraisal processes makes sense, figuring out a way to hopefully work with the industry to diversify their appraisers and consider bias training - those seem like no brainers to me," said Chiu.

As new regulations and enforcement efforts are considered in Sacramento, discriminatory appraisals are getting national attention.

This month the Department of Housing and Urban Development reached a $50,000 agreement with JPMorgan Chase and a Black woman who believes her home was undervalued because of the color of her skin.

The Fair Housing advocates of Northern California is now representing the Curtis family as they file a complaint with HUD and are in conversations with the Austin's about a lawsuit.

The executive director of FHANC is hopeful the potential solutions discussed Thursday will lead to fewer instances of racially biased appraisals.

Assemblymember Chiu tells ABC7 news the state assembly is already deep into the legislative calendar so it may be some time before we see legislative fixes, but he is working closely with the chair of the baking committee to create solutions in the near future.
Report a correction or typo
Related topics:
societysacramentosocietyblack historyafrican americansrace in americarace and culturebay areaeconomydiscriminationracismcalifornia state assemblyhousing marketreal estatehomeowners
Copyright © 2021 KGO-TV. All Rights Reserved.
RACE AND CULTURE 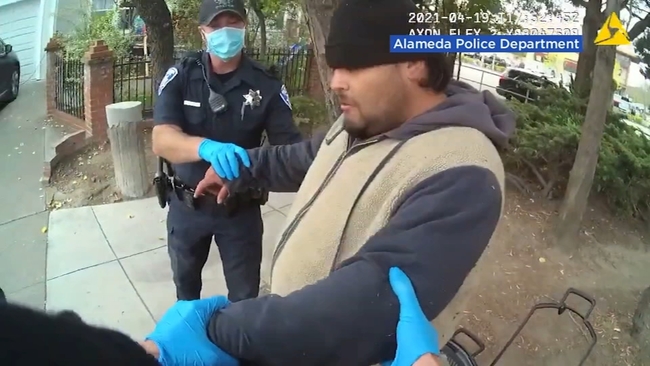