KGO
SAN FRANCISCO (KGO) -- The month of October has another name around these parts - Sharktober. With a rare sighting of a great white shark in the bay earlier this week, ferociously catching its lunch, it may seem like bad timing for swimmers to plan a race across the bay.

VIDEO: Up close and personal look at 'biggest shark ever filmed'

"It's very unique and strenuous in terms of triathlons," one swimmer said.

Every year, San Francisco's Dolphin Club still runs the old course, starting with a swim from the Rock at low tide.

Bathroom graffiti at SF Dolphin Club shows UFO above, and a shark below. (At least) one of these dangers is real... pic.twitter.com/Gwefu2Z90U

The water is cold, the currents are fierce and there's another threat.

"You know, when I first started swimming here, it was about the time that the movie 'Jaws' came out," the swimmer said.

But this is no movie. It's cell phone video of a great white shark devouring a sea lion right in the bay.


Tap to view if on news app.

"I try not to think about it when I'm in the water," a swimmer said, chuckling.

Dolphin Club swimmers have all seen the video. "It's in the back of your head, if you're not worried about it you're just thinking about it a little bit," another swimmer said.

Race organizers say there's no need to panic. "A lot of kayaks, keeping an eye, we have a contingency plan," Shark Stewards Director David McGuire said.

The Boathouse does have a boxing gym and it's been said punching a shark can help you escape.

This menacing jaw from a young white shark is already big enough to bite my entire head off. Now imagine the jaw from a fully grown great white could be three times as wide.

"They're huge and they're ferocious, if you're a seal or sea lion," Farallones Marine Sanctuary's Mary Jane Schramm said. 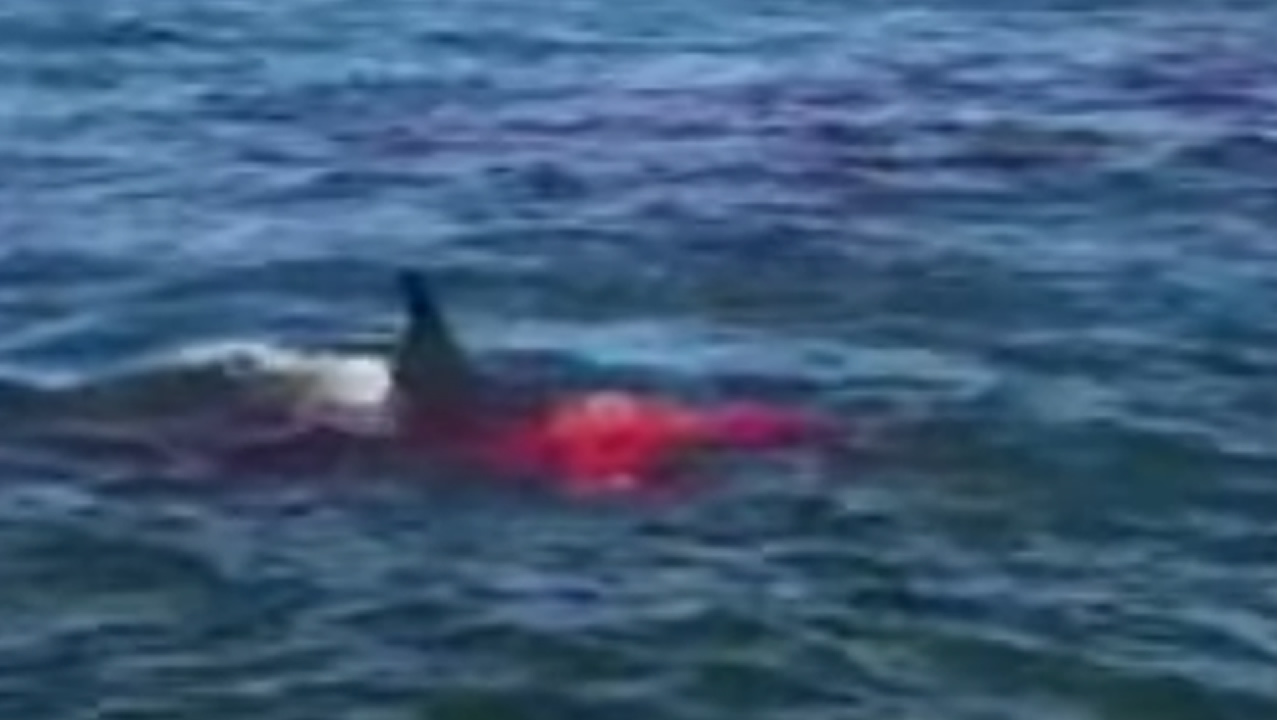 Video shows shark feeding on sea lion near Alcatraz
Video of a great white shark eating a sea lion has quickly made the rounds at the Dolphin Swimming Club in San Francisco, where quite a few members are training for a race this weekend. They'll be jumping in at about the spot where this video was shot.

In that case, don't dress like the mascot for the Farallones Marine Sanctuary, who are preparing for a big outdoor celebration.

"We've got Sharktoberfest and this is our annual celebration of the return of white sharks," Schramm said.

They lurk just off the coast this time of year and sometimes come into the bay and though swimmers don't intentionally dress like seals, "If you're wearing a wetsuit, you're dark and you look more like a seal or a sea lion," McGuire said.

But that's another thing that's different about the Dolphin Club's Triathlon.

"We swim from Alcatraz without wetsuits," a swimmer said.

The swimmers say they like their odds. "It's more likely you'll get struck by lightning, so I'm not really worried," another swimmer said. 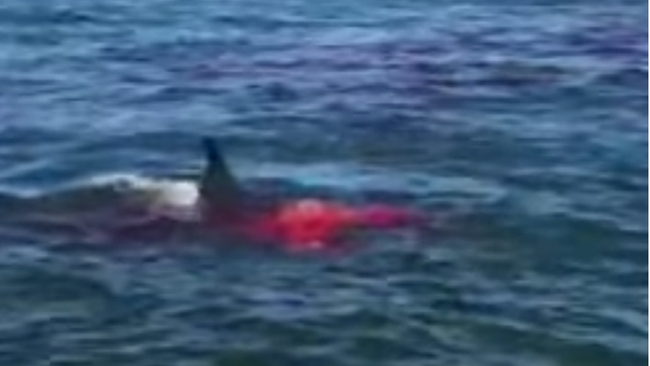 'Largest shark fin seizure ever:' $1M worth of product found at US airport
The ultimate close encounter, watch as a diver hand-feeds a tiger shark