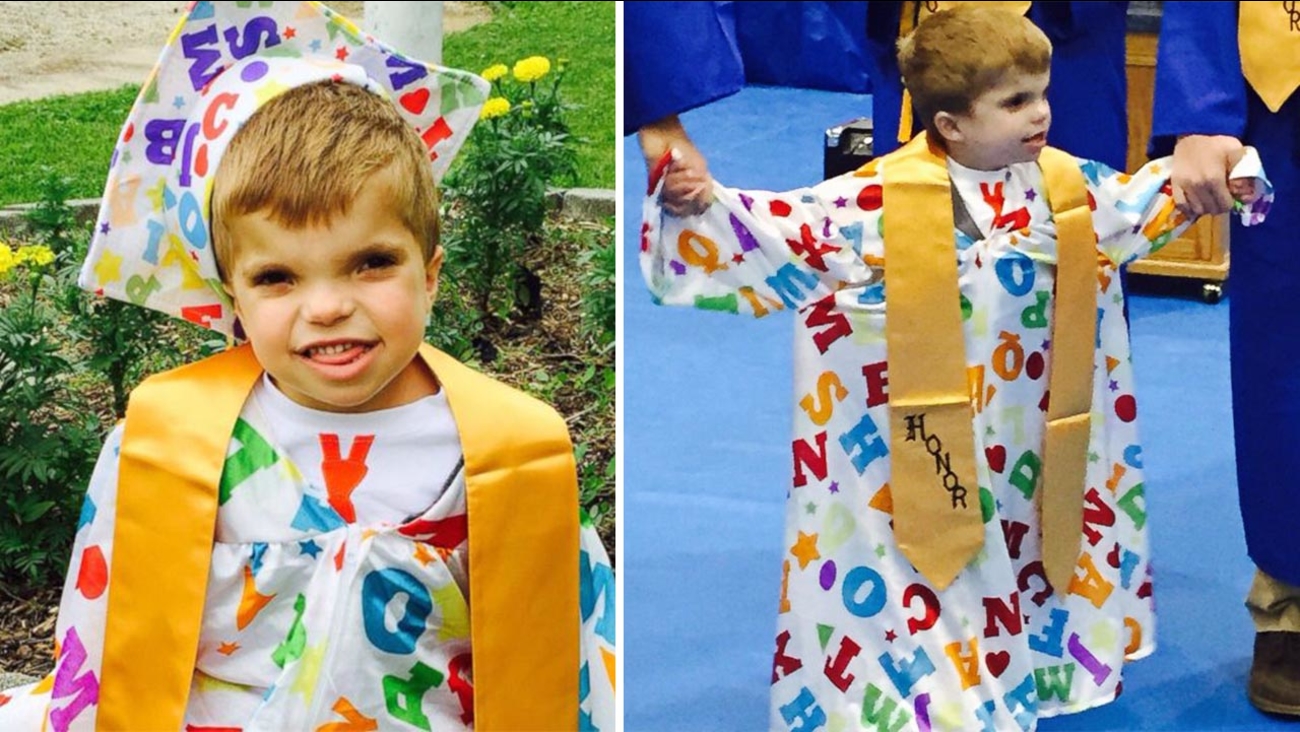 A terminally ill child was given a standing ovation when he received an honorary diploma at a high school's graduation ceremony last week. 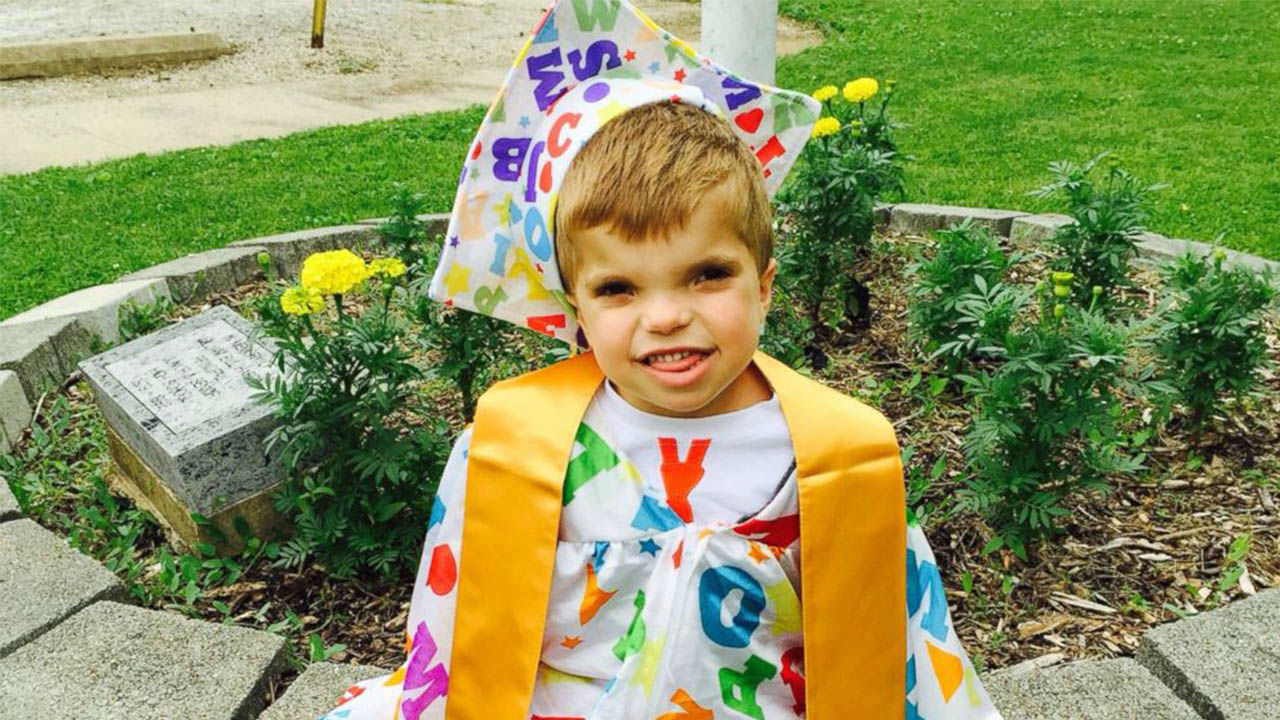 Jordan Planitz suffers from MPPH syndrome (megalencephaly, polymicrogyria, polydactyly and hydrocephalus), an illness that has left him with cognitive issues and a shortened life expectancy. But when Jordan met with students of Tri-City High School in Buffalo, Ill. earlier this year, the students were so touched by the 6-year-old that they decided to include him in their commencement ceremony.

"Earlier in the year, the principal at the time, Dustin Day, had a program called 'Principal for a Day' where he would invite sick children to the school to act as principal," Deanna Planitz, Jordan's mother, told ABC News. "Jordan was invited, and we went and met the most amazing senior class that you'll ever come across. They took care of him all day, surrounded him going up and down stairs. It was a wonderful experience."

Planitz invited the senior class to attend Jordan's birthday party in April, but the students weren't able to attend because of a scheduling confliction with a class trip.

"Then, a few days before the graduation, Day called me back and said 'the seniors came to my office and told me since Jordan is terminal and won't be able to have his own graduation ceremony, they wanted to make him part of theirs,'" said Planitz. "I was shocked. You just don't find an entire senior class with that much sincerity."

"It was bittersweet at first," she said. "I was watching all of these high school students getting up, receiving their diplomas and sitting down and knew that I won't have that. Then Dustin Day announced Jordan, who was wearing his own little cap and gown, and the class president came out into the audience and they walked him up on the stage."

"It was so loud, you couldn't hear yourself!" said Planitz. "I was crying so hard I couldn't even get pictures or video. I got to see a dream come true for Jordan and for myself."