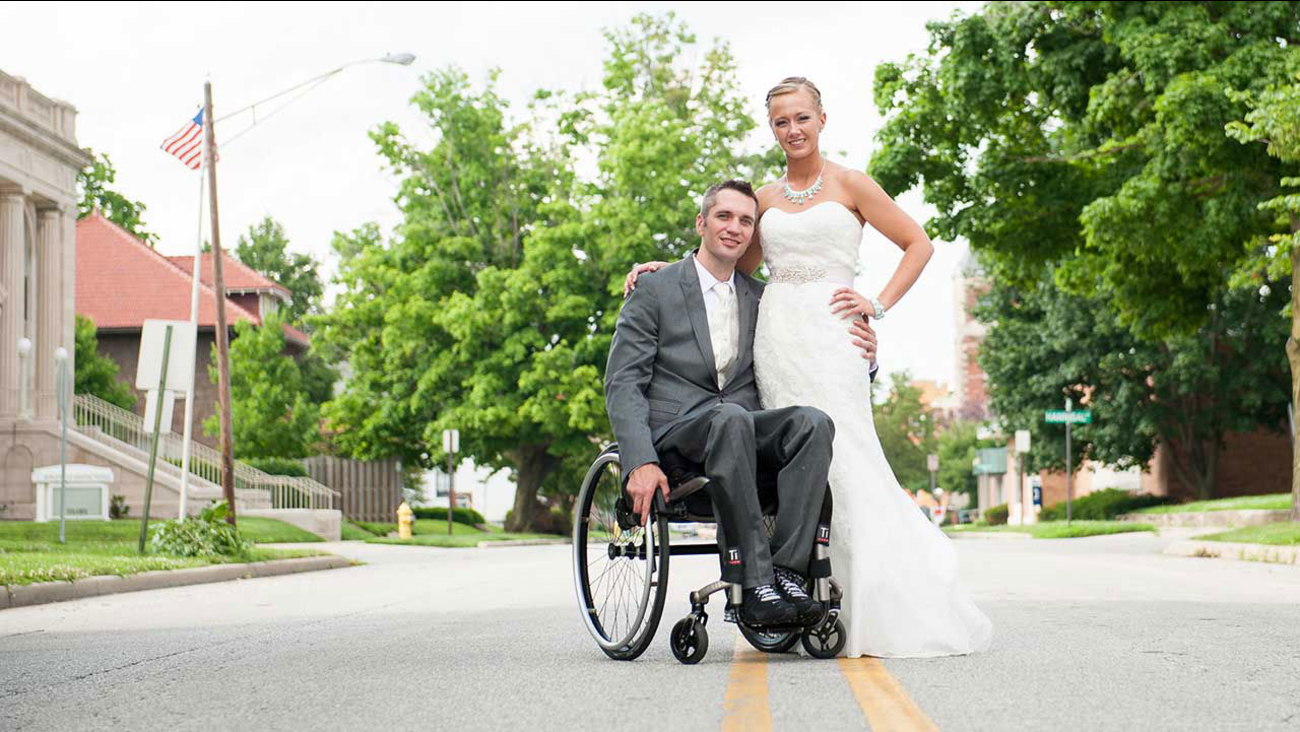 A veteran who served in Afghanistan pulled off a surprise his wife will never forget -- joining her for their first dance as man and wife without the aid of his wheelchair. 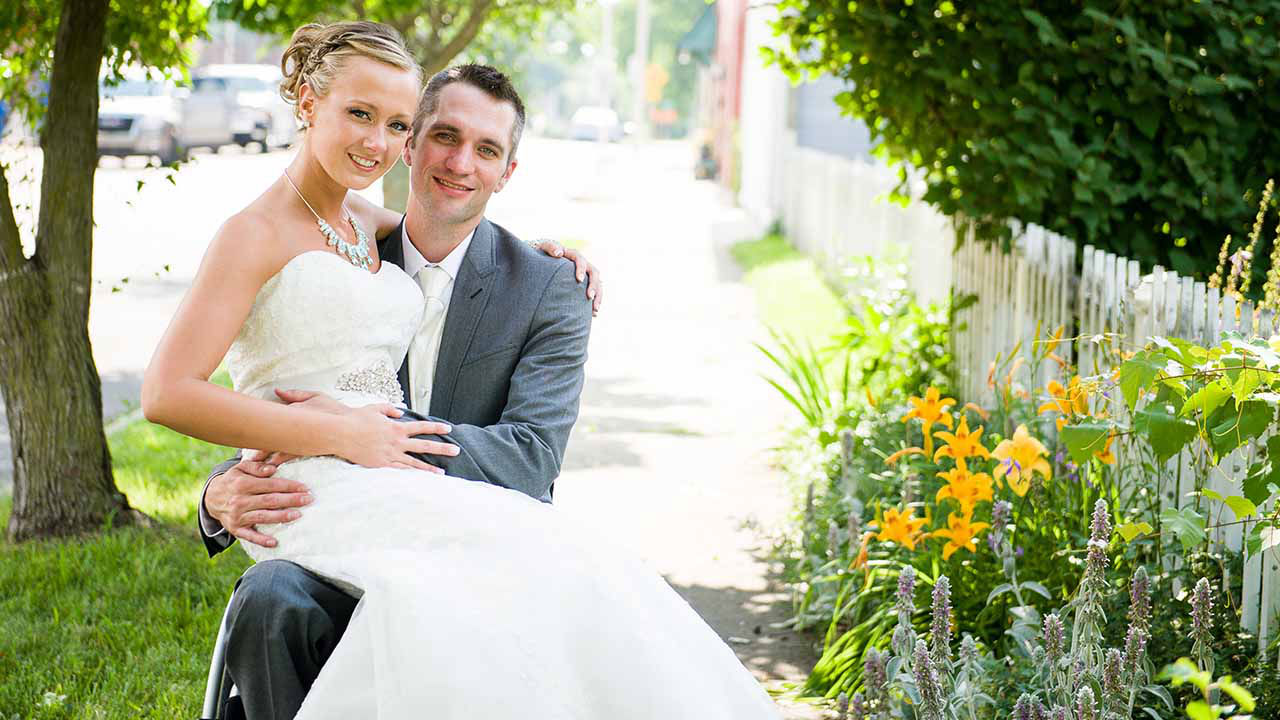 PHOTOS: Paraplegic groom surprises bride by dancing without wheelchair
A veteran who served in Afghanistan pulled off a surprise his wife will never forget when he was able to join her for their first dance as man and wife without the aid of his wheelchair.

Sgt. Joey Johnson, 27, suffered a spinal injury in a motorcycle accident just four months after meeting his future wife in 2012. He cannot feel anything below his chest and is confined to a wheelchair. Johnson's now-wife Michelle told ABC News that he suffered from post-traumatic stress disorder after serving in Afghanistan and rode motorcycles for the rush.

Just over a year after they met, Johnson proposed in April 2013. They set the date for June 28, 2014 -- the day before their shared birthday.

Michelle is a wedding planner in their hometown outside of Indianapolis, but there was one element of their reception that she had no idea was in the works. Johnson and his friends were working on a system that would allow to him stand for their first dance. 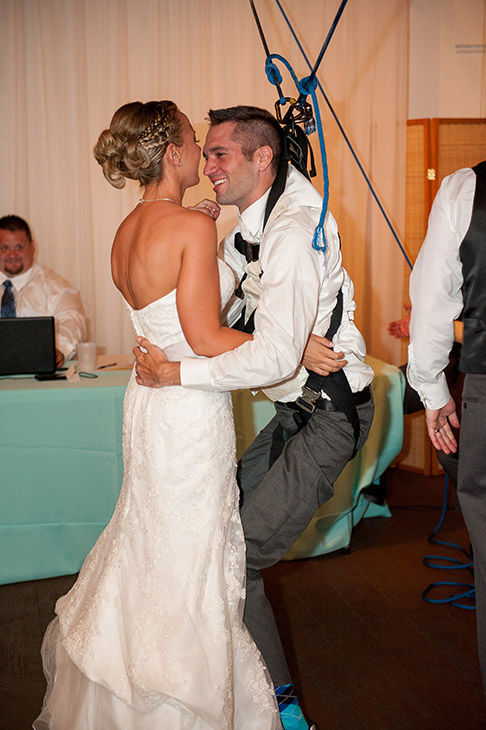 "If you know Joey, he cannot keep a secret. But he made my dreams come true and I never knew how special our day would really be," she told ABC News.

The day of the wedding, Michelle's mother and new mother-in-law told her to take a break in the bridal suite after cutting the cake. When she emerged, her husband was standing on the dance floor waiting for her.

"Everyone was crying in the room. It was so amazing to be eye to eye with him again, and such a dream come true," she said. 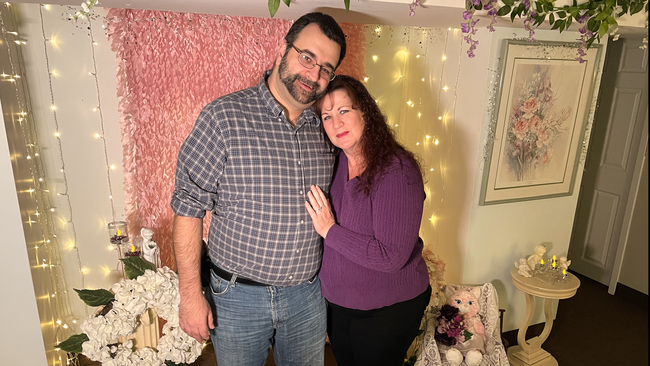 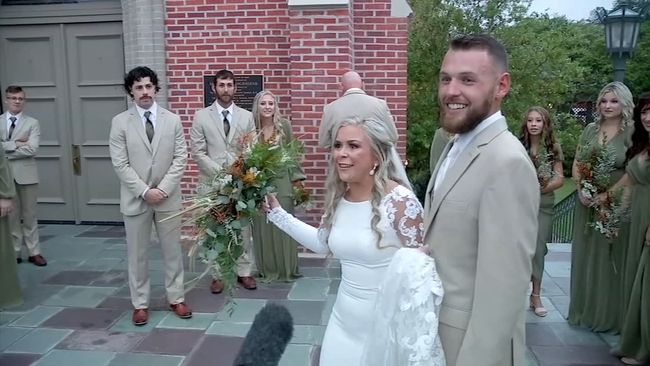 Couple beats Delta to the altar in rushed wedding 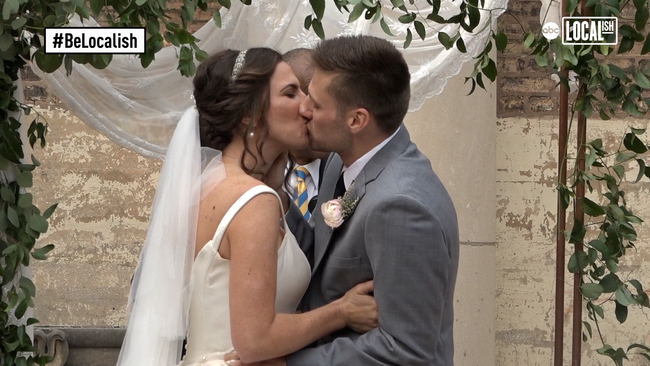 Would you get married at a pop-up wedding?
More Videos
From CNN Newsource affiliates
TOP STORIES