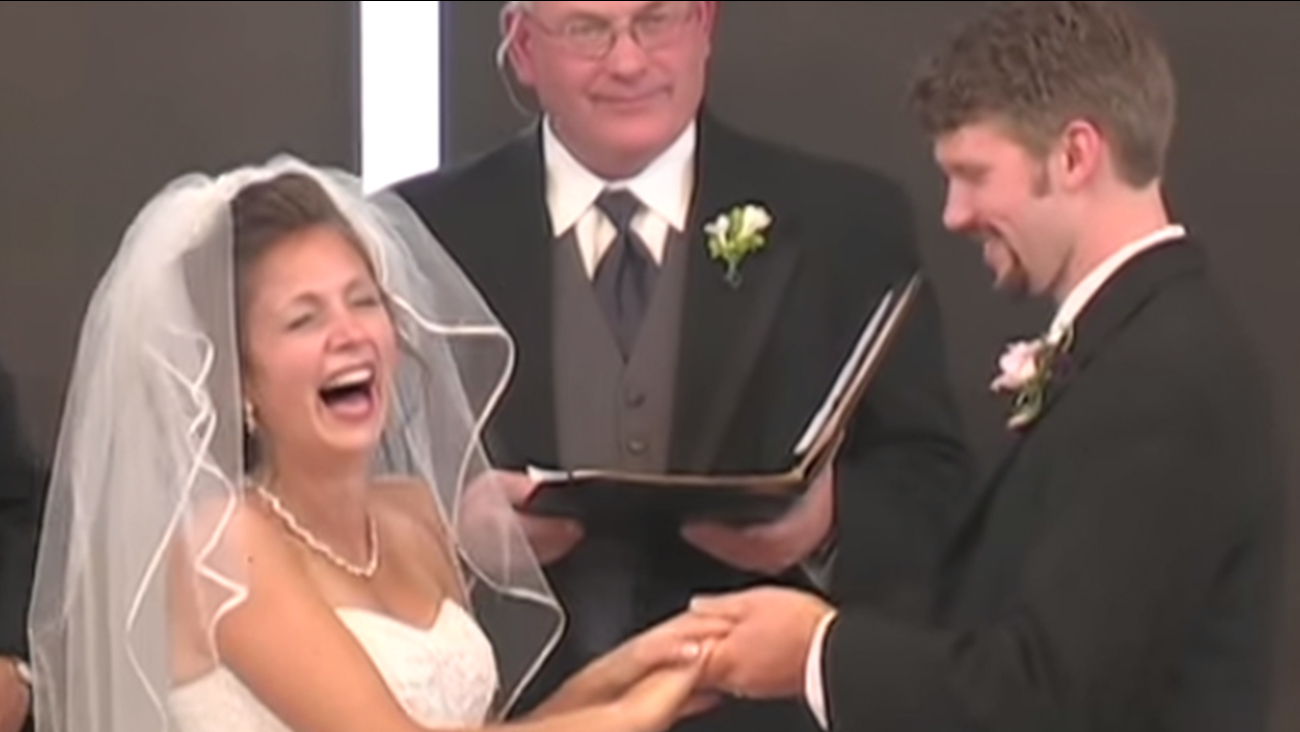 KGO
After the groom vowed to take the bride as his "waffle wedded wife," the ceremony seemed to only mildly interrupted with laughter until the bride completely lost it. Watch below.

Andrew and Melissa Engstrom seemed destined for one another, him supply the comedy, and her enjoying it in excess. Though initially she slightly chuckles, gesturing eating waffles out of her hand, her amusement over the gaffe continues to escalate to an uproarious laughter.

"I've been scared of this all my life," explained Andrew, which only fueled Melissa's laughter into a whooping cackle. "It's okay folks, I've seen this before," said the priest.

After the bride's infectious laughter was captured on video, the couple asked the wedding videographer Larry McDonough to post it to YouTube, not realizing it would go on to be viewed more than 7,000,000 times. The gaffee even landed them an interview with Good Morning America and a spot on America's Funniest Home Videos.

While the story went viral almost five years ago, the video resurfaced on Reddit over the weekend, introducing the giggly bride to anybody who had missed out. On YouTube, McDonough wrote the Engstroms are still happily married and recently celebrated the birth of their first child.
Related topics:
societydistractionfunny videorelationshipsviral videobuzzworthymarriageweddingswatercooler
Copyright © 2020 KGO-TV. All Rights Reserved.
DISTRACTION
Low flying helicopters, loud sound effects planned for 'Matrix' set in SF