KGO
By Serge Bielanko for Babble 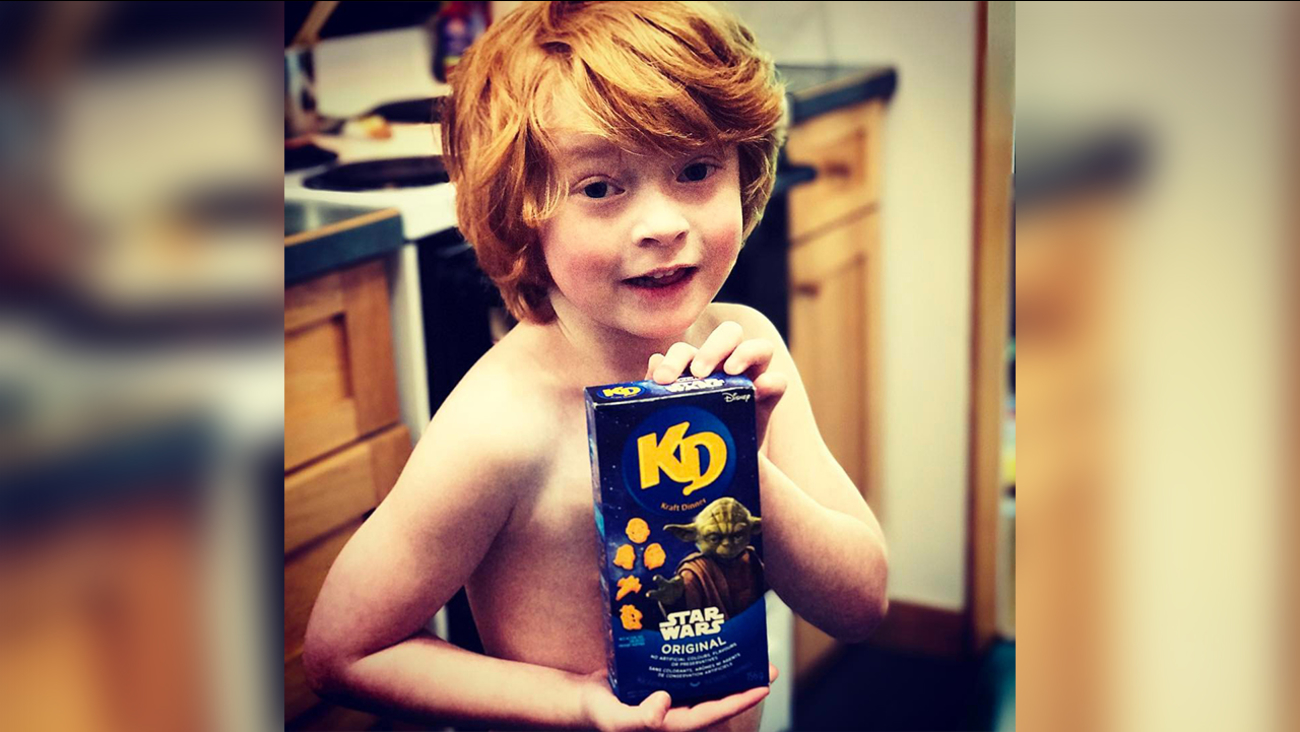 Recently, the Nanaimo, British Columbia resident was in a pickle. According to CBC News, his 6-year-old son with autism, Everett, ran out of his favorite food: Kraft Star Wars Mac and Cheese. No big deal, right? Just go down to the grocery store and buy some more.

See, the thing is, there is no more. Everett loves a mac and cheese that is all but extinct - a limited edition that Kraft only made for a short time when the latest Star Wars film appeared in theaters. And, because his son possesses that certain distinguished palate that many spectrum kids have, Reed rightfully began to worry. Here's a food that the lad WILL eat and now it's basically vanished from the Earth. Or from their part of Canada, anyway.

This is where it all gets good. Really good. Reed decided to post on his Facebook page, asking friends if they might be able to help him locate some more of the good stuff.

"As many of you know, this cutey here, Everett, is a truly unique little dude," Reed posted alongside a photo of his last box. He continued:

"He's on the autism spectrum and one of his quirks revolves around food. He doesn't eat much, if anything, at all. It's a struggle to get him his essential nutrients, and unlike most kids, no amount of 'tough love' or 'no treats until you eat your veggies' will work to coerce him to expand his diet. So, when we go through the grocery store and he says, 'I want to try that,' we rejoice! And, thanks to the power of marketing, he gravitated towards this Star Wars Kraft Dinner."

He then put the call out to the people. If anyone might see some in your local stores, could they tell him where to pick it up? Or even send it along and he'd pay! I kind of love this guy. That's what the craftiest (Kraftiest?!) dads and moms do when the going gets tough. They innovate. They find a way forward.

And sure enough, people responded, including the interstellar legend himself, William Shatner, who famously played Star Trek's Captain Kirk. Shatner came across Botwright's story and tweeted out the family's plea, asking Kraft directly if there was any way they could help.

Kraft got word of this viral search for their product and went to work. According to CBC News, they located 12 cases of Star Wars mac and cheese (aka 144 boxes) and arranged to have it all sent to Everett. All of it. For free. Plus, Real Canadian Superstore tracked down another 400 boxes for him.

A good PR move? Absolutely. But let's be fair. This is a pretty wonderful story about a dad, his son, love, Captain Kirk, and some delicious mac and cheese. Although these cases won't last forever, Everett will be eating the good stuff for at least a while longer. That has a lot to do with a very massive company doing something wonderful for one child when they really didn't have to.

So eat up, young Jedi. And don't forget to share a bowl or two with your dad.