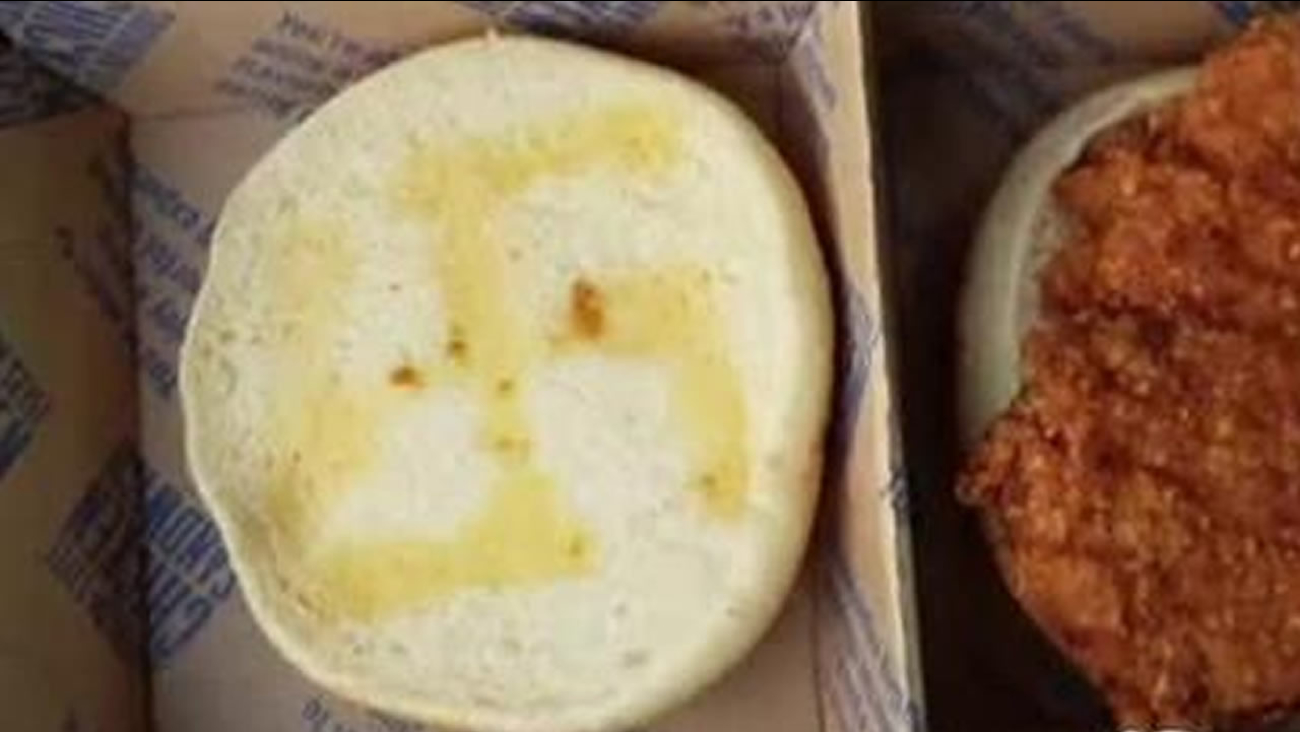 A woman in North Carolina says she found a swastika etched into the bun of a McDonald's chicken sandwich.

MOREHEAD CITY, N.C. -- A woman in North Carolina made a shocking discovery when she went to eat at a local McDonald's.

"I ordered a southern style chicken for myself and a happy meal for my daughter," said Charleigh Matice.

But this McDonald's drive-thru didn't hand her the order she expected.

"I went to put mayonnaise on my sandwich and that's when I noticed it," she said.

Matice says a Nazi swastika had been burned onto the bun of her chicken sandwich with butter.

"Is this a joke?" she asked. "Does somebody really think they're funny?"

This anti-semitic symbol was used by the Nazi party in Germany during the holocaust. Her grandfather fought in World War II.

Matice says employees offered to replace it when she went inside.

"I really didn't have an appetite at that point so I said I rather have my money back," she said.

Matice says even with the money she didn't feel satisfied, and wanted the incident addressed at a larger scale.

"Maybe it needs to be part of training maybe brought up more often so that people know that this is not okay," she said.

McDonald's sent an email with a statement from the local owner saying the employee had been fired.

It's a decision that Matice is happy with.

"I'm a loyal customer," she said. "And that's why I don't want people like that representing them."