Woman on 'Do Not Call' registry fed up with unwanted calls

KGO
By Michael Finney
SAN JOSE, Calif. (KGO) -- The Do Not Call list worked great when it started, but technology has ushered in a new problem, robocalls.

Three and a half million people have complained to the Federal Trade Commission in the past year, including a South Bay woman who asked 7 On Your Side how can she stop those calls.

Eva Runco of San Jose is on the national Do Not Call registry. She has an unpublished phone number, and call blocking to screen out telemarketers. She is still getting bombarded with calls on her landline.
Runco logged all the unwanted calls she received over two weeks. They fill several pages.

"Construction calls, credit calls, 'This is your last chance to lower your credit rate,'" Runco said.

To Runco, it seems the Do Not Call registry isn't working any more. Pam Dixon of the World Privacy Forum says Do Not Call was an answer to a 1990s problem.

Telemarketers were calling people at night, at their homes, in droves and people hated it. Fifty million Americans signed up when Do Not Call started in 2003, and it worked.

"At first, the do not call list was like magic. You would sign up and really the calls would stop, they really, really did," Dixon said.

It was the technology that changed things.

"The robodialers are kind of sneaking around the Do Not Call list and it's not the big companies," Dixon said.

Runco dialed two numbers she logged, one said the number was not assigned yet and the other was not active.

Dixon says, those numbers are fake. "That is called spoofing or phone spoofing," Dixon said.

Robocallers use computers to make phony numbers appear on your caller ID. Runco's husband goes through several steps to block those numbers, but it's pointless. Recorded voices still hawk things like free credit or tropical vacations. Mostly they're scams.

"They may sound good on the phone but ugh, they are trouble waiting to happen," Dixon said.

Dixon says an unlisted phone number will make it harder for robocallers to find you. If it's really bad, try universal blocking. Callers must identify themselves which scares off scammers.

Runco says calls did decline when she unlisted her number, but she wonders if there's a way to stop them entirely.

"I think there's so much high tech, it could be done, you know," Runco said.

The FTC agrees.. The agency is sponsoring another contest this year in its search for technology that can identify rogue callers. Last year, the winner developed an app that blocks calls to mobile phones. Who knows what will happen this time around.
Related topics:
societysan joseftctelephone7 on your side
Copyright © 2021 KGO-TV. All Rights Reserved.
RELATED 7 On Your Side: Woman hopes to reunite special ring with owner 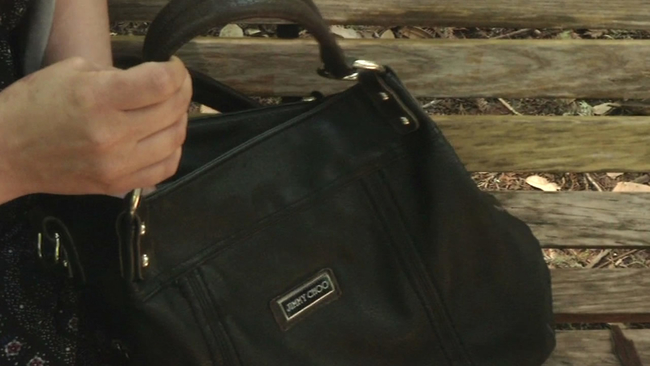 St. Dorothy's Rest
7 ON YOUR SIDE
Lawsuit filed against Bank of America for unemployment fraud
Former cybercriminal shows how easy it is to fool CA EDD