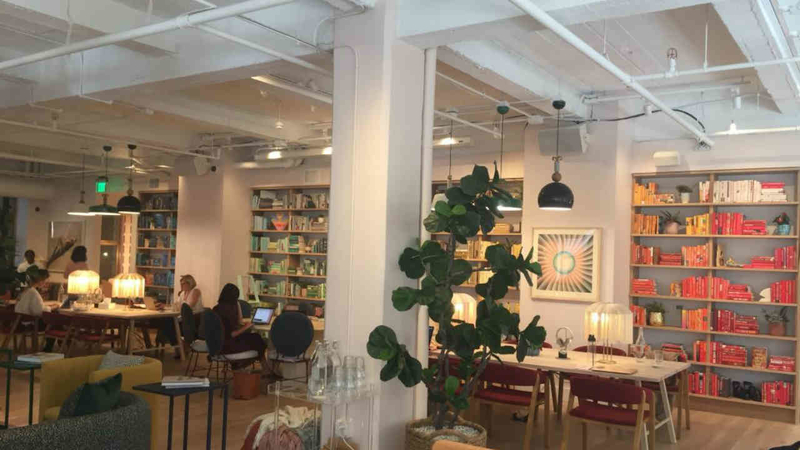 "We wanted to create a space that was designed for women with women's needs in mind," said Co-Founder and COO Lauren Kassan.

Inside the Grand Room there were meetings, women working and lounging. The book shelves are filled with books by women and about women. There's a cafe. Conference rooms are named after notable women like Christine Blasey Ford and author Amy Tan. Phone booths like the "Elaine Benes dancing queen" offer more privacy. The personal space section even more so with a beauty room, locker rooms and a pump room.

"We'll store your milk if you need somewhere to store it," said Kassan.

Kassan says the club's name has a few different meanings including a room of one's own, an extension of your home as well as the idea of lifting up other women.

The space will feature events with notable public figures.

The Wing is not without controversy. In New York City, The Human Rights Commission tells ABC7 News there is an open and ongoing investigation for possible violations of New York City human rights law, which prohibits discrimination in New York City.

Kassan would not address the investigation on camera. She says anyone can apply for membership.

"We have non-binary members, self identifying women, we have gender non-conforming women," said Kassan.

The Wing also publishes its own magazine called "No Man's Land."

The Human Rights Commission has an open & ongoing investigation into The Wing in NYC for possible violations of NYC human rights law. What do you think? Is a women’s club discriminatory?

"Alec is a man I guess in No Man's Land," said business owner and work at home mom Adrienne Olds-Blank who was holding her 6-month-old son.

"I was just really inspired by the mission here at The Wing how they empower women they lift them up," said Olds-Blank.