SANTA CLARA COUNTY, Calif. (KGO) -- When a B-17 landed at Moffett Field, the sights and sounds and smells of it fired a lot of memories. Roy Delpier's sons, Dennis and Terry, had counted on that.

"The only time he talks about it is when somebody brings up the subject," said Terry.

RELATED: At least 7 dead when vintage WWII plane crashes in fireball at Bradley Airport in Connecticut

"There were a lot of heroes out of the 40s, and my father was one of them," said Dennis.

Roy is 91, an age when nothing comes easy, except maybe the urge to let up, a bit.

Before running the admissions office at San Jose State University, Roy spent 20 years in the Air Force -- a career documented by photographs and all the other stuff in these boxes on the kitchen table.

"And then this piece of flak hit me in the leg on one of those missions," Roy said.

He flew 24 missions, to be exact, piloting one of those very same B-17's over Germany in World War II. A plane that Roy named 'Ruthless' after the new bride he missed back home in the states.

"Well, we hoped to be ruthless in a vicious sense, but I was ruthless without my wife. Her name was Ruth."

Actually, three World War II planes flew into Moffett, part of a see, touch, and walk through them moving museum. The Collings Foundation has put these planes on display for 30 years as a way of honoring history, and the men who made it.

"I don't know how much longer we will have him; to capture this moment in the plane again with him and our remaining family is just important," said Terry.

The flight would last 30 minutes, but it carried Roy and his sons 65 years into a family's mostly unspoken lore.

Roy could easily have been one of the 30,000 Americans who died in B-17's during World War II.

"We all knew what we were doing, and if it happened, it happened. That's all," said Roy.

But for all the fun they had up here, there was one irony in the back of Roy's mind: The fact that having flown Ruthless 24 times during the war, Roy was ruthless again, and in the most permanent sense. She passed away six years ago.

But Roy did not linger there, for long.

When the flight ended, he posed for maybe his last picture, ever, with a b-17.

It shows a father and two sons connecting on the day when a life and a family history came full circle.

"Roy, is anything easier at 91 years old?" Freedman asked.

"Nothing is easier, except loving my sons," said Roy. 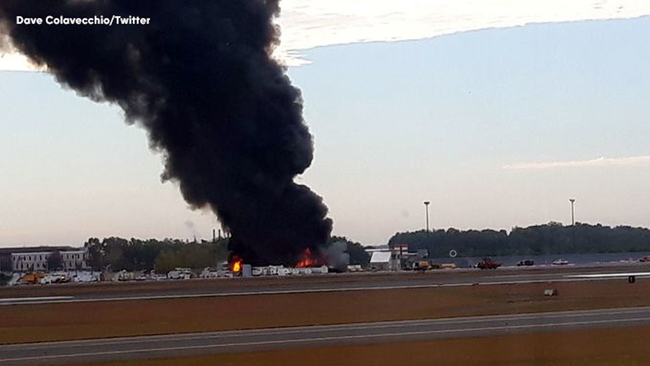