KGO
By Kate Larsen
SONOMA, Calif. (KGO) -- A man was arrested in Sonoma Tuesday morning after authorities say he abducted and sexually assaulted a teenage girl while she was walking to school.

The Sonoma County Sheriff's Department says it happened just before 8 a.m. Tuesday while the 14-year-old girl was walking to Altimira Middle School.

Investigators say the suspect passed the girl and then made a u-turn.

"She thought the car might be lost and the car door swung open and a male subject grabbed her and drug her into the car," said Sonoma County Sheriff's Lt. Andy Salas. "She was sexually assaulted. I understand that after the assault took place, the suspect drove her back to a different location."

In a letter sent home to families from the Sonoma Valley Unified School District, the Superintendent said:

"This strong, brave student came to the office and reported the issue and police arrived quickly." 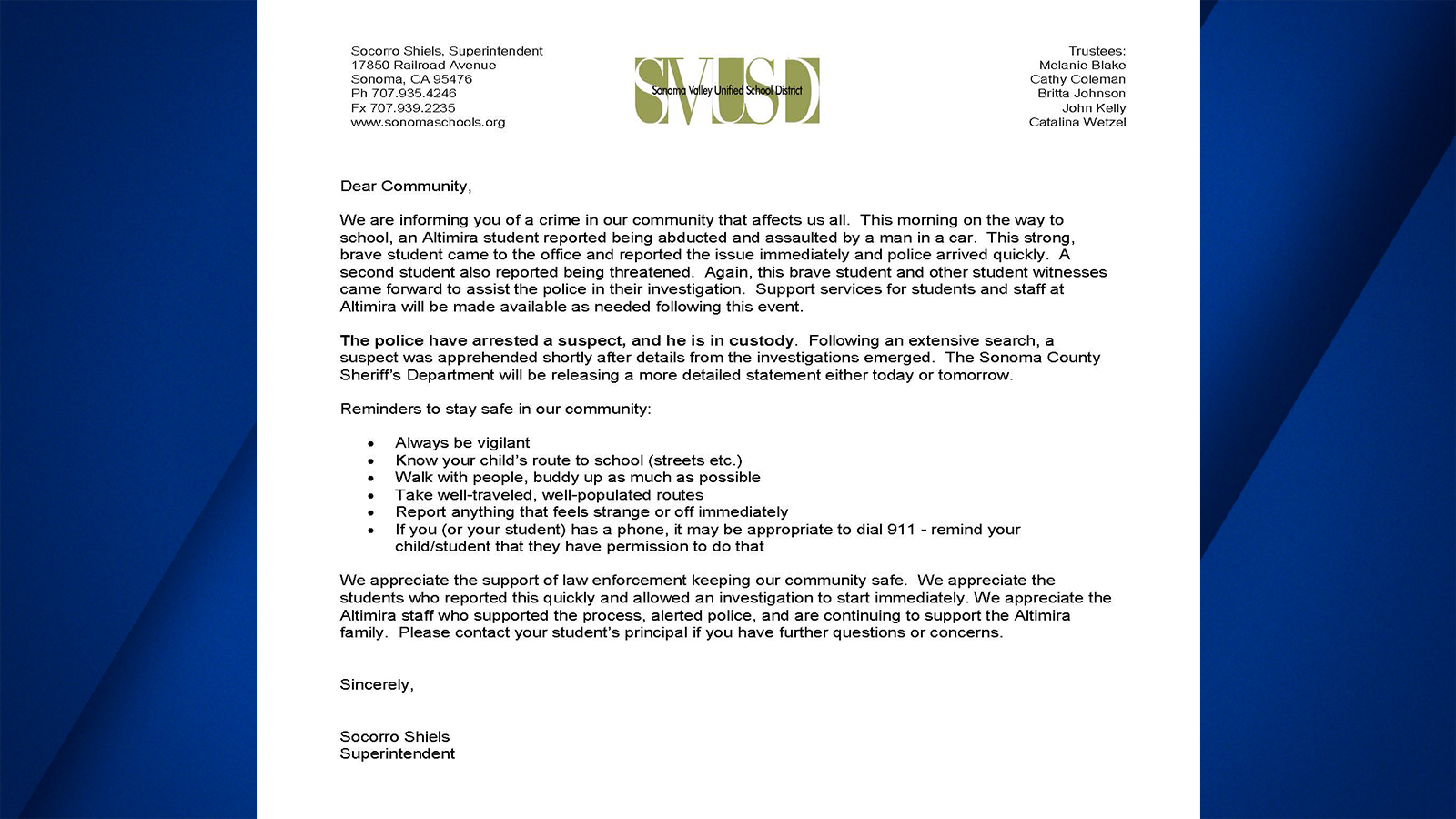 While police were talking to the victim at school, a second incident was reported nearby, involving another student.

"Same kind of situation, the vehicle pulled up close to her and tried to drag her in the car and I understand that she fought back and ran away from the car," said Lt. Salas.

The Sonoma County Sheriffs Department says that every unit in Sonoma Valley responded to the area near the school and found the suspect, a man in his 40's, inside a car matching the victims' descriptions.

"I do not know if he's a sex offender, I do know that we've had prior contact with him," said Lt. Salas.

Parents and district employees at a school board meeting Tuesday night were disturbed to learn about this type of crime in their neighborhood.

"I would lock my kids down after hearing about this, so I think a lot of parents are going to be on a total alert," said concerned parent Anne Ching.

"As big as the world is, stories like this really come home to you and I think that everyone will really take stock in this because kids walk to school here," said SVUSD employee Kambiz Dehzad.

Dehzad is now worried about the safety of his grandson, who's in Kindergarten.