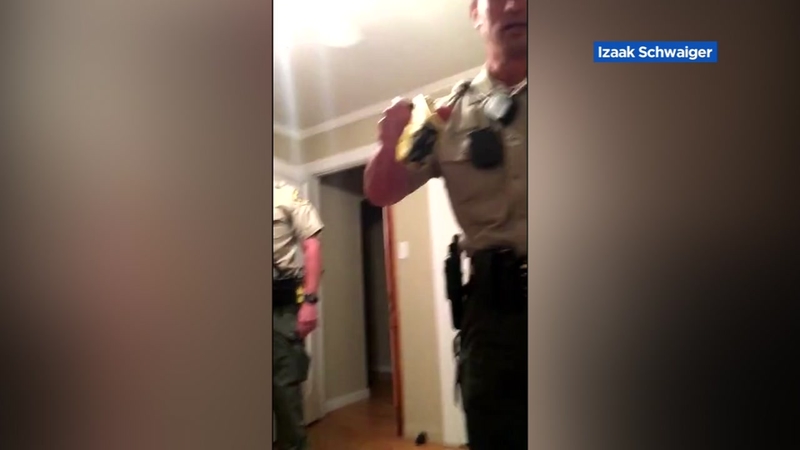 BOYES HOT SPRINGS, Calif. (KGO) -- New video shows a confrontation between a man and a Sonoma County sheriff's deputy, who is now charged with felony assault.

Fernando Del Valle recorded the 60 second video last September in his Boyes Hot Springs home. Deputies were called out by neighbors who heard Del Valle and his wife arguing. He says they broke down his bedroom door.

His attorney says he refused to stand, and was Tased two or three times and hit by a baton 15 times. Deputy Scott Thorne is facing charges of felony assault by a public officer and is scheduled to go on trial in June.