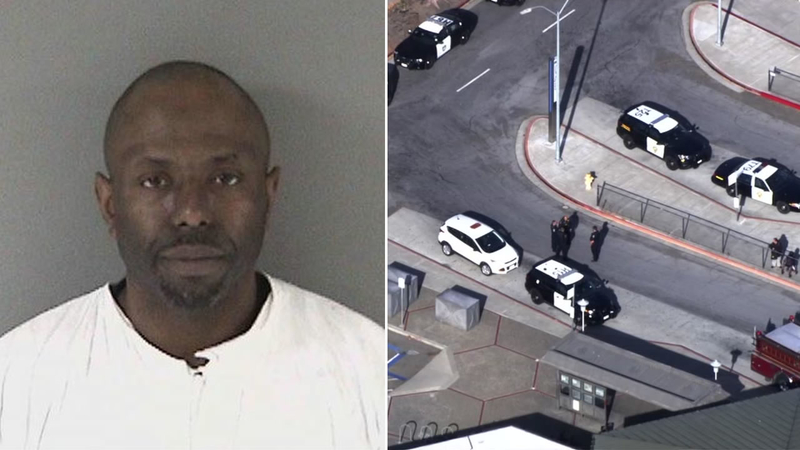 HAYWARD, Calif. (KGO) -- The suspect accused of stabbing another BART passenger to death during a fight on a train at the South Hayward station is expected in court today.

Police say Jermaine Brim had walked away from an area hospital and was listed as a missing person "at risk" when he wandered into the train.

Brim was shoeless and was attempting to steal the shoes off a sleeping BART passenger when 49-year-old Tyrone Hodges stepped in, authorities say. According to police, they got into a fight and Hodges pulled a knife. Brim got a hold of the knife and stabbed Hodges to death, police say.

Family members say Hodges was about to become a grandfather. They describe him as a loving father who was always trying to help people. His family is not surprised, saying he always stood up for what was right.

"He always tried to help people. I'm not shocked to hear he tried to help somebody the other day," said Aliyah McGrue, Hodges' niece.