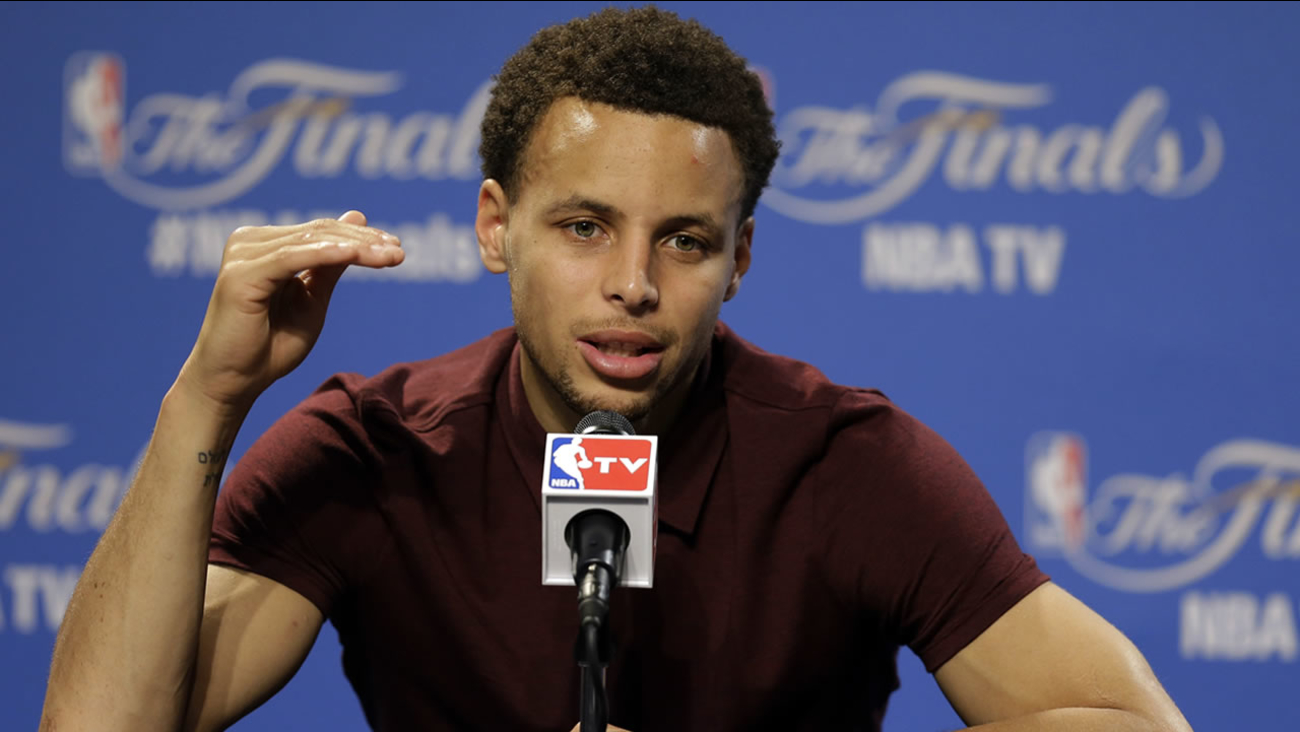 CLEVELAND (KGO) -- The Golden State Warriors are headed home after a critical win Thursday night in Cleveland. Now it's time to get ready for Game 5.

Andre Iguodala started Thursday night instead of Andrew Bogut, scoring 22 points. Iguodala did a great job defending LeBron James and Steph Curry got his touch back and dropped in 22 points.

A big scare for Cavaliers fans came late in the second quarter when James collided head on with a cameraman and suffered a bloody gash to his head.

James ended up getting some stitches in his head and said he had a slight headache.

Even though it's an off day, Warriors fans are everywhere.

Now 6 a.m. is normally not a time for cheering, but this isn't a normal morning for people heading to work on Caltrain at the Diridon station in San Jose.

Fans are excited and relieved about the Warriors big Game 4 victory against the Cavaliers.

"I had a good night's sleep, the best one in the last couple of days," San Jose resident Jeremiah Mendoza said.

Warriors fans put on their royal blue and gold gear Friday and even businesses are getting into the spirit.

At the Safeway checkout counters, Western Conference Championship and NBA Finals t-shirts are on display.

Peets Coffee was selling "Warriors Grounds Coffee," described as a dark roast, but like many Warriors items, it was sold out at stores and online.

Resale tickets for Game 5 are available on the Warriors' website. The cheapest are about $750 and the most expensive are over $55,000.

Most fans are relaxed now that the series is tied 2-2 and won't stress about getting tickets.

Gilroy resident Christine Garcia says everyone in her family is breathing a sigh of relief after the win.

Click here for a list of bars and restaurants that are holding watch parties for Game 5 Sunday.

#DubsOn7: #Warriors beat #Cavaliers 103-82 in Game 4 of #NBAFinals and tie up the series! #Dubs #DubNation pic.twitter.com/Y6SYvWN9sX

Warriors remain only team in NBA to not lose 3 straight this season. GSW improves to 6-0 after back-to-back losses. pic.twitter.com/ivMucRaDIQ

Two down, two to go. We see you reppin' the Bay, @warriors. #DubNation #BayOfChampions pic.twitter.com/F93Y6m3Yop

See you at Game 5, #DubNation.

Love that I can hear the #DubNation chanting @warriors in enemy territory. #DubsOn7

"It's hard to keep up with us, and we're going to try to keep it going." - Andre Iguodala pic.twitter.com/41cZeELUv0