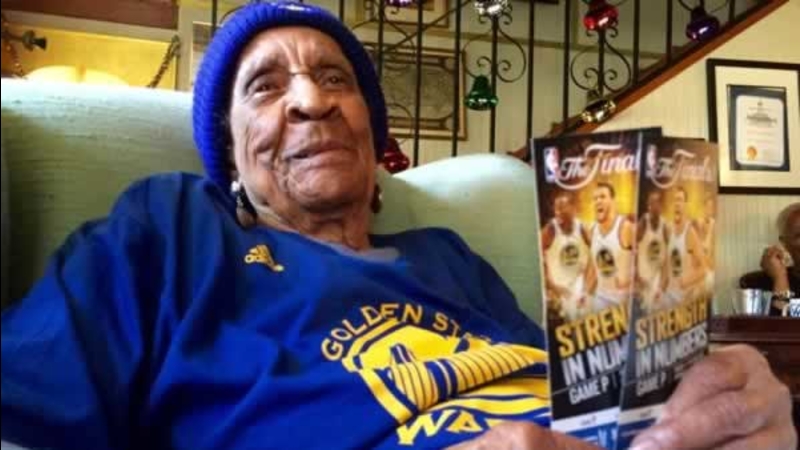 OAKLAND, Calif. (KGO) -- Among the sell-out crowd at Oracle Arena Thursday night, one fan may stand out more from the rest. She's over a century old and is becoming legendary among Dub Nation.

With her daughter's help, 105-year-old Sweetie is putting on her Warriors gear. She says she woke up at 4 a.m., realizing it's a special day.

"I know it. I know it's very special and I'm very happy," Sweetie said.

Sweetie overwhelmed but loving Game 1 at Oracle Arena! At 105 she is the oldest Warriors' fan! pic.twitter.com/heAUNnOj0O

Sweetie is the Warriors' oldest fan. She began following the team with her late husband and now watches every game on TV.

"When a team's as good as the Warriors, we should all be fans," Sweetie said.

Sweetie shows her tickets for Game 1 of the Finals! The 105 yr old Warriors fan is pumped up! #dubson7, #dubnation pic.twitter.com/Hm1MVaWP2y

She's at Oracle Arena for Game 1 of the NBA Finals with tickets compliments of Alameda County Supervisor Nate Miley.

Sweetie isn't smiling on the outside but inside? Excited!!!This is Warriors COO Rick Welts! #dubson7 #dubsnation! pic.twitter.com/4bjYyVsmlA

Sweetie said she doesn't want anyone disturbing her as she focuses on the game and her favorite player, number 23.

When asked what she thought about Draymond Green, Sweetie responded, "He's been giving us three-pointers at a time when we need them most."

"I think that's dope. I've only been here three years and she's 105. I must have done something to make a mark," Green said after hearing what Sweetie said.

Sweetie's devotion to the team is becoming legendary and, after a public shout out from Coach Kerr, the Dub Nation matriarch is likely to run into her own fans at Oracle Arena.

When asked how she'd respond, Sweetie said, "I'll say, 'This is Sweetie. You saw me on television, what do you think about me now?'"

Sweetie says she doesn't want anyone talking to her tonight at the Finals while she's focused on the game! #dubson7 pic.twitter.com/86cf11Uivm 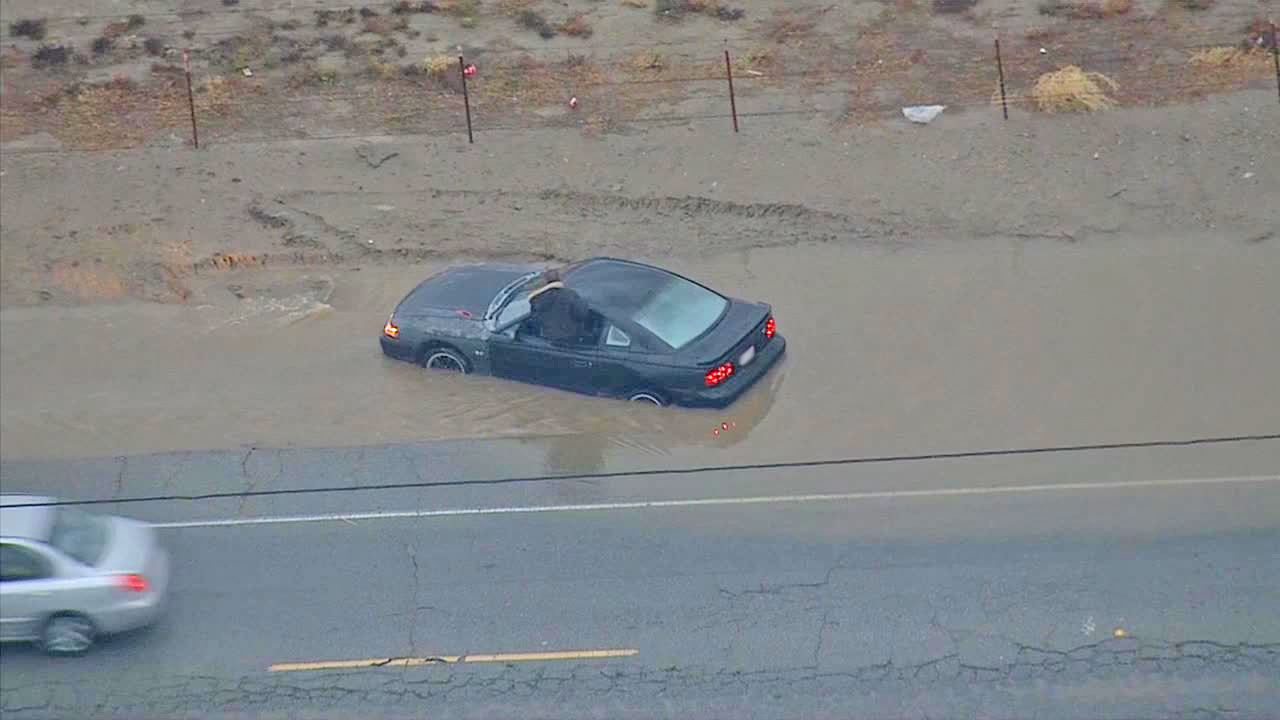