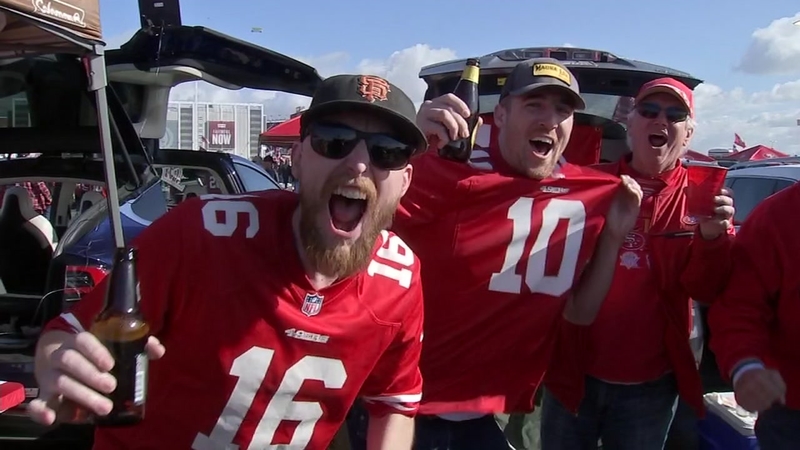 SANTA CLARA, Calif. -- The 49er Faithful were out in force at Levi's Stadium Saturday, hungry for a divisional playoff victory and that's exactly what they got!

"We had the win, no doubt, who's got it better than us? Nobody," said one group of Niners fans.

"We're going to the Super Bowl and going to take it this time," said another fan.

The mega pregame tailgate party was "gold blooded," and maybe the biggest yet.

We found Wayne Larson tailgating in his Tesla.

"It's a great car for tailgating it fits a lot of stuff," Larson said.

Bobbi Lince showed us how committed she was to the team, even the DMV knows it. Her license plate reads "BL 49er."

"Once a fan, always a fan- there's no stopping us now," said Lince.

More than 71,000 fans attended the sold-out game, according to 49ers staff.

The fans could be heard blocks away from the stadium.