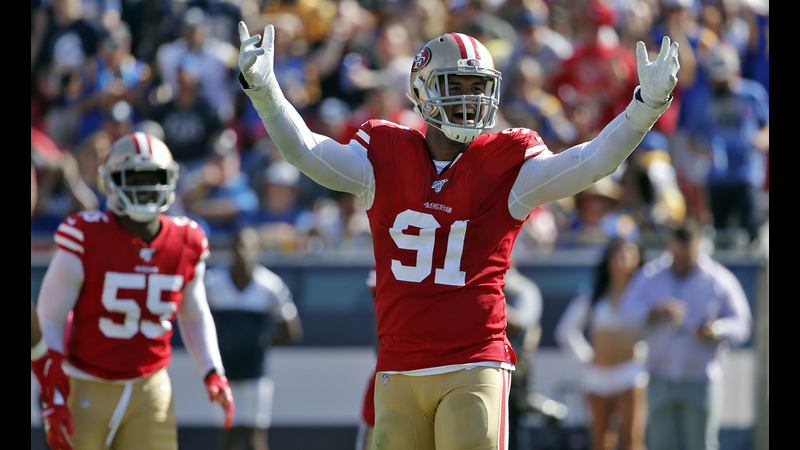 LOS ANGELES (KGO) -- The 49ers' defense shined as San Francisco defeated the Los Angeles Rams on the road to remain one of two undefeated teams in the NFL.

With Sunday's 20-7 win in LA, the 49ers improved to a 5-0 record, keeping their first place position in the NFC West over the Seattle Seahawks at 5-1.

The victory just happens to fall on the birthday of Hall-of-Fame 49ers receiver, Jerry Rice.

Happy Birthday @JerryRice . I just interviewed the 🐐 earlier this week. “I still have 80 catches in me.” Video ➡️ https://t.co/xV6ELduXXZ https://t.co/o3DJsYUFEg pic.twitter.com/M9dT57gTmY

Critics will point out the Rams were missing a key component to their offense: Todd Gurley.

The star running back was ruled out with a thigh injury, which he suffered last week in a loss to the Seahawks.

The division rivals will meet again at Levi's Stadium on December 22, in the 49ers regular-season finale at home.