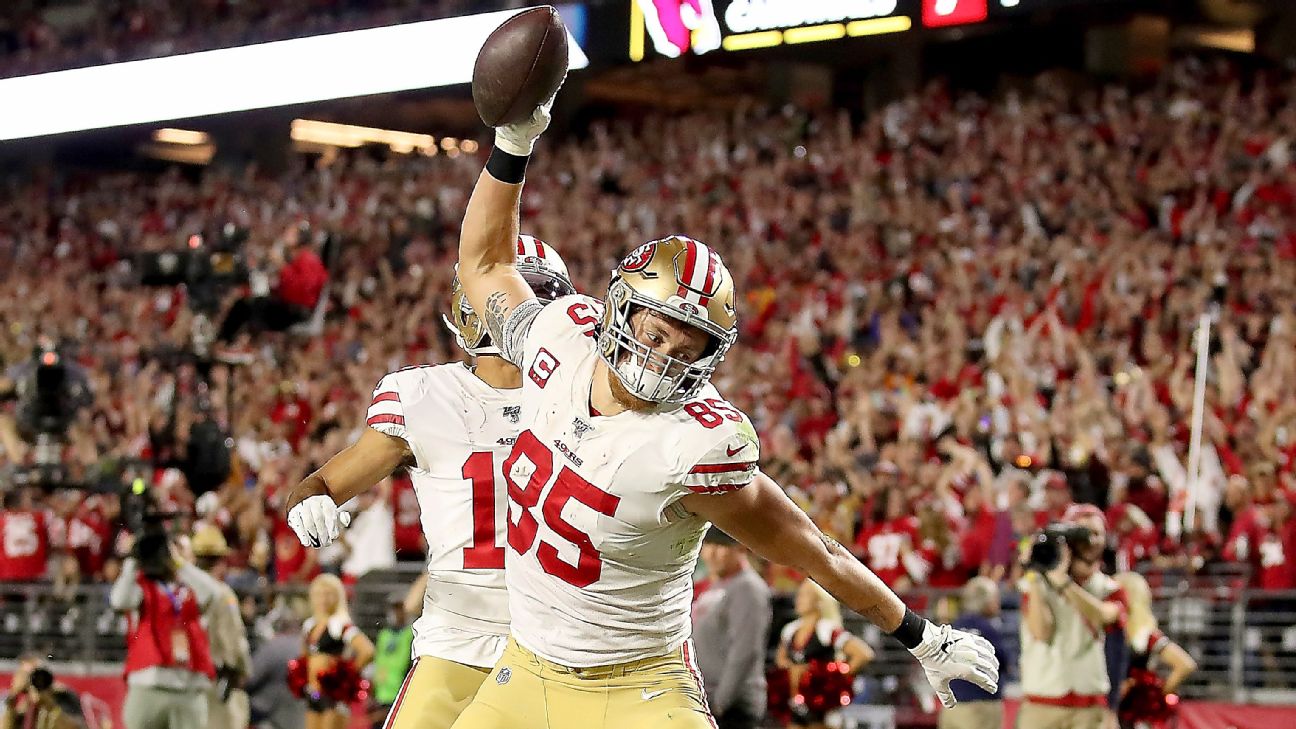 SANTA CLARA, Calif. -- While the San Francisco 49ers could welcome back three key offensive starters Monday night against the Seattle Seahawks, they could also be missing perhaps their most indispensable player.

On Saturday, the 49ers officially labeled tight end George Kittle as doubtful for Monday's game after he suffered knee and ankle injuries in last week's win over the Arizona Cardinals.

Kittle did not participate in practice all week after an MRI revealed what coach Kyle Shanahan called "two things in both areas," referring to Kittle's knee and ankle.

Despite those issues, the 49ers are holding out hope that Kittle, who has a reputation for playing through pain, will find a way to be available for the NFC West showdown.

"Just because it's George," Shanahan said. "If it was any other player, I'd probably say, 'He's out and if it goes like this he will be out.' But George isn't a guy who needs to be out at practice. He's doing everything he can, and we'll see how he feels on Monday but things would have to change."

The do-everything Kittle has emerged as perhaps the Niners' most important player. He leads the team in receptions (46), targets (57), receiving yards (541) and receiving touchdowns (two) while also serving as an integral blocker in the run game.

If Kittle is unable to play, the Niners will look to backups Ross Dwelley, who caught the game-sealing first down in Kittle's place against Arizona, and Levine Toilolo to fill the void. Fullback Kyle Juszczyk, who is set to return from an MCL injury and is not listed on Saturday's injury report, will also be asked to help.

Shanahan acknowledged that more roster moves could come on Monday, but those decisions will be made based on who can play while also factoring in special teams.

In addition to Kittle, kicker Robbie Gould is listed as doubtful after suffering a right quadriceps injury Tuesday. The Niners signed kicker Chase McLaughlin to handle kicking duties should Gould be unable to play.

The injury news wasn't all bad this week for San Francisco, which could welcome back starting offensive tackles Joe Staley (broken fibula) and Mike McGlinchey (knee), who have missed six and four games, respectively. Staley and McGlinchey were listed as questionable on Saturday's injury report. 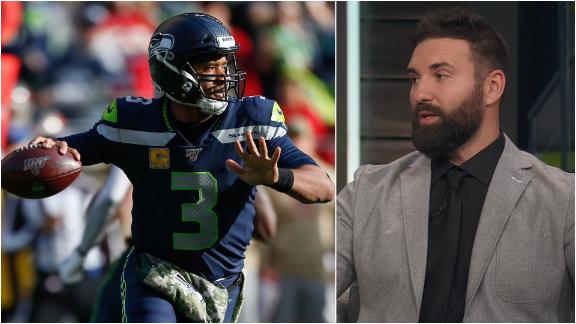