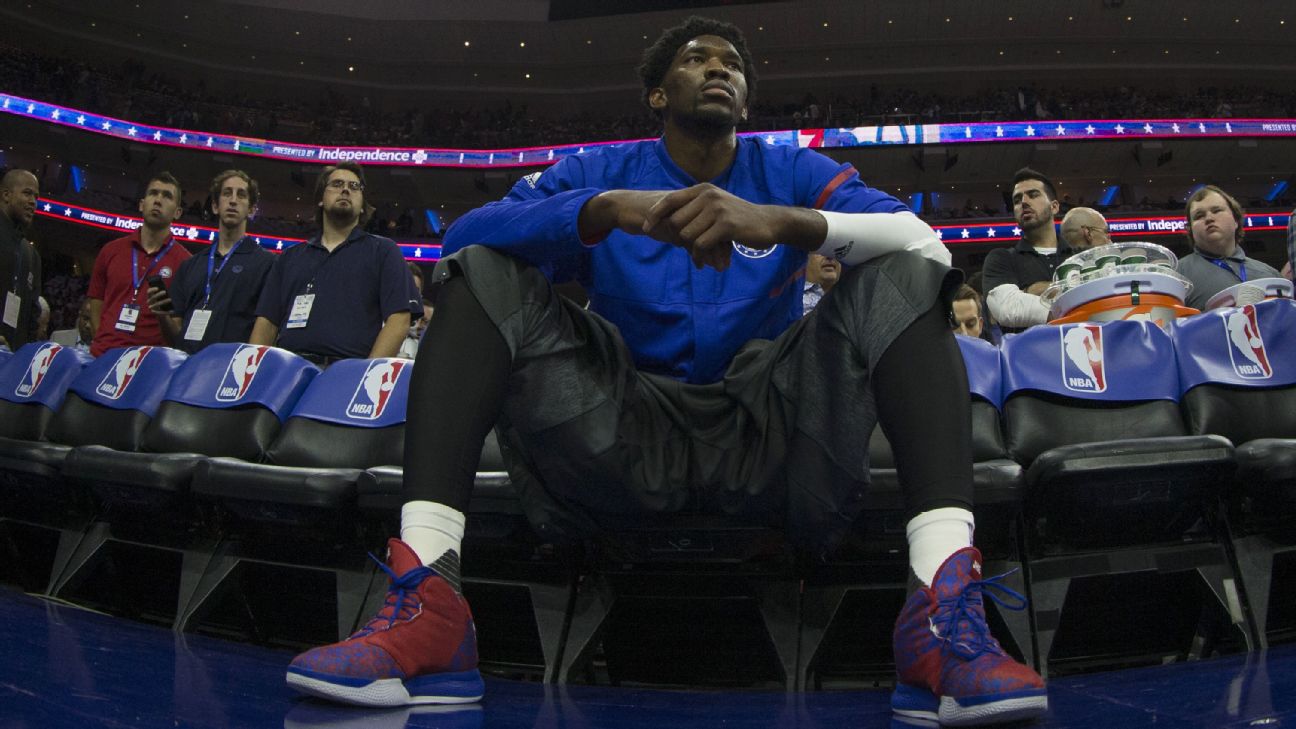 ESPN
Sixers center Joel Embiid will miss Saturday's game against the Golden State Warriors in Philadelphia. According to the league injury report, Embiid has tendinitis in his left knee.

It will be the fifth game the All-Star will miss since the Sixers announced on Feb. 20 that he would be out at least a week with left knee soreness.

The Sixers said they would have an update on Embiid's condition before Saturday's game.

On Thursday morning, Sixers coach Brett Brown had hinted that chances were good Embiid would be able to play Saturday, but later in the day backed off that optimism, saying, "We are still learning more."

The Sixers are 3-1 in the games Embiid has missed.

Before the All-Star break, Embiid had played in 54 of Philadelphia's 58 games, though he was dealing with lingering back stiffness and knee soreness before the break. He is averaging career highs in points (27.3), rebounds (13.5), assists (3.5), minutes (33.7) and free throw percentage (81.1).
Report a correction or typo
Related topics:
sportsespnjoel embiidgolden state warriorsphiladelphia 76ersnba
Copyright © 2020 ESPN Internet Ventures. All rights reserved.
More Videos
From CNN Newsource affiliates
TOP STORIES