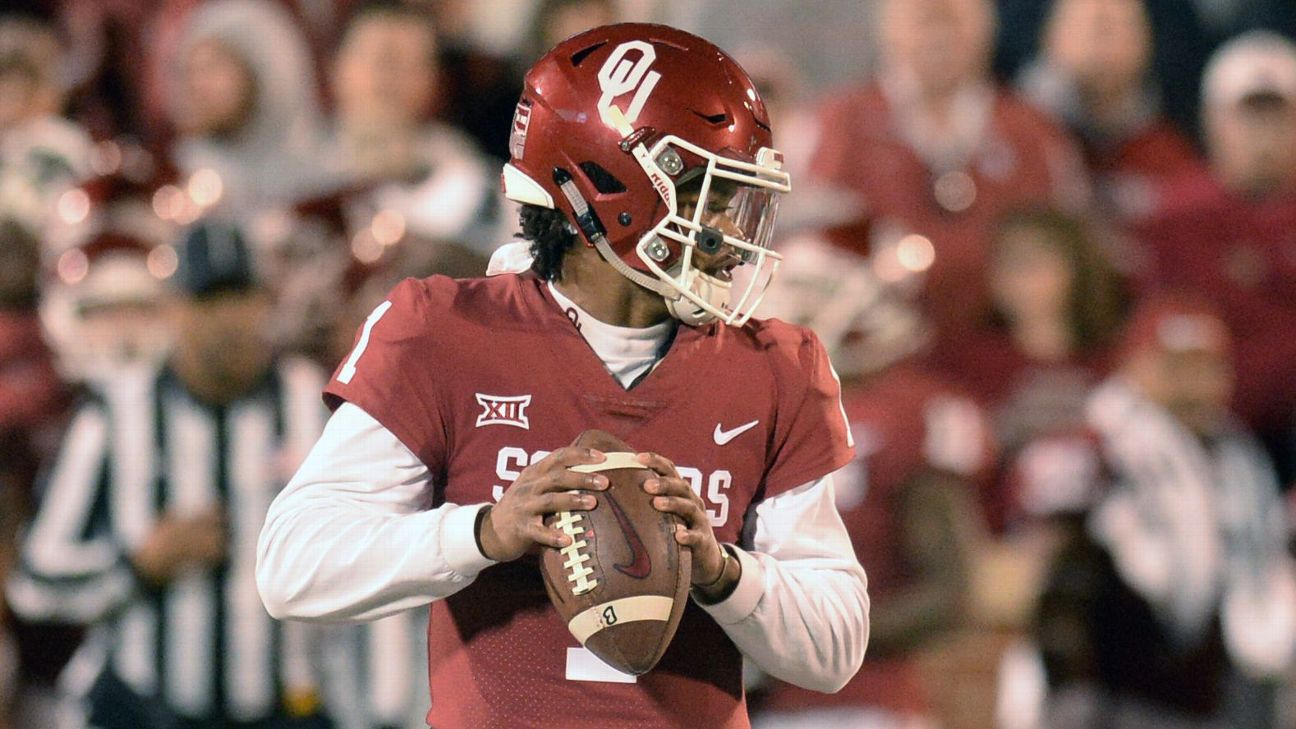 Oklahoma coach Lincoln Riley hinted Friday that quarterback Kyler Murray, a two-sport star who was a first-round draft pick of the Oakland Athletics in June, might play football for the Sooners beyond this season.

Saturday, Murray's agent, Scott Boras, said definitively that this season will be Murray's last in Oklahoma.

"Kyler's baseball career has a very defined path which includes playing football at OU for only the 2018 season," Boras told The Athletic.

The A's drafted Murray, a power-hitting outfielder, with the No. 9 pick in the MLB draft and signed him to a deal that included a $4.66 million signing bonus. The expectation was that he would join the A's when the football season was over. NCAA rules allow Murray to sign a baseball contract and still play football for the Sooners as long as he meets academic requirements.

Murray is battling Austin Kendall for the Sooners' starting quarterback spot. Riley hasn't named his starter yet, but Murray is thought to have the advantage after backing up Heisman Trophy winner Baker Mayfield last season, throwing for 359 yards and three touchdowns.

Last month, Murray talked about the deadline he faces.

"When you get drafted, you've got one year to play football and your time's up," Murray said. "I've been playing football my whole life. I don't want to look at it like that. Obviously you've got to take it one day at a time, one play at a time. That's how I've always played the game. Can't get too ahead of ourselves."

On Friday, a reporter asked Riley if Murray's mindset is different this season because he knows this will be his last one in Norman.

"Well, I'm not gonna really ... decide how I want to handle that," Riley said. "We'll see if it's his final year. That hasn't really been determined yet. I'm not worried about it if it is or if it isn't. That's gonna have no impact on this year.

"My hope through this whole thing is that Kyler is gonna be able to do what he wants to do. If he wants to go play baseball after this year, then we'll wish him well and be happy for him. But the ball's gonna be in his court, which is where it should be."
Report a correction or typo
Related topics:
sportsespnoakland athleticslincoln rileymlbscott borasoklahoma soonerscollege footballkyler murray
Copyright © 2022 ESPN Internet Ventures. All rights reserved.
TOP STORIES
What you need to know about Golden Gate Bridge toll hike
Omicron subvariants BA.4, BA.5 'are taking off like wildfire'
CA lawmakers OK nearly $308 billion spending plan
Thieves target family headed to Oakland airport
VIDEO: Coyote spotted wandering around SF neighborhood
OUSD votes to move forward with plans to close schools
Can strippers predict a recession?
Show More
OPD chief suspends 2 officers after sideshow, fatal crash
Colorado man gored by a bison at Yellowstone National Park: police
Justice Stephen Breyer announces when he will leave Supreme Court
EDD seizes man's tax refund to repay benefits it sent to scammer
July 4th fireworks come amid high fire danger, supply chain issues
More TOP STORIES News