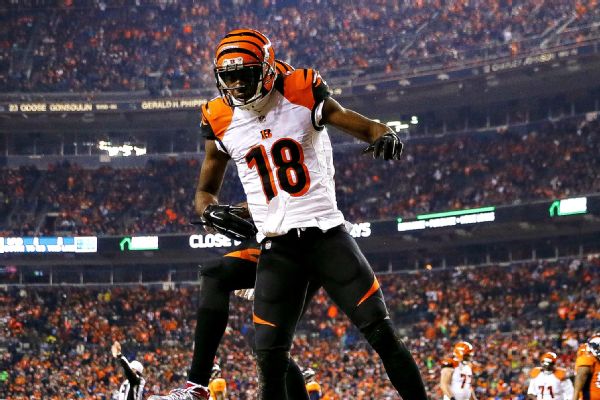 CINCINNATI -- TheBengalslost wide receiver A.J. Greenfor multiple weeks with a hamstring injury Sunday, and according to a USA Today report, running back Giovani Bernardwas ruled out for the season with a torn ACL in his left knee.

Sources told ESPN's Adam Schefter there is a chance Green will not play again this season.

Green hit the ground while trying to make a catch on the second play of the game against the Buffalo Bills, and he got up in obvious pain. He briefly stood on the sideline, held up by two assistant trainers, who signaled for a cart. Green was taken to the locker room and did not return.

Bengals coach Marvin Lewis declined to give an official update on Green's status when asked after Cincinnati's 16-12 loss.

"I don't know when he can be back, but he has a hamstring injury, I can tell you that," Lewis said.

Green is scheduled for an MRI on his right hamstring Monday.

Bernard was in the game until the last minute as the running back on passing downs and caught four passes in the final two minutes. When he got hurt is unclear, but according to WKRC-TV in Cincinnati, he was spotted being consoled by teammates and coaches in the locker room after the game.

He finished with 21 yards on seven carries.

Bernard is the Bengals' change-of-pace back and can catch balls out of the backfield in addition to being used as a traditional rusher. He has 91 carries for 337 yards and two rushing touchdowns this year and 39 catches for 336 yards and a touchdown. Bernard is second in receptions on the team behind Green.

Green was sitting at his locker after the game, but he declined to talk to the media.

"I just talked to him a little while ago," said teammate Domata Peko. "He said he's going to take it day to day."

"He's our leader and the best playmaker we have," said running back Jeremy Hill. "When you lose him, it definitely hurts the team."

A five-time Pro Bowler, Green was on track for his sixth 1,000-yard receiving season this year. With 964 receiving yards on the season, he came into the game trailing only Atlanta Falcons wideoutJulio Jones in that category.

Green has four touchdowns for the Bengals this season.

Green exits game with hamstring injury
Bengals wide receiver A.J. Green suffers a hamstring injury trying to make a catch on his first target of the game and is carted off with an injury. He would not return to Sunday's game against the Bills. 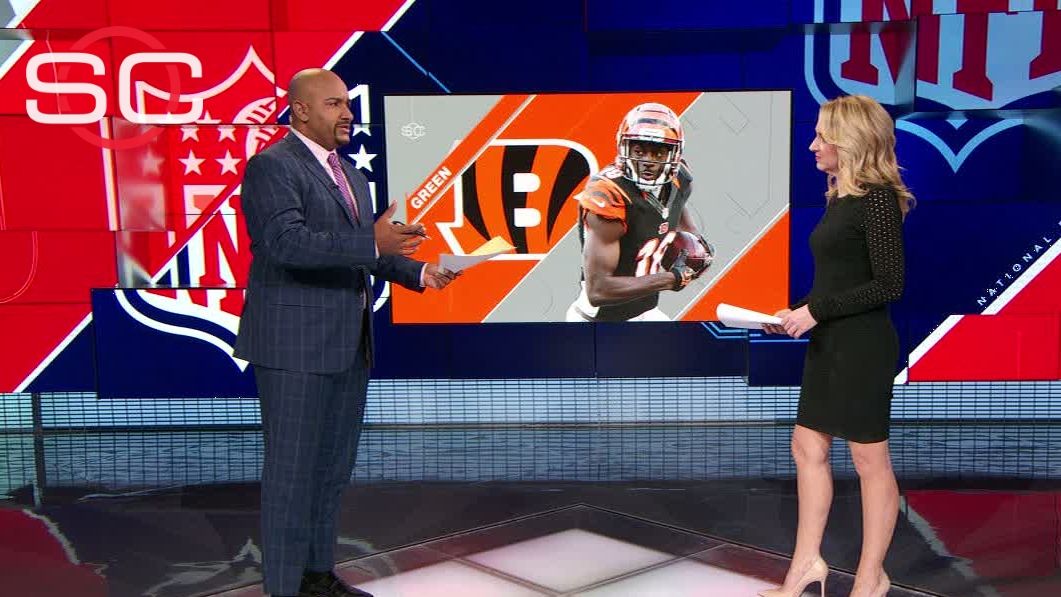