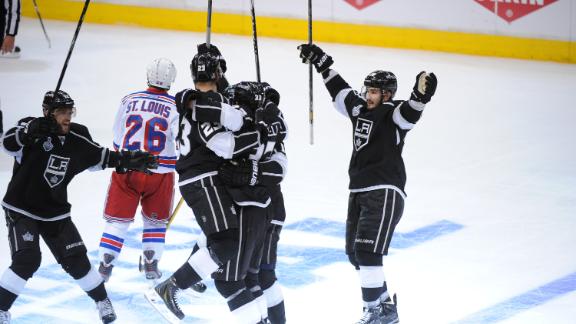 "Tomorrow's as close to a must-(win) game as I think we can have," Vigneault said Sunday after his team landed at Westchester County Airport following a 5½-hour flight from Los Angeles.

"Until you face elimination, that's as close as we can get. ... There's a lot of good things that we're doing on the ice. There's a couple things that we need to clean up that we're going to address tomorrow with our group. But for the most part, we're given ourselves a real good chance, and that's what we're gonna try to do tomorrow."

Only one team out of 26 in NHL history has ever overcome a 3-0 deficit to win the Stanley Cup finals: the 1942 Toronto Maple Leafs against the Detroit Red Wings.

"Obviously every game at this time of year is a must-win," third-line center Derick Brassard said. "And I think the guys, we're pretty excited for tomorrow. We've been playing with those guys every period. It's a pretty tight series. We're just gonna go out there tomorrow and play the way we've been playing."

The Rangers held a 2-0 lead in Game 1 and leads of 2-0, 3-1 and 4-2 in Game 2, but couldn't hold any of them. Still, other than the third period of Game 1, when his team was outshot 20-3, Vigneault has been happy with the Rangers' play. He just wished a couple of controversial calls would've went their way.

"I know they came back from a two-goal deficit again last night, but their third goal [when Los Angeles winger Dwight King might have interfered with New York goaltender Henrik Lundqvist on the play] you can look at it any way you want, but at the end of the day that shouldn't have been a goal in my opinion," Vigneault said. "They got three chances in the third if you count that one, and two of them went in and we were a little bit unlucky. We were playing really solid and sometimes stuff like that happens. I believe it's going to even out, and I believe we're going to win the next game."

Vigneault later said: "And then ... right before they scored the winning goal in double overtime, a lot of people seemed to think that we should've been on the power play. [Los Angeles defenseman Alec Martinez] flipped the puck out of the zone [and into the stands]. Instead of having a faceoff in the offensive zone, we should've had a faceoff going on the power play and we didn't. Those are the things that happen in playoff hockey. Usually they even themselves out and that's what we're gonna hope moving forward."

"Well, it's the biggest game that New York has had here in 20 years, so I think our fans are as excited as we are," Vigneault said. "People might be disappointed that we're down by two, but it obviously wasn't from lack of effort. We've played nine periods of hockey, and we've played some real solid hockey in there. It's a real good team. We know the challenge."

Lundqvist has been pretty good in the series so far, producing a .908 goals-against average. But New York's top two lines have scored just two goals. Granted, the Rangers have a lot of depth. They also came back from a 3-1 series deficit to beat the Pittsburgh Penguins in the Eastern Conference semifinals, so they know they are capable of coming back again.

"I think we have to take with us that in the last game, I thought we were the best team," third-line winger Mats Zuccarello said. "Even the first game we had more quality chances than them. We all make mistakes and sometimes it's gonna cost us a goal, but as a team we're a confident group. We always stick together, and we have to win two at home here to win the series."

In other news, Vigneault did not have an update on backup goaltender Cam Talbot, who has missed the first two games of the series due to an undisclosed injury.

Rangers In 2-0 Hole
Steve Levy and Barry Melrose discuss the Rangers' inability to hold onto leads and what they'll need to do to change the series as it shifts to Madison Square Garden. 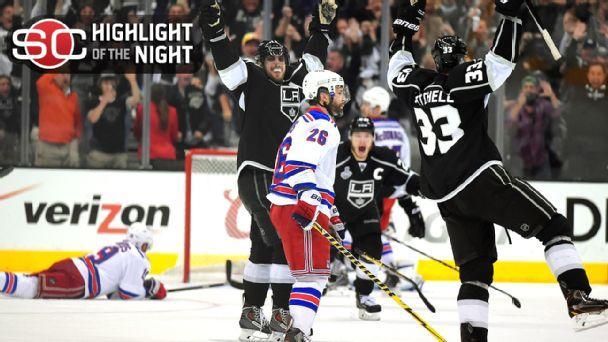