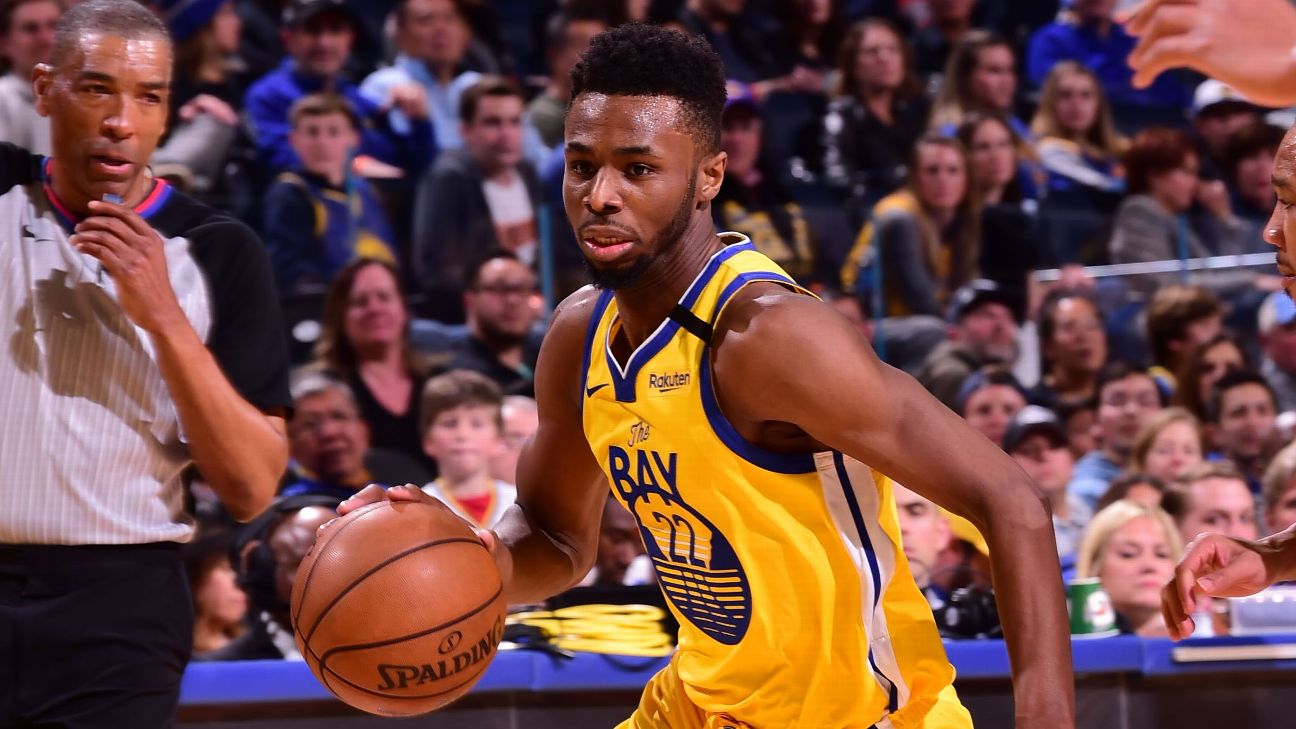 ESPN
By Nick Friedell
SAN FRANCISCO -- Andrew Wiggins scored 24 points and had five steals in his Golden State Warriors debut during a 125-120 loss to the Los Angeles Lakers on Saturday night.

The veteran swingman went 8-for-12 from the field in 31 minutes. The 24-year-old showed some of the offensive prowess the Warriors are hoping to see more of, especially once Stephen Curry (broken left hand) and Klay Thompson (left ACL rehab) return to the floor.

Wiggins' new teammates and coaches liked what they saw from him.

"It's just great to have a player who we could put onLeBron [James]and at least match up physically," Warriors coach Steve Kerr said. "It's the hardest position to guard these days in the NBA. So to have a guy who is 6-8 and athletic and knows the league well, understands how to play, it's great."

Wiggins was acquired Thursday in a package that included a future first-round pick and second-round pick and sent guards D'Angelo Russell, Jacob Evans and big man Omari Spellman to the Timberwolves. The Warriors are hopeful their solid culture can help maximize Wiggins' considerable potential. Wiggins expressed excitement to be part of a winning culture after almost six seasons in Minnesota.

"We lost a lot in Minnesota," he said. "So coming here, being part of a winning culture, it's different. Losing's never fun. Being here, you can tell by everyone's attitude, everyone's approach, everything that's everywhere, they're winners. That's something I've wanted to be my whole career."

Though Wiggins is looking forward to more potential playoff games with his new team in the future, the reality is with the injury-riddled Warriors playing without Draymond Green, Wiggins had the second-most playoff experience on the roster behind only Kevon Looney. Before the game, Kerr said his directions for Wiggins prior to the game were clear.

"I never said anything about how many shots, I just said sprint the floor both ways," Kerr said. "That is the only thing we are asking, especially here in the first week without him having much knowledge of the playbook. We just stuck to a couple of basic actions, and I just told him, 'No matter what happens, we need you to sprint the floor both ways.' And when we are whole again, we got a couple of guys who really throw the ball ahead in transition in Draymond and Steph. Andrew can get out with such speed, and that will be a great weapon going forward."

Wiggins knows there are a lot of critics of his game, especially after he failed to live up to expectations after signing a max extension a couple of years ago, but he said he isn't focused on the doubt surrounding his game.

"I feel like everyone's entitled to their own opinion," Wiggins said. "It is what it is. I feel like when you're losing, there's going to be a little dark shadow over you, but I'm here now. This is a winning culture, a winning team, so hopefully people can take a different view and just watch us ball."

Wiggins received a warm ovation from the sold-out Chase Center crowd during pregame introductions after being announced for the first time. He was also greeted by a familiar face when his former coach with the Timberwolves, Tom Thibodeau, stopped him and gave him a hug prior to pregame warm-ups.

Kerr said he got a positive recommendation from Thibodeau regarding his former player.

"He is just a very humble person," Kerr said of Wiggins. "He is excited to be here. I think he is excited to play with the guys he is going to play with -- sometimes a change of scenery is good for a player in his career, and I think the timing is right. He is easy to coach. He seems very low maintenance. I had the chance to meet with Tom Thibodeau, who is here right now, he had already planned a trip in to watch us practice the next few days. And I talked to Thibs pregame and he said he loved Andrew, loved coaching him, and I can see why. Low maintenance and really good guy, good teammate, and everybody enjoyed playing with him." 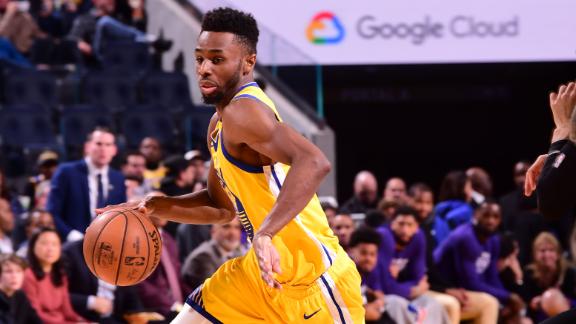