Angels open at Oakland without Rendon 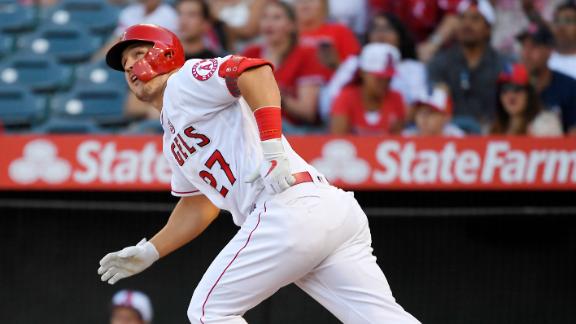 One team missing its top newcomer meets another without its ace pitcher when the Los Angeles Angels visit the Oakland Athletics to open the 2020 season on Friday night.

The Angels (72-90) finished fourth in the American League West last season, 35 games behind the division-winning Houston Astros and 25 games back of the second-place A's (97-65), who for a second consecutive year earned a spot in the AL wild-card game.


After finishing just 11th in the AL in team batting average (.247) and 10th in home runs (220) in 2019, the Angels invested a reported $245 million over seven years in free agent Anthony Rendon. The third baseman led the National League last season in doubles (44) and RBI (126) while with the World Series champion Washington Nationals.

However, the 30-year-old who has missed at least 15 games in each of the last three seasons won't be in the Angels' Opening Day lineup because of oblique soreness. He is considered day-to-day, meaning he has yet to be ruled out for the entire four-game series.

Joe Maddon, who will make his Angels managerial debut Friday, refuses to believe his upgraded club can't compete with the likes of the Astros and A's this season.


The good news for the Angels is that two-way standout Shohei Ohtani enters the 2020 season having fully recovered from Tommy John surgery and knee surgery. He is expected to be in Friday's lineup, bringing a bat that has accounted for 40 home runs in just 710 at-bats in his two-year major league career.

Ohtani also is penciled in to make his season pitching debut in the third game of the series on Sunday, opposed by Oakland's Mike Fiers.

Montas, meanwhile, is hoping to put in a full season after he was suspended 80 games last June, July, August and into September after failing a drug test.


He faced the Angels in the sixth game of the season last March, getting a no-decision in a 2-1 win in which he allowed one run and three hits in six innings. He has gone 2-0 with a 2.96 ERA in seven career outings (including four starts) against the Angels.

Montas hadn't considered himself a serious candidate to be Oakland's Opening Day starter while in competition with Sean Manaea and Fiers during summer camp.

"As soon as I knew Sean and Fiers were going to pitch (exhibition games) against the Giants (on Monday and Tuesday), I was like, 'OK, it's probably going to be me,'" Montas said. "I was a little shocked, but I'm just happy that they trust me enough to give me the ball for the first day."