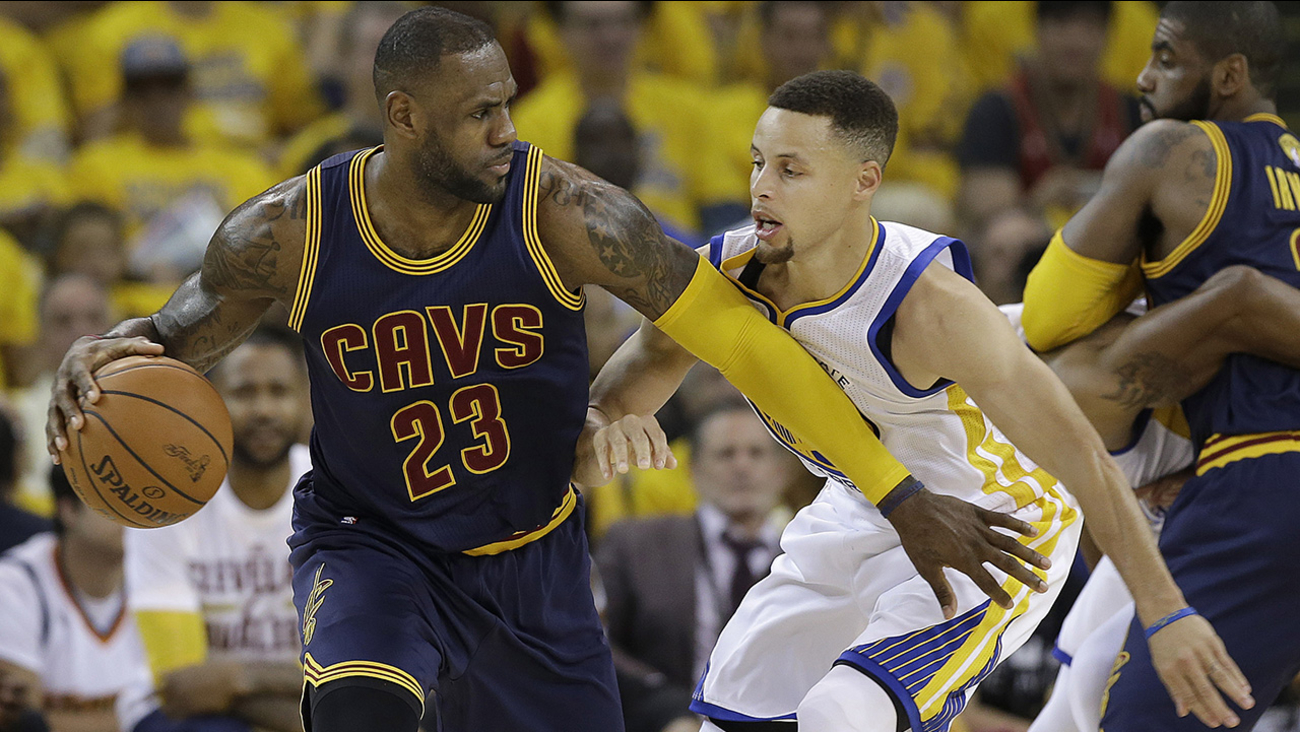 After a back and forth series between the Golden State Warriors and the Cleveland Cavaliers, the NBA Finals have come down to a defining Game 7. Will the Warriors bounce back after losing two games in a row to win back-to-back championships, or will LeBron James deliver the Larry O'Brien trophy to his hometown Cleveland?

Here's a look at the defining moments of the 2016 NBA Finals. 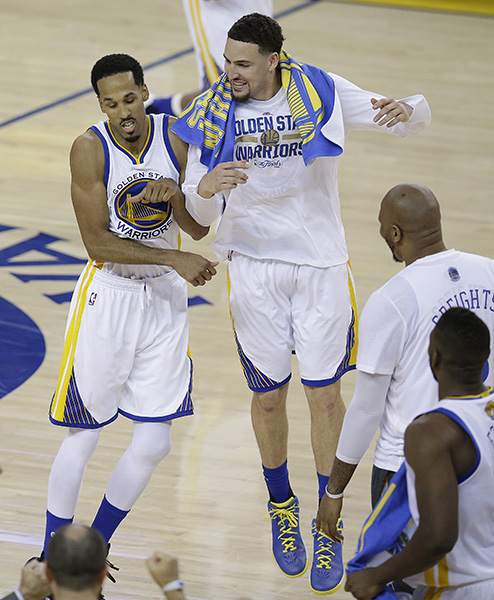 Shaun Livingston's 20 points lifted the Warriors to victory after their all-star backcourt of Stephen Curry and Klay Thompson had an off night, scoring only 20 points combined. 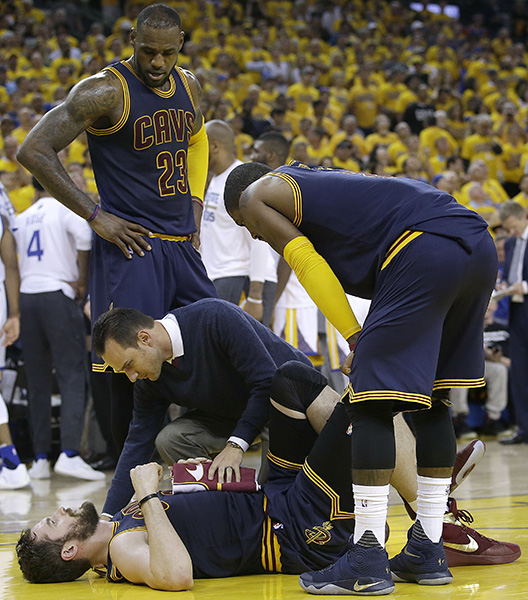 A trainer checks on Cleveland Cavaliers forward Kevin Love, bottom, as forward LeBron James and guard Kyrie Irving watch during the first half of a Game 2 of the NBA Finals.

The Warriors dominated again, winning by 33 points, but the Cavs suffered an even bigger loss when starting forward Kevin Love left the game with a concussion after taking an inadvertent elbow to the back of the head from Harrison Barnes in the second quarter. 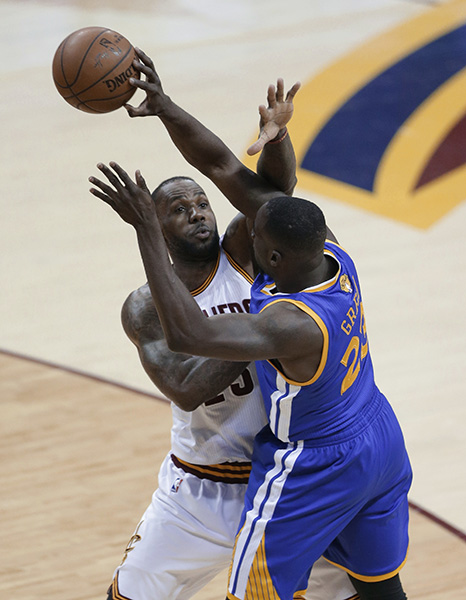 With their backs against the wall, the Cavaliers responded with a dominating victory of their own in front of their home crowd.

Cleveland Cavaliers forward LeBron James is held back as he argues with Golden State Warriors forward Draymond Green during the second half of Game 4 of basketball's NBA Finals.

The Warriors took a commanding 3-1 series lead over the Cavs, but tempers flared when LeBron James and Draymond Green got tangled up and fell onto the floor. James then stepped over Green, and Green appeared to hit James in the groin area. The two had to be separated after exchanging words. The NBA retroactively assessed Green with a flagrant foul 1, leading to a suspension for Game 5.

With Draymond Green suspended, LeBron James and Kyrie Irving each scored 41 points making NBA Finals history by becoming the first teammates to score over 40 points in the same game. 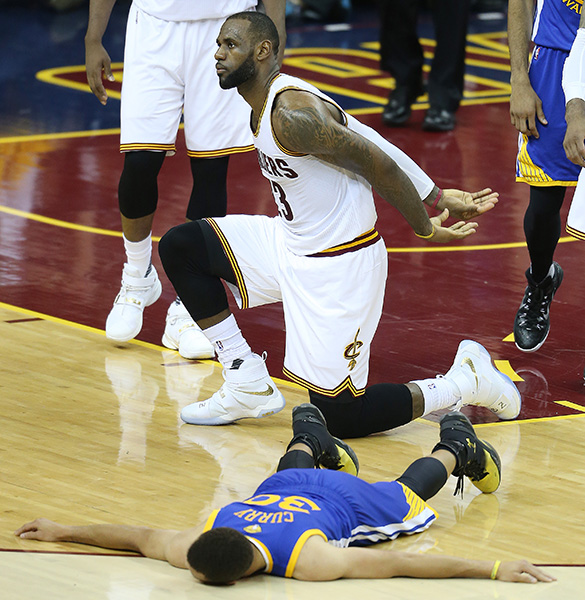 LeBron James dominated again with 41 points, 11 assists and eight rebounds, forcing Game 7. A frustrated Stephen Curry was ejected from the game during the fourth quarter after receiving his 6th foul and throwing his mouthpiece into the crowd.