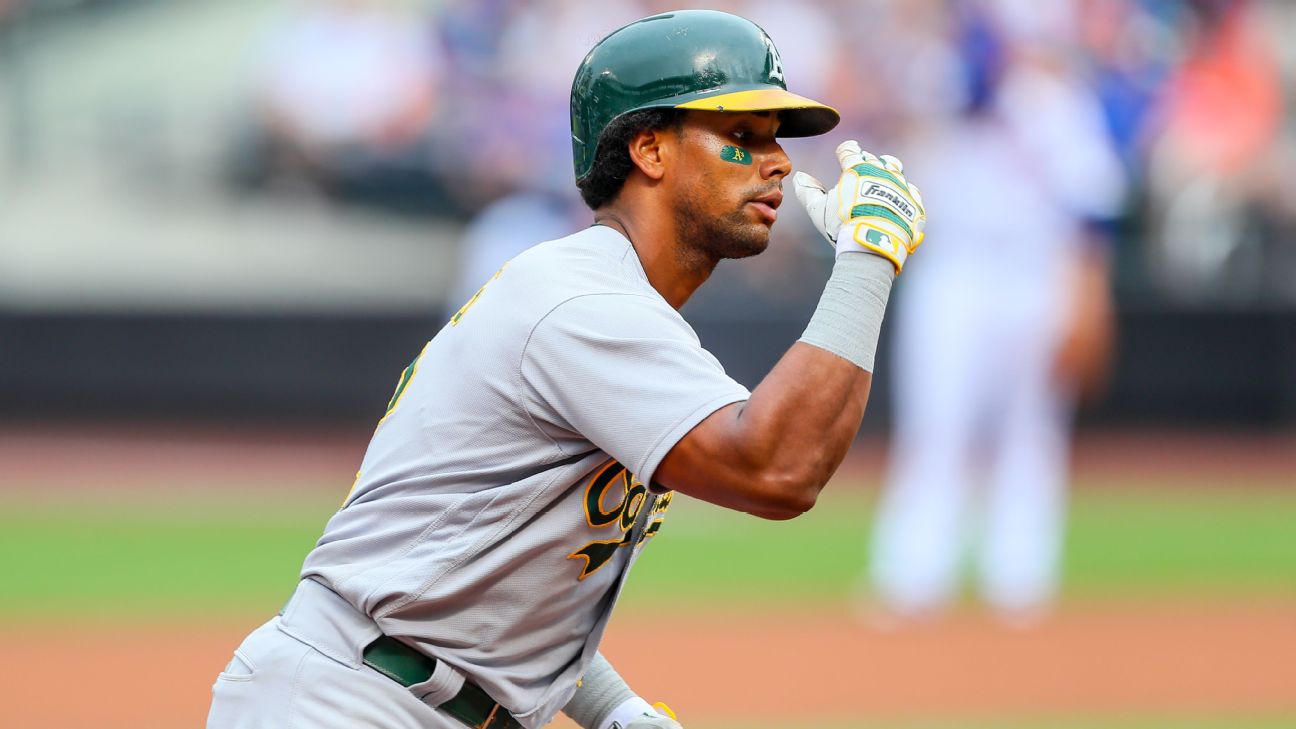 The move is retroactive to Monday, a day after he suffered the injury in Toronto.He underwent an MRI exam Tuesday that revealed a Grade 1 strain; manager Bob Melvin had said after Tuesday night's 3-2 loss to Seattle in 10 innings that the DL was a possibility.

Davis has 13 home runs this season, and his 38 RBIs rank third in the American League.

With 85 home runs the past two seasons, Davis signed a one-year, $10.5 million contract last offseason to more than double his salary after he beat the team in arbitration the previous winter.

He hit a career-best 43 home runs in 2017, connecting on the last day of the year to best the season high he set the previous season for Oakland. The 30-year-old Davis is the only A's player aside from Jimmie Foxx from 1932 to 1934 with consecutive 40-homer seasons.