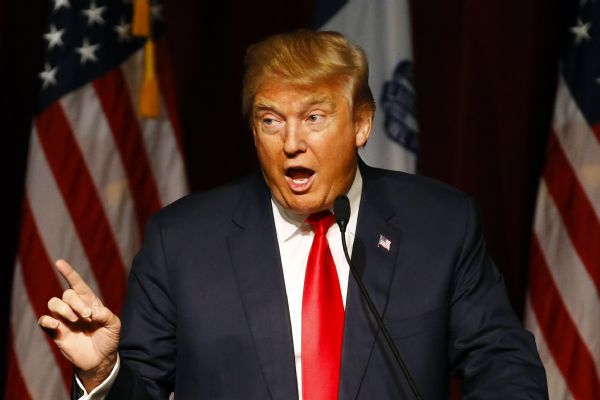 MIAMI --Udonis Haslem was leading some banter with Heatteammates after practice Monday, the jokes and laughter helping everyone wind down after practice.

Donald Trump's characterization of his caught-on-tape crude and predatory comments about women as "locker room talk" has raised the ire of plenty of athletes, the overwhelming majority saying that what goes on even in private doesn't match up to what the Republican presidential nominee said on the now-infamous leaked tape.

On the tape, recorded in 2005, Trump bragged about kissing, groping and trying to have sex with women other than his wife. "When you're a star, they let you do it," he bragged. "You can do anything."

Athletes fired back en masse at Trump to send the message that they don't talk like he does.Los Angeles Dodgers pitcher Brett Anderson,Kansas City Chiefs wide receiver Chris Conley,Los Angeles Clippers guard Jamal Crawford,and retired NFL players Donte Stallworth and Chris Kluwe were among the first to speak out, and many have since followed.

"It didn't sound like any talk in any locker room that I've ever been in, so maybe it was just a phrase," Cleveland Browns wide receiver Andrew Hawkins said. "But it was wrong."

Saying such talk is never heard, however, might be a stretch. Some described hearing crude, profane or degrading comments routinely.

"Most definitely," saidTennessee Titans tight end Delanie Walker, when asked whether he has heard off-color chatter. "Yeah, I have."

Ron Darling, the former major league pitcher who is now a television analyst, said such language isn't hard to find -- and it's found in the locker room, the boardroom and country clubs.

The hard part, for Darling, was trying to avoid it -- which he said he would do by walking away.

"Every repugnant thing that you can think of has probably been said in a clubhouse at some point," Darling said at Fenway Park on Monday night before theCleveland Indians-Boston Red Soxplayoff game.

"The thing about it is that it's the lowest common denominator thing. So it's the person with the foulest and worst mind and mouth is the person that becomes the loudmouth in the clubhouse," he said.

"A lot of times, clubhouses get associated with that person. It's a shame. It's why I chose personally -- if my mom heard me say things like that, she would beat the s--- out of me."

But the majority of athletes and coaches who have spoken out since the tape was published by The Washington Post and NBC News on Friday insist that what typically goes on stops well short of the level that Trump went to in his descriptions of grabbing women on that tape.

Clippers coach Doc Rivers said such talk is not typical of any locker room he has been a part of.

Said Ole Miss football coach Hugh Freeze: "We're working hard on our young men understanding that women are priceless and should be treated as such."

Former NBA player Shane Battier said the "locker room" issue shouldn't be limited to the conversations athletes have among themselves.

"Be it right or misguided, the locker room -- in however you define it -- is probably one of the last places where most people feel safe expressing themselves without the fear of judgment or backlash," Battier said.

To even suggest that locker rooms are barren of such talk and innuendo would be futile.

The handling of sexual assault cases at the college level has been under fire for some time.Baylorfired football coach Art Briles after an investigation showed the program mishandled and covered up allegations.Tennesseestruck a $2.48 million settlement after a lawsuit alleged the Volunteers didn't properly address some sexual assault claims involving athletes. Earlier this year,Florida Stateagreed to pay $950,000 to a woman who said she was raped by former Seminoles starJameis Winston.

And three years ago, theMiami Dolphins'season unraveled amid claims of players bullying their own teammates in the locker room.

"If that is the actual talk that's happening in locker rooms, it's time to look at the leaders and examine their culture as to why those conversations happen," Miami women's basketball coach Katie Meier said.

"He was trying to say, 'It's what men do.' And that to me is the inherent problem," Reeve said. "It is what men do. Let's not have all these men stand up and say, 'Well, we don't do that!' ... Donald Trump's candidacy has shined the light on so many problems that exist that I always talk about. He is the epitome of all these things. He's not alone. It is behavior that's been accepted for years."

Dolphins linebackerJelani Jenkinssaid the culture within locker rooms has changed for the better in recent years -- and it might be because there has been more of a crackdown when issues arise.

"For sure," Jenkins said. "People have gotten in trouble for certain things, like bullying, homophobia, different things like that that are very sensitive subjects. So guys are really careful what they say."

Detroit Lions wide receiver Golden Tate said there are no excuses for what Trump said.

"There's no excuse to talk that way about women, to women, to other people," Tate said.

He also disagreed with Trump's characterization of "locker room talk."

ESPN's Michael Rothstein and The Associated Press contributed to this report.