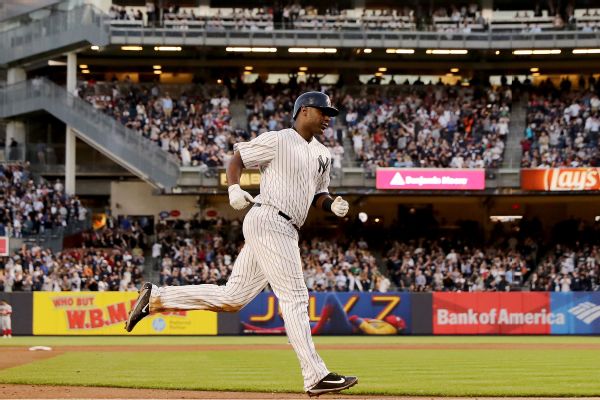 Carter, who was assigned to Triple-A Nashville, was released by the New York Yankees on July 11 after hitting .201 with eight home runs and 26 RBIs in 62 games this season.

The 2016 National League home run leader spent the first three seasons of his career with the A's.