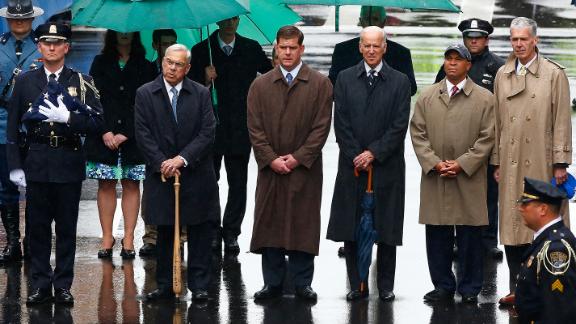 ESPN
A man taken into custody near the Boston Marathon finish line late Tuesday, the anniversary of the deadly pressure cooker bombings, had a rice cooker in his backpack and was being charged with possession of a hoax device, police said.

The man was stopped by an officer who saw him acting suspiciously, including walking down the middle of a street barefoot in pouring rain, Police Superintendent Randall Halstead said. The man dropped the backpack and told the officer it contained a rice cooker, he said.

The incident took place hours after ceremonies to mark last year's Boston Marathon bombings, in which two pressure cooker bombs hidden in backpacks exploded, killing three people near the finish line and injuring more than 260 others.

The backpack Tuesday night was blown up by the bomb squad as a precaution, as was a second unattended backpack found nearby. Halstead didn't release the identity of the man in custody and wouldn't say what was in the second backpack or who owned it. He said police were investigating.

#BPDPublicSafetyAlert: BPD confirming that the unattended bags at the Finish Line have been disrupted for precautionary reasons.

- Boston Police Dept. (@bostonpolice) April 16, 2014The backpacks rattled nerves days ahead of this year's marathon as police and emergency crews kept people away from the finish line area for about three hours and trains bypassed the nearby Copley Square station.

"With the marathon coming, our officers are taking it seriously,'' Halstead said. "The safety of the public is utmost."

Survivors, first responders and relatives of those killed last year marked the day with tributes. Former Mayor Thomas Menino and Vice President Joe Biden were among those who spoke at the nearby Hynes Convention Center, and a moment of silence was held at the finish line in the afternoon.

Bags Found At Marathon Site
ABC's Dan Harris explains the situation in Boston, where a man was taken into custody after an unattended bag was left at the site of the Boston Marathon bombings on the one-year anniversary of the tragedy. 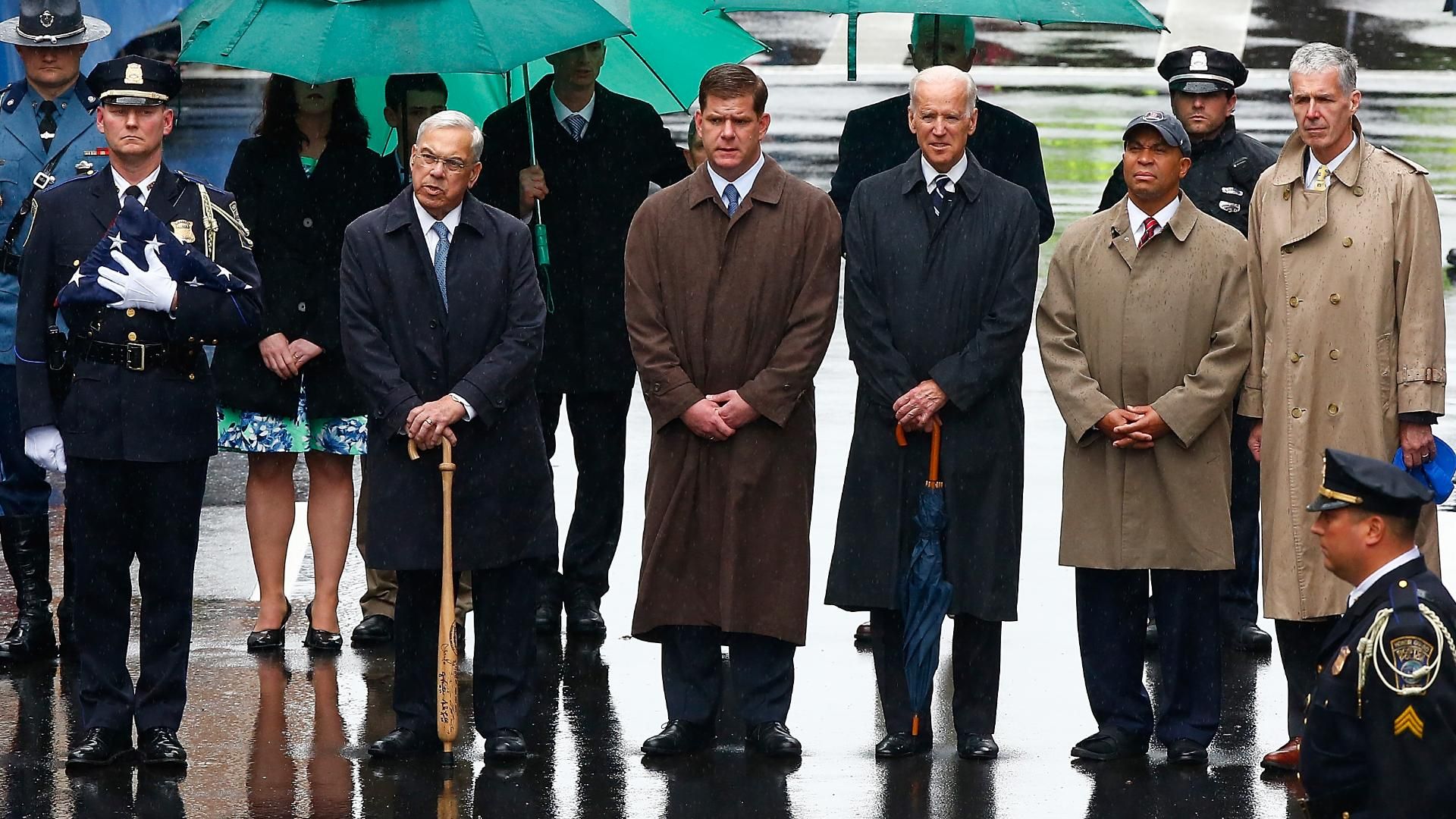