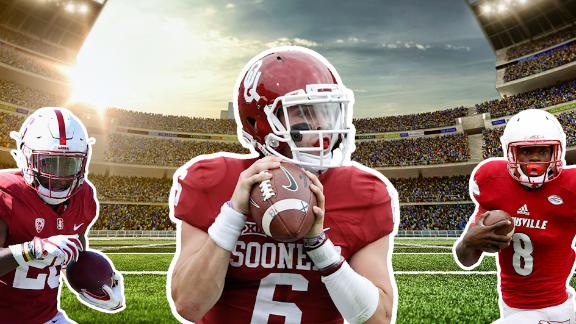 Oklahomaquarterback Baker Mayfield made Heisman Trophy history just by being selected as a finalist.

The award for most outstanding college football player will be given out Saturday night in New York.

Mayfield and Jackson are finalists for the second straight year, and Jackson is trying to become the second player to win two Heismans, joining formerOhio Statestar Archie Griffin.

Mayfield, though, will come to Manhattan as the clear favorite. He finished fourth in the Heisman voting in 2015, but was not invited to New York. Last year, he was one of five finalists and finished third behind Jackson andClemson'sDeshaun Watson.

Mayfield is the seventh player to finish in the top five of Heisman voting three times , joining Glenn Davis and Doc Blanchard of Army, Doak Walker of SMU, Griffin, Herschel Walker of Georgia and Tim Tebow of Florida.

The Heisman has been naming finalists and bringing them to New York for the presentation since 1982. Mayfield is the ninth Oklahoma player to be selected as a finalist, matching Miami for the most from one school.

Mayfield is trying to become the sixth Heisman winner from Oklahoma and third Sooners quarterback (Jason White and Sam Bradford) to win since 2003.

This season, Mayfield has led the No. 2 Sooners (12-1) to the Big 12 championship and the College Football Playoff. Oklahoma plays Georgia (12-1) in the Rose Bowl semifinal on Jan. 1. Mayfield leads the nation in efficiency rating at 203.76 and has thrown for 4,340 yards and 41 touchdowns.

Jackson's numbers have been better than last season in some categories, but Louisville (8-4) has not had the big wins to go with it. With little fanfare, the quarterback is averaging 411 total yards -- up from 393 last season -- and has accounted for 42 touchdowns.

He was also more efficient this year, having completed 60.4 percent of his passes (compared to last season's 56.2), while posting an identical average of 8.7 yards per completion.

"I'm honored to be chosen as a finalist with these two outstanding players," Jackson said in a statement. "They both had great seasons and deserve this tremendous honor. I want to thank all my teammates and coaches for achieving this honor together."

Griffin won back-to-back Heisman Trophies for Ohio State in 1974 and '75.

Love is second in the nation in rushing at 164.42 yards per game and is averaging 8.32 yards per carry for the 15th-ranked Cardinal. An ankle injury slowed Love the last month of the season, but he still led the nation in rushes of at least 50 yards with 12. He also scored 17 touchdowns.

Not making that cut was a couple of talented running backs.

Penn State'sSaquon Barkley is second in the nation in all-purpose yards (179.5) and is fifth with 21 touchdowns, including two kickoff return touchdowns for the No. 9 Nittany Lions. He was also 2-for-2 passing with a touchdown. He was considered the favorite heading into the final month of the season, but the Nittany Lions lost twice, and his production fell off until a late surge.

San Diego State'sRashaad Penny leads the nation in rushing (168.9) and all-purpose yards (224.8). AgainstNevadathree weeks ago, he scored on a rush, a kickoff return and a punt return. Penny had big games against Pac-12 teams Stanford andArizona Stateearly in the season, but was held in check by San Diego State's top Mountain West rivals,Fresno StateandBoise State.

The Heisman Trophy Award presentation will be aired live on ESPN at 8 p.m. ET Saturday night. 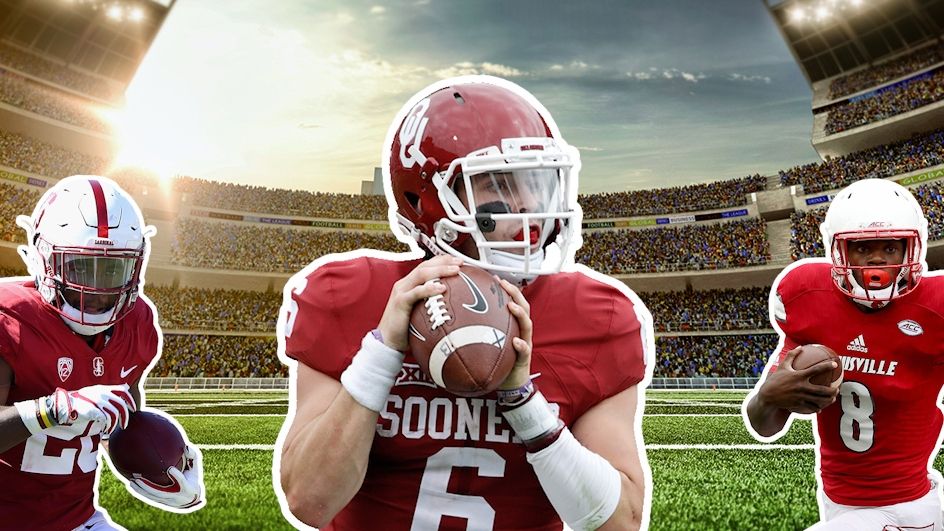 Heisman hopefuls present their cases
Bryce Love, Lamar Jackson and Baker Mayfield are the finalists for the 2017 Heisman Trophy. With Mayfield listed as an overwhelming favorite, look at the résumés for the three stars. 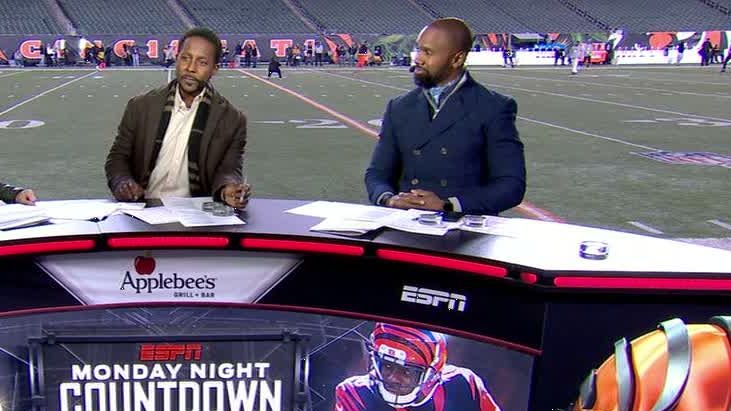