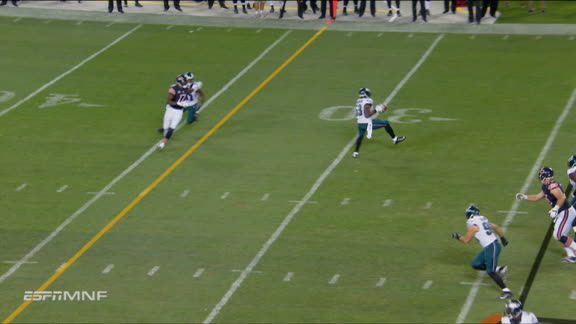 CHICAGO -- Bears quarterback Jay Cutler left in the third quarter of Monday night's 29-14 lossto the Philadelphia Eagles with an injury to his right thumb and did not return.

Cutler, who wore a protective cast on his right hand at the postgame news conference, said he would undergo further tests Tuesday.

"I'm concerned," he said. "As a quarterback, you need your right thumb."

Cutler said he aggravated the thumb injury earlier in the game and "couldn't really grip the ball," which he said contributed to his throwing an interception to Eagles linebacker Nigel Bradham with 36 seconds left in the third quarter.

That turned out to be his final play of the game, and he was replaced byBrian Hoyer.

"I couldn't get as much on it as I wanted to, to put it over the top of that 'backer," Cutler said of the interception. "It was unfortunate, hurt the team. I knew I was putting the team, especially the offense, in jeopardy at that point. ... I knew my day was done."

Before Cutler left the field, television cameras caught him in a brief confrontation with injured outside linebacker Pernell McPhee on the sideline. McPhee, one of the Bears' leaders on defense, is on the physically unable to perform list with a knee injury.

An 11-year veteran, Cutler has missed 15 games because of injuries since 2010.

He broke his right thumb in a November 2011 game against the San Diego Chargers while trying to make a tackle following an interception. The injury caused him to miss the rest of the season.

The Bears were 7-3 after beating the Chargers but lost their next five games and didn't make the playoffs. 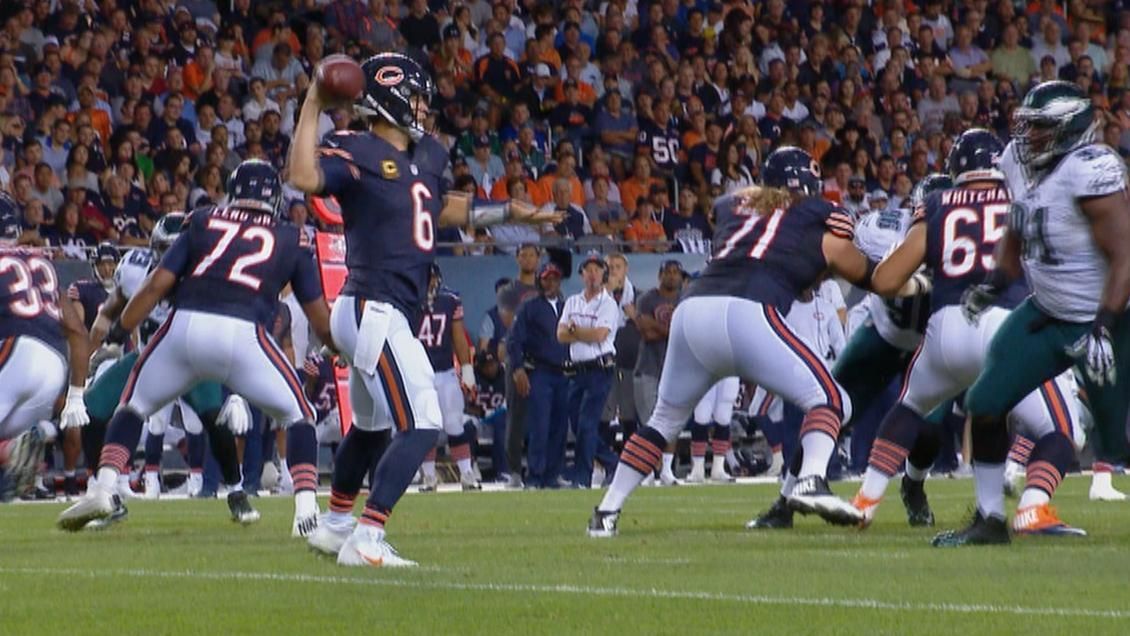 Cutler throws interception, leaves game with injury
Jay Cutler throws an interception to Nigel Bradham, who returns it all the way to the Bears' 2-yard line. Cutler would not return to the game due to an injury to his throwing hand.