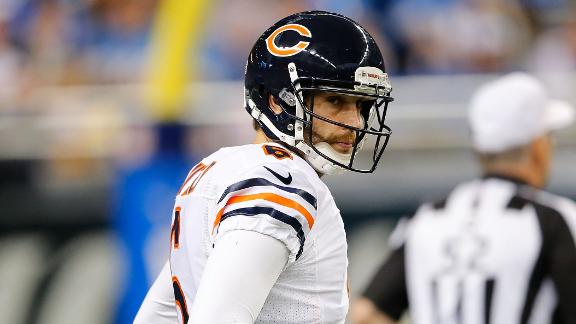 The Chicago Bears will start Jimmy Clausen at quarterback this week over Jay Cutler, coach Marc Trestman confirmed at a news conference Thursday.

"I think we need a lift at quarterback. We need a spark," Trestman said, adding that the "weight of the world shouldn't be on the shoulders of Jimmy Clausen."

Trestman said he discussed the situation with general manager Phil Emery, but the call to send Cutler to the bench was "ultimately my decision."

Cutler said he was "shocked" at first at the benching and then "disappointed."

Trestman said the benching is just for this week at this point and that Cutler would be active and serve as the backup in Sunday's game against the Detroit Lions.

"We're not playing well enough at the quarterback position on a consistent basis," Trestman said.

Asked if he could play for Trestman next season, Cutler said, "Yes ... but we'd have to work on some things."

Cutler has struggled this season in leading the Bears to a 5-9 record.

In Monday's 31-15 loss to the New Orleans Saints, he threw for two touchdowns but had three interceptions to bring his NFL-leading totals to 18 interceptions and 24 turnovers. He produced a season-low passer rating of 55.8 and generated a total QBR of 6.8, which registered as his second-worst performance of the season in that category (6.0 QBR in Week 10 against the Green Bay Packers).

He also was sacked a season-high seven times against the Saints.

Cutler's contract could be a big reason for the quarterback's benching, according to ESPN NFL Insider Mark Dominik.

By sitting Cutler the final two games of the season, the Bears guarantee he won't get injured and will have the ability to cut or trade him after the season, basically saving the team $10 million.

Cutler was asked where he would like to play next season.

"I would like to stay here," he said. "Looking forward, this is the place I want to be."

Cutler Benching Prelude To Trade?
NFL Insider Mark Dominik explains how the Chicago Bears could convert QB Jay Cutler's salary and why the decision to bench Cutler and keep him healthy will pay off down the road if Chicago decides to cut or trade Cutler.

Trestman's Future With Bears In Jeopardy?
ESPN Bears reporter Michael C. Wright comments on how the benching of QB Jay Cutler will affect the futures of coach Marc Trestman and GM Phil Emery. 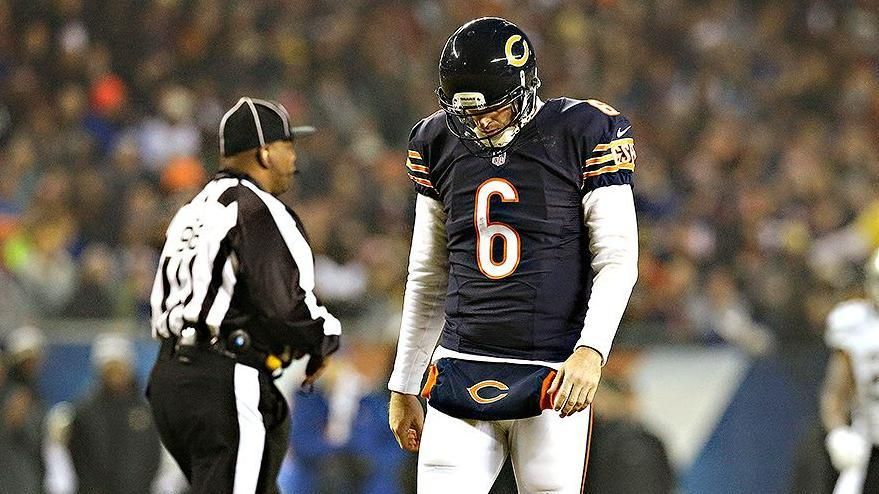