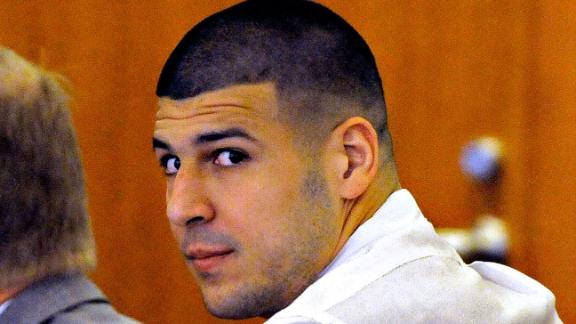 In a motion released Monday, Hernandez's lawyers asked a judge to order prosecutors to pare their list of more than 300 witnesses. Hernandez is charged in the 2013 killing of semi-professional football player Odin Lloyd, whose body was found in an industrial park about a mile from Hernandez's home in North Attleborough.

Hernandez's lawyers argued that it is "inconceivable" that prosecutors will call each of the 305 people on their witness list and asked a judge to order them to reduce the list to people they actually intend to call during the trial, which is scheduled to begin in January in Fall River.

Judge E. Susan Garsh denied the motion, but she urged the parties to pare the list "to the extent practical to avoid an unnecessarily protracted trial."

Belichick and Kraft were interviewed by police investigating Lloyd's killing, according to court documents filed in the case. An attorney for the Patriots said in July that 34 text messages between Belichick and Hernandez were given to prosecutors.

The listing of their names does not necessarily mean they will testify. Witness lists include the names of all potential witnesses.

Hernandez has pleaded not guilty in the killing of Lloyd, who was dating Jenkins' sister.

He also has pleaded not guilty in the 2012 fatal shootings of two men after a chance encounter at a Boston nightclub.