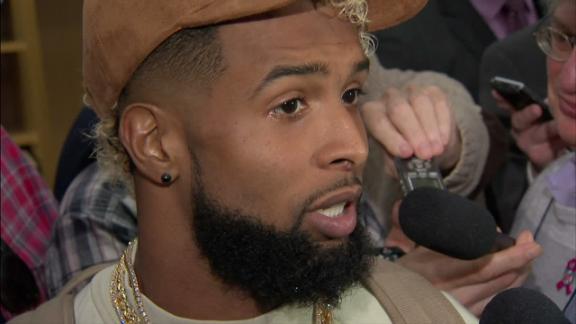 EAST RUTHERFORD, N.J. --New York Giants coach Ben McAdoo wants his team to "keep our focus on the ballgame" and said he spoke to Odell Beckham Jr. about his latest sideline antics.

Even when Beckham is scoring touchdowns and dominating opponents -- as he did Sunday during a victory over the Baltimore Ravens--the star receiver's off-field actions continue to attract widespread attention.

Beckham drew a 15-yard penalty with 1:24 remaining for taking off his helmet in celebration after his go-ahead 66-yard touchdown catch, a penalty that was assessed on the ensuing kickoff. He then dropped down on one knee and mimicked a marriage proposal to a kicking net on the sideline -- the same net he punched in frustration earlier this season.

"He came up to me right after [the penalty]," McAdoo said. "We had a discussion about it. We can't have it. He knows that. He went out and wanted to fire up the kickoff coverage team and the defense. He knows we can't have it."

Beckham, who has a long history of penalties and fines, knows he got away with one on Sunday. The Ravens drove down to the Giants' 24-yard line in the final seconds but ran out of time.

"I'm very thankful that the penalty on that didn't cost us in the end," Beckham said Sunday.

QuarterbackEli Manningsaid the win helped to mitigate the effect of Beckham's behavior.

"He made plays, and so it's one of those deals where you can get real sick of it if he's not going out there and making plays," Manning told WFAN in New York, "but when he goes out and has a couple huge catches and 200 yards and a game-winning touchdown, you know, you still want him to be smarter, but you accept it a little easier."

The "marriage proposal" marked the third time in four weeks that Beckham had an encounter with the kicking net. He slammed his helmet against the net during a sideline tirade in Week 3 against the Washington Redskins, and the net snapped back into his face, creating a humorous highlight that was played on loop throughout that week.

After scoring his first touchdown of the season last week late in a loss to the Green Bay Packers, Beckham made amends with the kicking net, hugging it in an attempt at reconciliation.

One week later, the joking celebration continued, as Beckham went down on his knee and feigned offering the net an engagement ring. McAdoo did not seem entertained.

"We need to keep our focus on the ballgame," he said.

Beckham had a career-high 222 yards receiving and two touchdowns in the 27-23 victory Sunday, with 211 of those yards coming in the second half of a game the Giants desperately needed. He also hurt his hip, missed part of a first-half series and needed treatment on Monday.

OBJ getting serious with kicking net
Odell Beckham Jr. remarks on how Eli Manning put the team in a position to win over the Ravens, and he also offers the latest on his relationship with the kicking net. 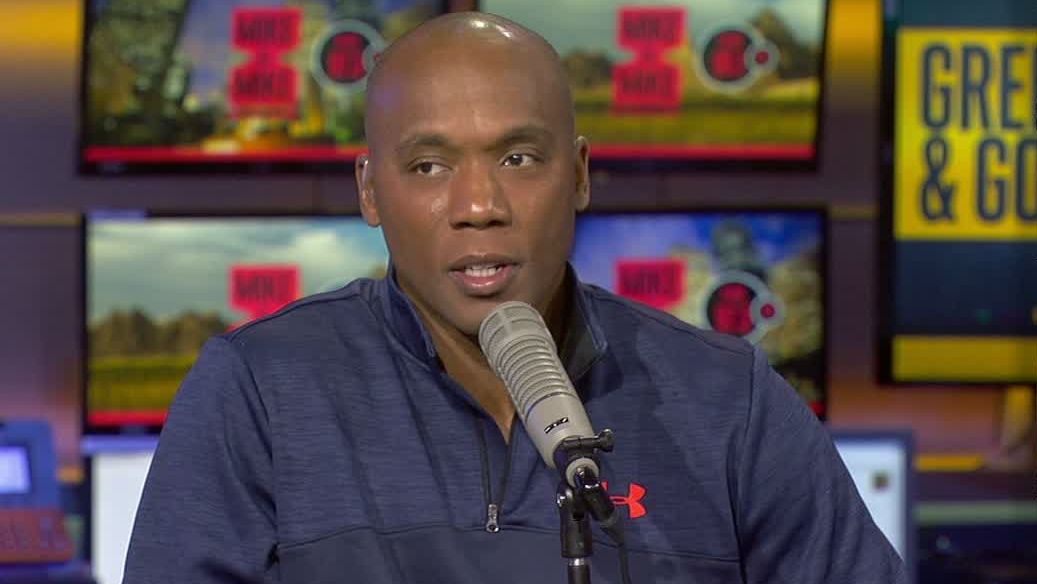 Riddick is tired of Beckham Jr.'s antics
Louis Riddick says the only reason team's would put up with Odell Beckham Jr.'s behavior is because of the talent he possesses on the field, but he is growing tired of his celebratory actions that take away from the game.
Related topics:
sportsespnnflobjodell beckham jrben mcadoonew york giants
Copyright © 2020 ESPN Internet Ventures. All rights reserved.
More Videos
From CNN Newsource affiliates
TOP STORIES