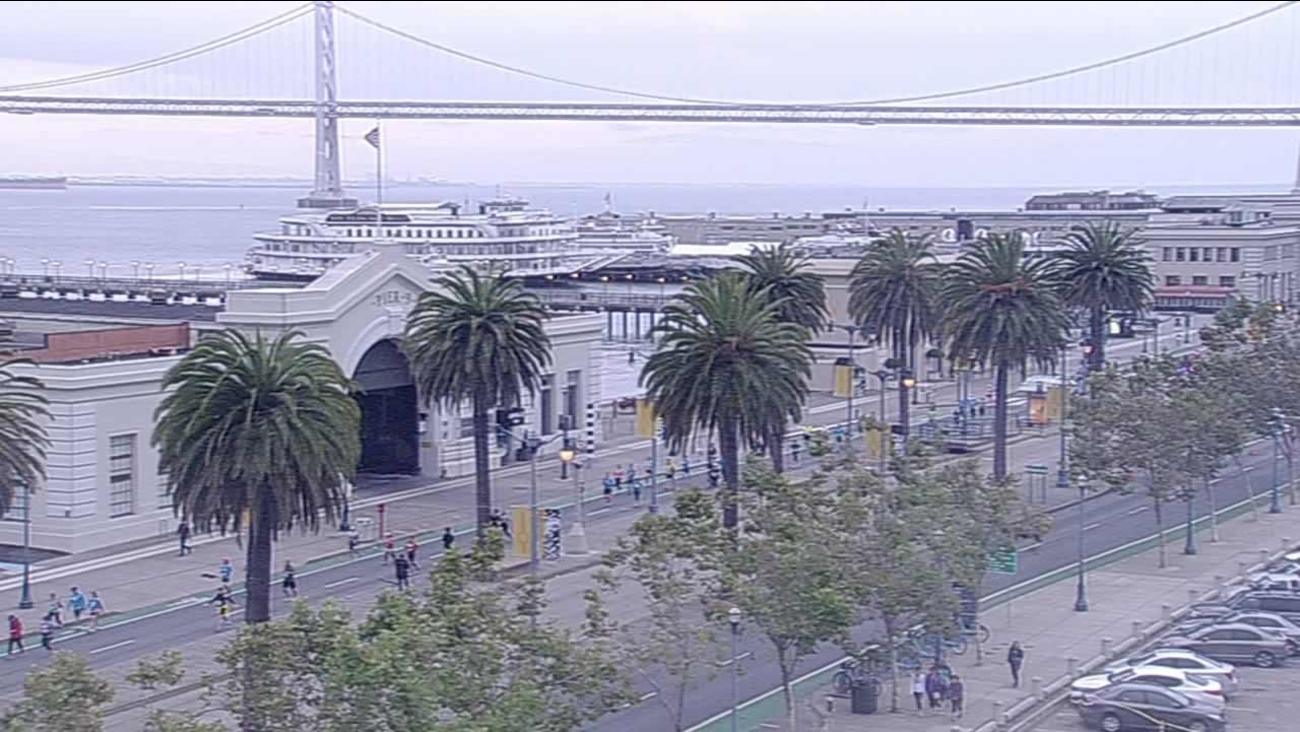 KGO
SAN FRANCISCO -- A Berkeley woman won the San Francisco Marathon Sunday for the second year in a row, and a man from Reno, Nevada earned his first win.

Anna Bretan finished the 26.2-mile course in two hours, 47 minutes and 50 seconds, according to race officials.

That is just slightly longer than the two hours, 42 minutes and 25 seconds it took the mother of three to win the race in 2013.

Bretan also, notably, was the women's winner of the 2012 Oakland Marathon.

On the men's side, race officials report August Brautigam beat his competitors by crossing the finish line in two hours, 32 minutes and 16 seconds.

According to race officials, more than 25,000 runners participated in this year's 37th annual race.