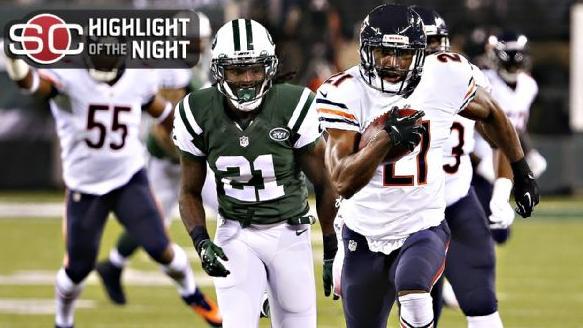 Two parlay wagers potentially worth $57,000 each were in play during the Monday Night game between the Chicago Bears and New York Jets.

One needed the Bears; the other the Jets. And, this time, Rex won.

The Rex from Arizona collected his cash prize Tuesday afternoon at the William Hill sports book at the Edgewater Hotel & Casino in Laughlin, Nevada. A regular player at the book, Rex correctly picked the straight-up winner of all 15 Sunday and Monday NFL games on one of his 16 contest entries.

Rex was one of two bettors out of 3,986 entries this week in the William Hill Pro Progressive Football Parlay Card to correctly pick the straight-up winner (no point spreads) of all 14 Sunday games. The other card was entered at the Silverado Casino in Fernley, Nevada, and was relying on the Jets.

According to William Hill spokesperson Michael Grodsky, Rex hedged his wager for an undisclosed amount by betting on the Jets to win straight-up Monday at the Edgewater sports book.

"He told the ticket writer that he would have hedged for more, but he had no idea he was the only Chicago winner," William Hill spokesperson Michael Grodsky said.

According to Grodsky, someone normally hits the progressive jackpot once or twice during the 17-week regular season. Last year, the jackpot grew to a record $109,290 before a Reno man won in Week 11. Usually, though, a dozen or so bettors all with the same selections will split the jackpot. This week, however, was the first time there has been exactly two potential winners with opposite sides in the deciding Monday night game, Grodsky said. 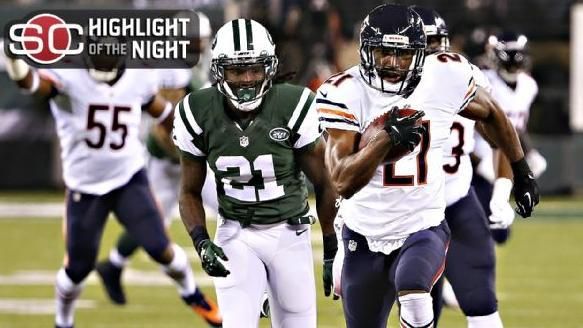 Bears Hold Off Jets
SportsCenter Highlight of the Night: Jay Cutler threw for 225 yards and two touchdowns in the Bears' 27-19 win over the Jets.