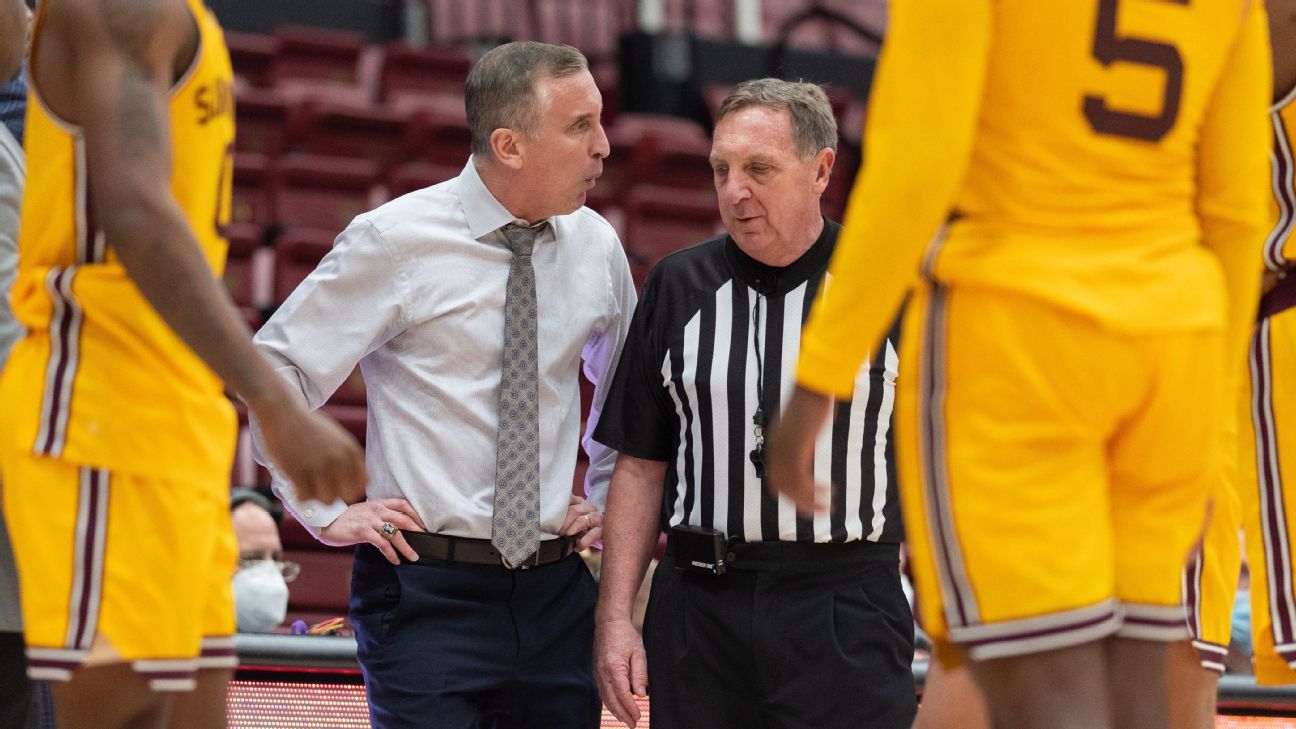 TEMPE, Ariz. -- Arizona State coach Bobby Hurley was fined $20,000 and suspended for Monday's game against Southern California for a confrontation with the officiating crew following a game this weekend against Stanford.

Hurley and guard Jay Heath were both suspended and forward Jalen Graham was publicly reprimanded for verbally confronting an official who was exiting the court after Stanford's 79-76 win on Saturday night.


"The actions of the head coach and student-athletes were in clear violation of the Conference's standards of conduct, and will not be tolerated," Pac-12 commissioner George Kliavkoff said in a statement Sunday night. "The Pac-12 and its membership has established regulations requiring all institutional personnel, especially head coaches, to conduct themselves in a sporting manner, and those involved in this situation failed to meet those standards."

Hurley was frustrated after the Sun Devils attempted one free throw in the first half. He was given a technical foul for arguing 30 seconds into the second half.

He became irate after Stanford's Brandon Angel was fouled on a 3-pointer with 1.1 seconds left and hit three free throws, yelling and pointing at the officials as they left the court.


Heath and Graham joined their coach in yelling at the officials.

The Cardinal finished 32 of 41 from the free throw line; Arizona State made just 7 of 9. 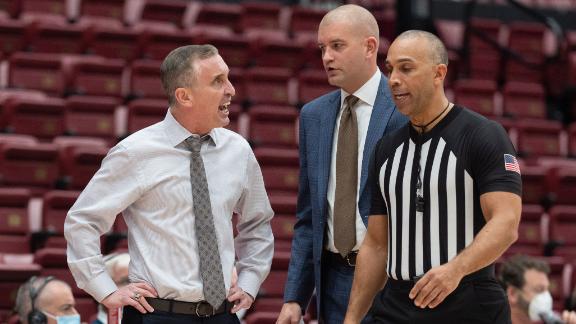