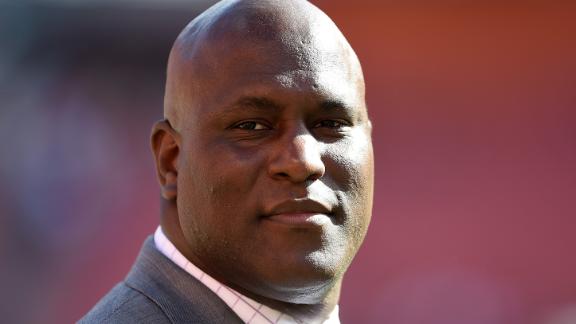 Browns general manager Ray Farmer admitted to texting during games in violation of the league's electronic device policy. Farmer has not revealed who he texted, but sources and reports have said the texts went to an assistant coach and an unnamed team representative on the sideline and that the texts dealt with in-game strategy and use of personnel.

Falcons owner Arthur Blank acknowledged in February that the team broke NFL rules by piping artificial crowd noise into the Georgia Dome over the past two seasons. He said what was done was "wrong," and affected the competitive balance and fairness on the field.

"Severe" discipline in these cases could be a hefty fine, a loss of a draft pick or picks, or other penalties. But, as one source said Wednesday and others verified, "it's coming soon."

While the Browns and Falcons issues are expected to be resolved by next week, there is more uncertainty surrounding the New England Patriots' Deflategate controversy. NFL commissioner Roger Goodell said Wednesday that there is no timeline for a verdict, as the league is focused on getting it right. He said the investigation doesn't have to be wrapped up and discipline announced before next month's draft.

Goodell also said Wednesday that competitive advantage would not be a vital factor in the league's rulings.

"The violation of the rule and the integrity of the rule is not necessarily whether you got an advantage or not," he said. "It's the fact that you broke the rule. That's a more general comment. We don't want people breaking the rules.

"There are 32 clubs who are going to be operating under the same rules."

Browns owner Jimmy Haslam has said Farmer owns his mistake and that the Browns will accept the consequences. He stands firmly behind his general manager. He had said Tuesday night that the team was not yet aware of any sanctions.

"Even though it's not a positive, it's not something I'm proud of, it's not a badge or something I'm wearing, but I'm definitely trying to take the positive out of it," Farmer said Monday. "What did I learn? How am I better? And then how does this help me moving forward?"

Coach Mike Pettine admitted he was not pleased when the texts began, but he said at the league meetings that he and Farmer had talked it through.

"We both feel like we're very much on the same page and we're moving forward to make this team better," Pettine said.

In the Falcons' case, at least one employee was put on administrative leave. The front office and previous coaching staff said they were unaware of any wrongdoing. Blank said the Falcons cooperated fully with the NFL's investigation.

Some around the league have argued that silent counts have rendered crowd noise more irrelevant, and it's difficult to discern how much of an advantage the artificial noise gave the Falcons.

ESPN.com's Pat McManamon and Vaughn McClure contributed to this report.