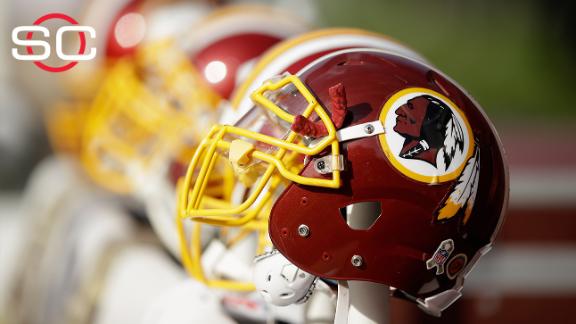 RICHMOND, Va. -- Washington Redskins president Bruce Allen said the team will not reconsider changing its name -- even if it's a political barrier to a potential new stadium.

The Redskins have started the process of finding a new home, exploring potential sites in Maryland, where they now play; Washington, D.C., where they used to play; and Virginia, where they train. But Allen supplied a short answer when asked about changing the name stance to build a new home.

In reaction to Allen's comment, the organization Change the Mascot released a statement criticizing the team.

"The team and its leaders are so obsessed with clinging to a dictionary-defined racial slur that they are willing to abandon their hometown and local fans in order to continue degrading Native Americans," said Joel Barkin, spokesman for the grassroots campaign. "Now that Bruce Allen has been relieved of day-to-day responsibilities as general manager he must have a lot of free time on his hands to double down on this racist moniker and try to figure out what to do about Native Americans returning donations from the team. Unfortunately, Bruce Allen, team owner Dan Snyder and the Washington team fail to understand that you cannot buy acceptance of continued racism.

"The NFL, Commissioner Roger Goodell, and the other owners should immediately step forward now that the Washington team is publicly declaring its willingness to abandon Washington in order to retain its racial slur mascot."

Despite protests from Native Americans and others, the Redskins have maintained they won't change their longtime nickname. But Interior Secretary Sally Jewell opposes the team name, which could prove to be a hindrance if the Redskins want to return to Washington, D.C.

It's an issue because there isn't much land available in the district, but one potential spot would be where RFK Stadium, their former home, now stands.

"Secretary Jewell has been clear that she considers the Washington football team's name a relic of the past and believes it should be changed," Department of the Interiorspokeswoman Jessica Kershaw told reporters in the spring.

The National Park Service leased that land to the city, and the lease doesn't expire for 22 years. But the Redskins would need an extension to build a stadium on the site since a stadium lease would go longer than 22 years.

It's not an immediate issue because the Redskins own the stadium and the land in Landover, Maryland but their lease with Prince George's county runs through 2026. Governors in both Maryland and Virginia have said Washington's nickname would not be an issue in trying to get a stadium built.

A new stadium could be agreed upon within the next few years. Allen said the Redskins are in the preliminary stages of designing their new stadium.