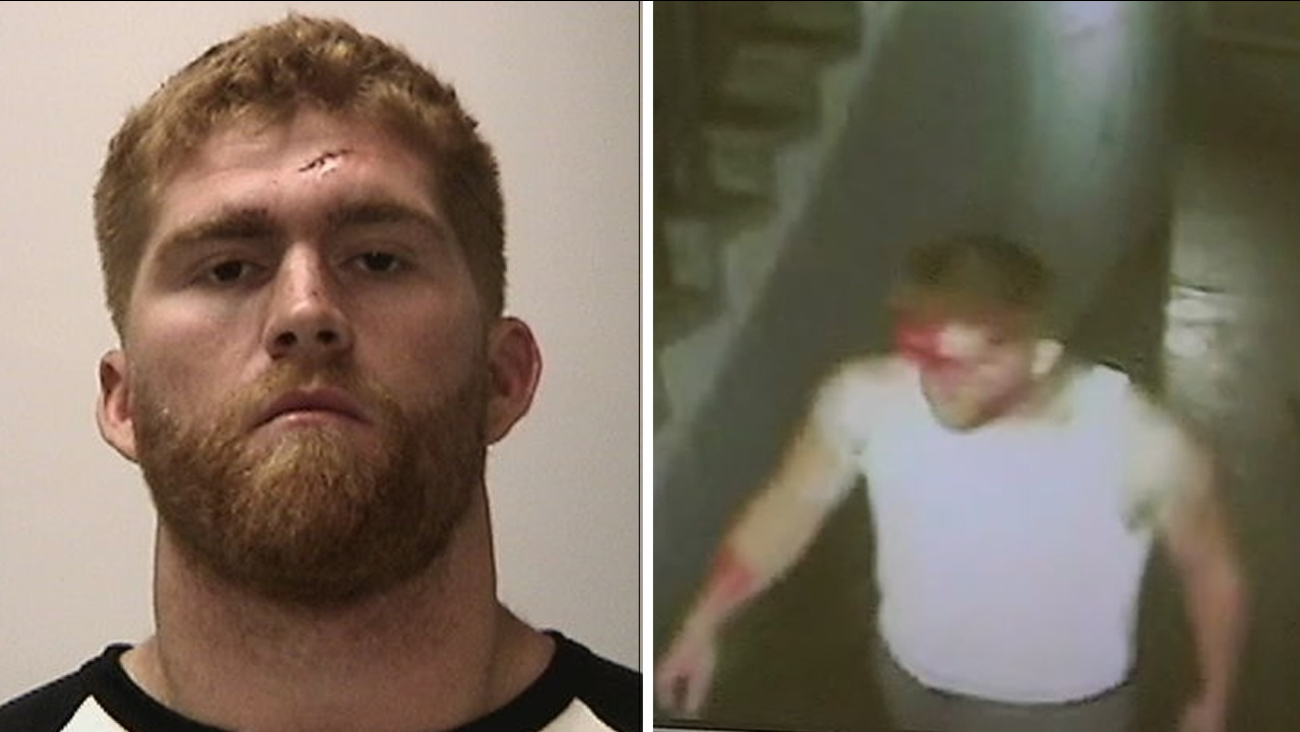 Bruce Miller's mugshot is seen on the left after he was arrested for assault in San Francisco on September 5, 2016. Surveillance video after the alleged assault is on the right. (KGO-TV)

Surveillance video from the Travelodge in San Francisco shows Miller bleeding and staggering moments after he allegedly got into a fight with a 70-year-old and his 29-year-old son across the street at the Marriott.

His agent says Miller went to the hospital to get several stitches and tells us there are "two sides to the story."

The Niners cut Miller from the team shortly after the arrest was made public.