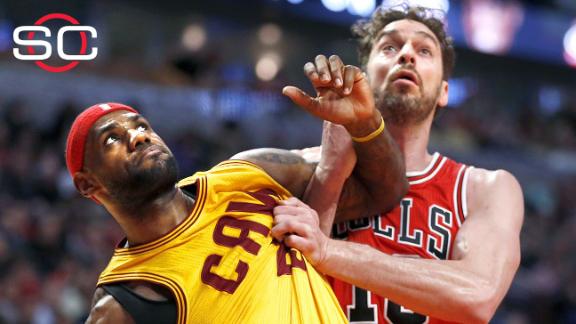 CLEVELAND -- As the Chicago Bulls get set for a second-round showdown against LeBron James and the Cleveland Cavaliers, Bulls point guard Derrick Rose believes his team's confidence is right where it needs to be heading into its biggest series of the year.

"I think it's high," Rose said before Monday's shootaround. "I think it's very high. We know if we come with the right mindset and do everything that we've been working on, as far as, like, strategies, I think that it should be hard [on them]."

Rose said after the Bulls' series-clinching win over the Milwaukee Bucks last week that he believes his team is better equipped to beat James in a series than it has ever been. The Bulls are 3-12 in the postseason against teams led by James, but Rose and his teammates are confident they have the talent to knock off the former MVP over the next two weeks. After beating the Bucks by 54 points in Game 6 on Thursday, they have an added jolt heading into the next round.

"We're happy that we played the way we played the last game," Rose said Monday. "If anything, it could help boost our confidence and motivate us a little bit more, but we know coming into tonight's [game] it's going to be a battle. You got a team where they're very talented, they're looking to go pretty far, and we have the same ambition. We want to go far, too, so it's going to be tough and this is what we've been waiting for the entire year."

In the 2011 Eastern Conference finals against the Miami Heat, which the Bulls lost in five games, it was James who usually switched over to guard Rose in the final moments of games. This time around, Rose said he expects Cavs guard Kyrie Irving to guard him throughout most of this series.

A subtle difference in Rose's game is that he believes he's more vocal than ever.

"I think talking, just letting guys know ... always clapping, just showing positivity on the floor even when things aren't going our way," Rose said. "I think it goes far with our team because we always have a little bit of slumps during the game, and I'm just trying to boost guys up and just trying to keep everybody together. That's the key."

Expectations for LeBron without Love, Smith
Antonio Davis previews the second-round matchup between the Bulls and Cavaliers and makes a prediction on which team wins the series.