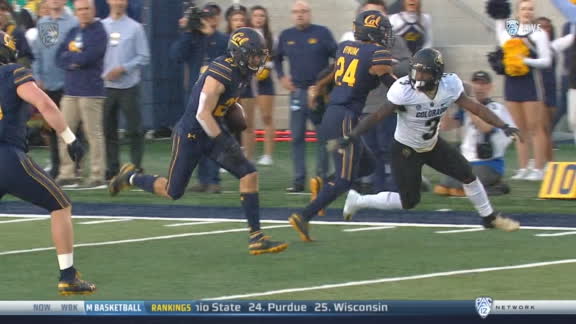 ESPN
BERKELEY, Calif. -- California coach Justin Wilcox has come to accept his team's inconsistencies on offense. It's been much easier to handle with the way the Golden Bears have been on the other side of the ball.

Elijah Hicks and Ashtyn Davis scored on interception returns for touchdowns in the first quarter as California forced a season-high five turnovers and rolled past Colorado 33-21 on Saturday night.

"That's kind of where we are right now," Wilcox said. "It's not always going to be pretty. But we took care of the ball and we found a way to make some plays that were really the difference."

The Bears were already assured of a bowl bid and can improve their prospects next week against Stanford in a game that was delayed due to unhealthy air conditions stemming from the deadly wildfire in Northern California.

Colorado, on the other hand, will begin a coaching search after ending the season with seven straight losses. The skid cost coach Mike MacIntyre his job a week earlier and the Buffaloes (5-7, 2-7) showed little improvement in his absence.

"Moving forward, this is a great program," interim coach Kurt Roper said. "It's going to do nothing but ascend."

The Bears have improved steadily in two seasons under Wilcox, most significantly on defense, a point that was driven home emphatically in the first two minutes against the Buffaloes.

Hicks put Cal ahead with a 34-yard pick-6 off quarterback Steven Montez. Davis followed with a 35-yard interception return for a touchdown 45 seconds later. Davis added another interception late in the second quarter.

"I know it was the first drive of the game but in practice we run that play all the time," Hicks said of his first career interception. "I just had to cash in."

Garbers threw touchdown passes of one and seven yards. The second came after the Buffaloes cut the Bears lead to 27-21.

Colorado: The Buffaloes have a lot of work to do in a short amount of time. With recruiting already in full swing, it's imperative that the administration decide on a full-time replacement for MacIntyre. A handful of names have been thrown around but there is no clear front-runner. Whoever takes the job will inherit a program in flux. Colorado has 25 seniors, including eight starters, but will return most of the key starters on offense and defense.

California: The Bears set the tone early with their defense, which was key in a game when their offense sputtered much of the night. Garbers had a pretty efficient game and showed some grit with his running. That was critical because the Buffaloes made running back Patrick Laird mostly a non-factor. Greg Thomas helped bail out Cal's offense with a pair of field goals.

Laird had an off day running and finished with 49 yards on 18 carries but did crack the 2,000-yard barrier for his career. Laird still needs 180 yards to become the third Cal running back to have multiple 1,000-yard seasons. Marshawn Lynch and Russell White did it previously.

Cal's inability to convert on third down was a key reason the Bears couldn't pull away. They converted a season-worst 1 of 17 opportunities and went three-and-out on their first two drives in the second half, enabling Colorado to cut the gap. "Just key misses, tipped balls here and there, missed assignments," Garbers said. "Not the greatest performance but we got the win."

"Our defense has been doing their thing all year. They just make plays. They're takers; that's what they do." -- Cal wide receiver Moe Ways, who had a touchdown reception.

Colorado: The Buffaloes season is over.

California: The Bears host Stanford on Saturday at Memorial Stadium. 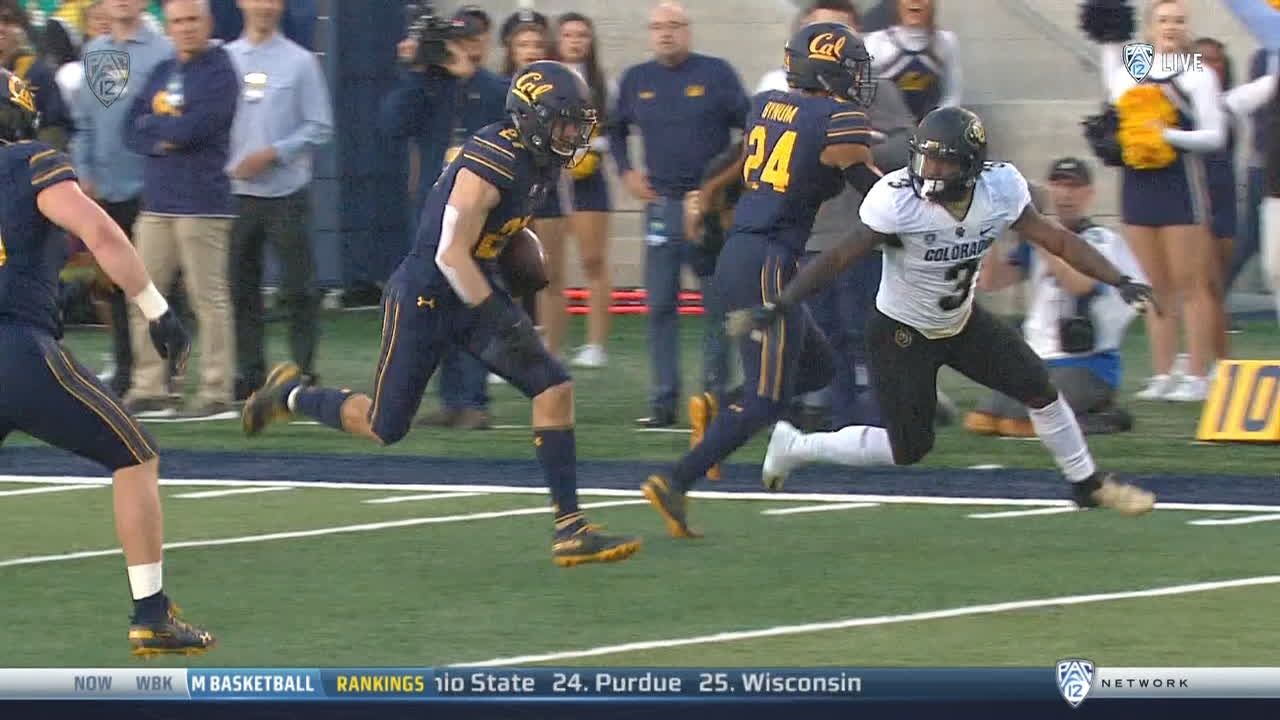 Cal gets second pick-6 in the first quarter
Cal's Ashtyn Davis gets the interception and returns it for the touchdown for the team's second pick-6 in two minutes.
Report a correction or typo
Related topics:
sportsespncalifornia golden bearscolorado buffaloescollege football
Copyright © 2020 ESPN Internet Ventures. All rights reserved.
More Videos
From CNN Newsource affiliates
TOP STORIES
A Day On BART 2020: What riding the trains is really like