Can the Pac-12 solve its playoff problem? 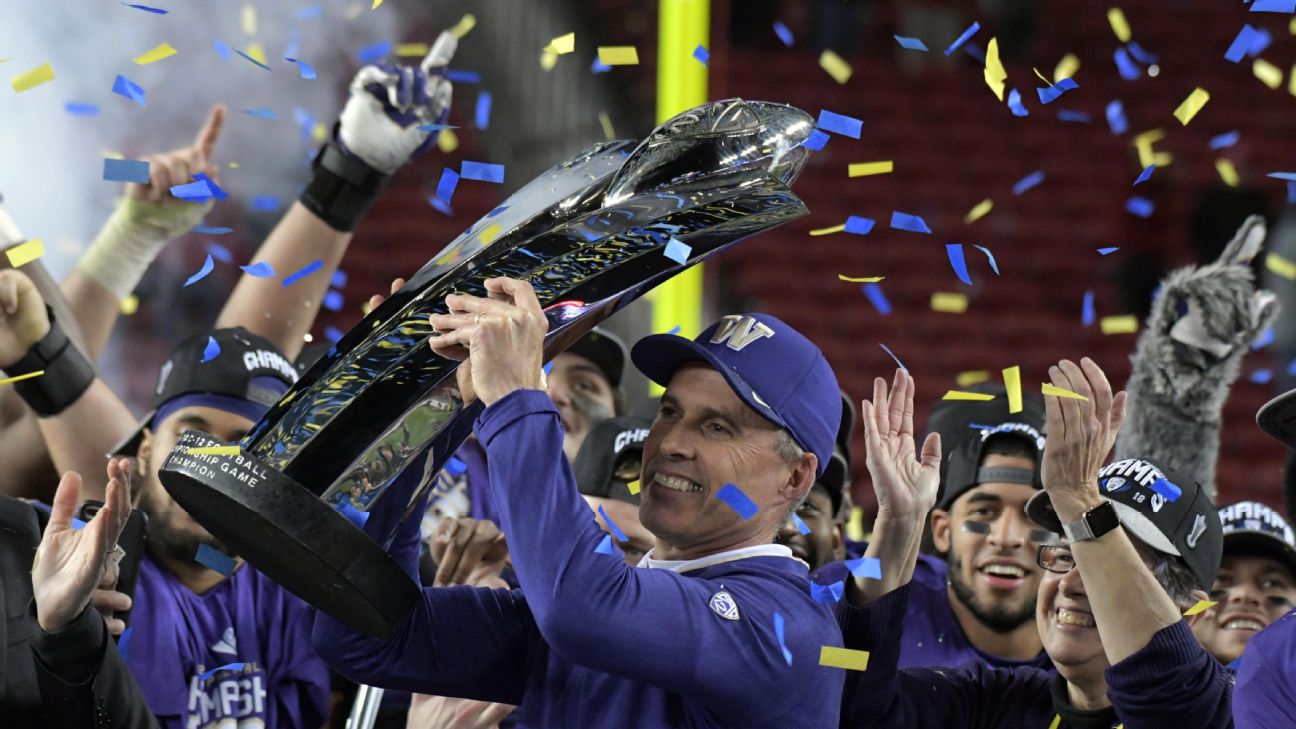 "We were like, 'Hey, we got to bring the Pac back. We've got to get this thing going,'" Benjamin said. "We got to show that we're able to compete with the SECs, the Big Tens and Big 12s."

As college football enters its sixth year of the playoff era, these types of preseason conversations are becoming customary on the West Coast.

The Pac-12 continues to produce its fair share of NFL players, boasts high-profile head coaches (Mike Leach, Chris Petersen, Chip Kelly, David Shaw, Kyle Whittingham) and remains wildly entertaining week-to-week. But as the sport has evolved to emphasize the playoff over everything else, the conference's lack of involvement has negatively impacted its national visibility.

"I think you hear the narrative the last couple of years. 'It's a weak conference,'" Washington's Petersen said. "You have the nonconference games like we played against Auburn [last season] and you'll get so many shots, and then you go to a bowl game and they can check the [conference] bowl records. At the front end and the back end, you better hold yours. We haven't done that in the last couple of years. So everybody jumps on that."

While the playoff has provided excitement, there is no question it has devalued conference titles for Power 5 champions not selected for the playoff. Titles without playoff trips just won't be remembered in the same esteem as those teams that are selected. That's the new normal.

In five seasons, the Pac-12 has sent just two teams to the playoff: Oregon went the championship game in Year 1 (losing to Ohio State, 42-20) but since then only Washington, two years later, has been selected to participate (the Huskies lost to eventual champion Alabama, 24-7, in a semifinal).

Over the past two seasons, the Pac-12 hasn't just been left out of the playoff, it has hardly factored into the national discussion by the time the committee started releasing its official rankings.

Washington debuted at No. 9 in the first CFP rankings in 2017 but lost a Friday night game at Stanford in early November the next week, removing any real hope the Pac-12 would be represented in the playoff.

Washington State had a real pathway to the playoff after debuting at No. 8 last year, but after holding that spot in the rankings for four weeks, a loss in the Apple Cup removed the conference from the discussion. Again, the Pac-12 title game was inconsequential to the national picture -- and the lead up to it and atmosphere surrounding it reflected as much.

"There's no question that the past couple of seasons have fallen short of the historical standards for the Pac-12 and where our programs aspire to be," Pac-12 commissioner Larry Scott said last month. "We have to acknowledge many of the criticisms that the conference has received, and I can tell you that collectively we've taken a hard look at everything about how we're operating when it comes to football."

The vibe going into this season is similar to the past two years. There are several good teams that can compete for the conference title, but there still isn't that one team that is looked at almost universally as a playoff favorite. Five Pac-12 teams cracked the preseason AP poll -- as many as the ACC and Big 12 combined -- but the first team to show up is Oregon at No. 11.

Oregon has been a revelation on the recruiting trail, returns a quarterback in Justin Herbert that might have been the No. 1 pick in the NFL draft and has a chance on Saturday to make an early case with a game against No. 16 Auburn in Arlington, Texas (7:30 p.m. ET on ABC). A win would not only validate Oregon's preseason hype for the time being, it would be the type of victory that could be an important data point come season's end when conferences are compared against each other.

After Oregon, none of the conference's next three ranked teams -- No. 13 Washington, No. 14 Utah and No. 23 Washington State -- have a nonconference game in which a win would do much to enhance their resume should they climb into the playoff picture. Their only Power 5 opponents will be in conference play.

With games against Northwestern, No. 17 UCF and No. 9 Notre Dame, Stanford is the team best positioned impact the perception of the conference. The Cardinal are ranked No. 25.

"The people who know football and that watch football, they know how competitive this conference is," Stanford's Shaw said. "There are not a lot of conferences out there that can legitimately look up and say more than half their conference has a chance to win the conference. And those teams in the, quote-unquote, middle of our conference, any of them can beat anybody at the top of the conference."

For example, No. 1 Clemson, the defending national champion, is one of only two ACC teams ranked in the preseason AP Top 25, with No. 22 Syracuse being the other. What's a better structure for fans of each individual conference is a matter of taste, but there is no doubt that Clemson has buoyed the ACC in a way that USC might have done had the playoff been introduced around the turn of the century.

In theory, the Pac-12's unpredictable nature should make the entire conference schedule more exciting, more meaningful. And for some, it does. But because the conference has had mostly low-stakes games late in the season the past two years, it has become more of a liability than an asset.

So, what has the conference done in response?

The decision to relocate the Pac-12 title game from Santa Clara, California, to Las Vegas beginning in 2020 is an intriguing move that has potential to add some much-needed buzz, but other than that, that "hard look" Scott referred to hasn't resulted in any changes of much consequence for the typical fan.

There are ongoing discussions about going from nine conference games to eight -- as is the case in the ACC and SEC -- but the conference has been reluctant to make that switch. An external evaluation of the conference's maligned officiating program made a few recommendations in the offseason, but concluded the conference was up to industry standards. Scott floated the idea of kicking off a couple times at 9 a.m. PT, to get in front of East Coast viewers, but that's about it.

There is just a general belief that college football's historically cyclical nature will swing back. And maybe that's true.

But in the meantime, beating Auburn would be a good start. 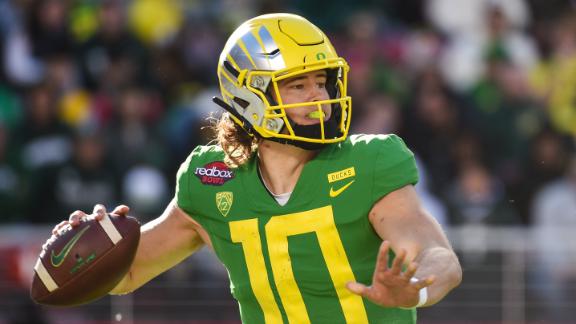