KGO
MEXICO (KGO) -- Derek Carr woke up a struggling Oakland offense by throwing two touchdown passes in the fourth quarter as the Raiders capped a successful trip to Mexico with a 27-20 victory over the Houston Texans on Monday night.

Oakland had been held to 120 yards through three quarters with the running game going nowhere and Carr finding few open receivers downfield. But that suddenly changed in the fourth quarter to give the Raiders (8-2) their fourth straight win for the first time since 2002.

With star receiver Amari Cooper lined up in the backfield, Carr found fullback Jamize Olawale open for a 75-yard catch and run that tied Houston (6-4) at 20.

Then Oakland took advantage on two questionable spots by the officials to take over on downs at the 15 and drove 85 yards in five plays to take the lead on a 35-yard pass to Cooper.

That set off loud celebrations from the pro-Raiders crowd of 76,743 in the second regular season game ever played in Mexico. What was originally scheduled as an Oakland home game featured Raiders music during stoppages, Tommie Smith lighting the Al Davis torch in a memorable return to Mexico City nearly a half-century after his Black Power salute at the 1968 Olympics and frequent "RAI-DERS!" chants.

While the atmosphere was electric, the field was a bit slippery leading to some falls and the high elevation 7,380 feet above sea level played a factor. The Raiders needed to use a timeout on defense at one point in the fourth to catch their breath and receiver Michael Crabtree was seen gasping for breath at one point. 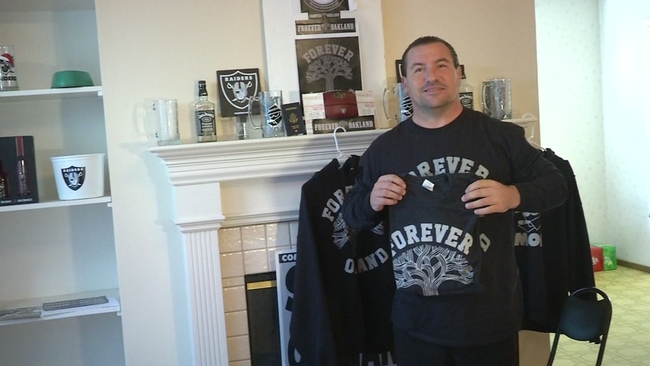 Oakland Raiders, fans gearing up for MNF on ABC7!