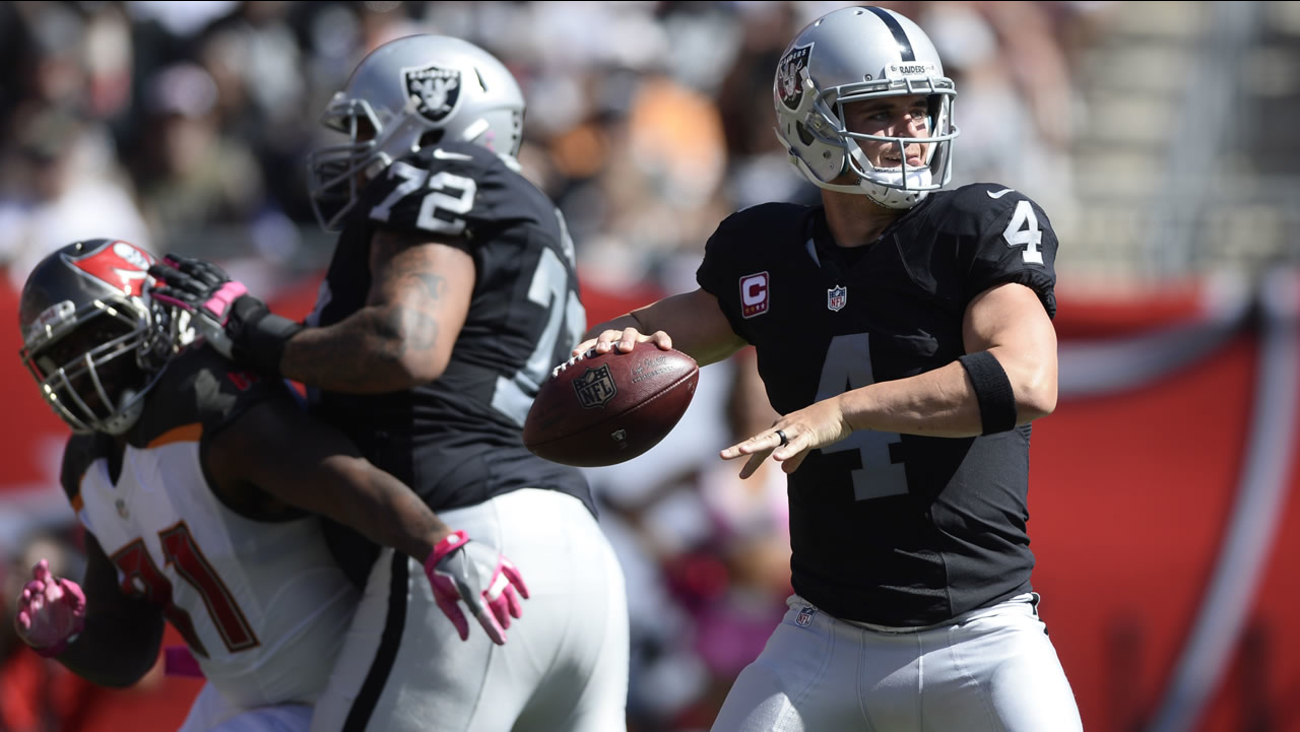 OAKLAND, Calif. -- Derek Carr threw a 41-yard touchdown pass to Seth Roberts with 1:45 remaining in overtime, capping a record-breaking day for the Oakland Raiders in a 30-24 victory over the Tampa Bay Buccaneers on Sunday.

Carr threw for a franchise-record 513 yards - completing 40 of 59 passes without an interception - and the Raiders overcame an NFL-record 23 penalties for 200 yards.

Carr also threw touchdowns to offensive tackle and ex-Buc Donald Penn, Amari Cooper and Mychal Rivera as the Raiders (6-2) improved to 5-0 on the road.

Jameis Winston threw for 180 yards and two touchdowns for the Bucs (3-4), who took a 24-17 lead on a 1-yard run by Jacquizz Rodgers and two-point conversion.

Carr threw his TD pass to Rivera to tie it with 1:38 remaining in regulation, and Sebastian Janikowski missed a 50-yard field goal as time expired to send it into overtime.

Janikowski misfired again from 52 yards on Oakland's first possession of the extra period. On the winning play, Carr hit Roberts into the middle of the field on fourth-and-4, Tampa Bay defenders lunged and missed the tackle at the 30, and the receiver sped into the end zone.