Cavs' Irving has fractured knee cap, out for 3-4 months 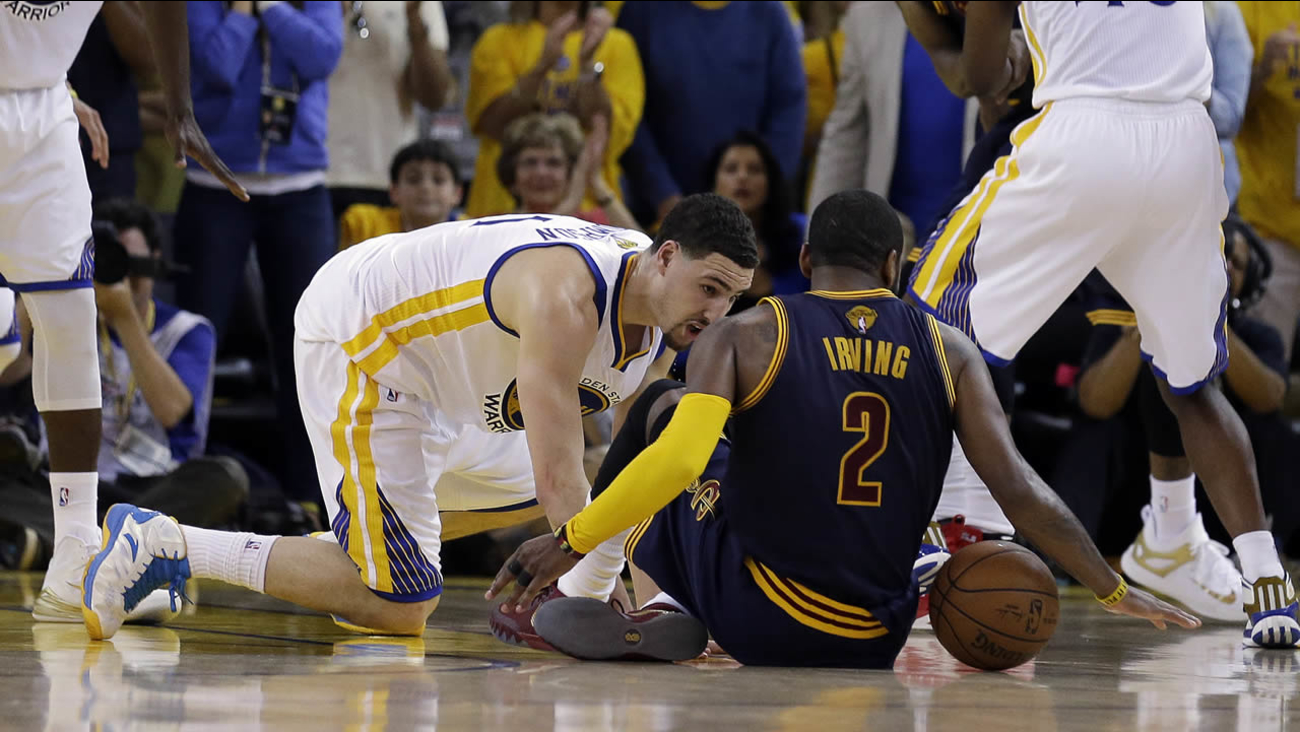 Cleveland Cavaliers guard Kyrie Irving (2) in Game 1 of the NBA Finals in Oakland, Calif., Thursday, June 4, 2015. Irving left the game with an injury right after this play. (AP)

Cavaliers guard Kyrie Irving has a fractured left knee cap and will have surgery that will end his season.

The Cavaliers said Friday that an MRI exam at Stanford Sports Medicine Clinic revealed the injury and that Irving's projected recovery time was three to four months.

Irving limped off the court during overtime of Cleveland's 108-100 loss to Golden State on Thursday night in Game 1 of the NBA Finals. He left the arena on crutches, and Cavs coach David Blatt said he heard Irving was still on crutches Friday morning.

The team said surgery will be performed at the Cleveland Clinic in Cleveland by Cavaliers head team physician Dr. Richard Parker.

Before learning of Irving's diagnosis, Blatt said the team hoped the All-Star point guard would be able to play Sunday in Game 2, but that the Cavaliers would adjust if not. They are already without Kevin Love because of a shoulder injury.

"As far as how we prepare, we've been through this. We've played games without Kevin, without Kyrie," Blatt said. "We know how we want to play when they're not in there. From that standpoint, we can prepare. Our main concern right now though is just Kyrie's health. That's all."

Irving has been bothered by foot and then knee pain for most of his first postseason. He missed two games during the Eastern Conference finals, but played well Thursday, finishing with 23 points before leaving with 2 minutes left in the extra period.

Matthew Dellavedova stepped in during Irving's absence in the last round but played only 9 scoreless minutes Thursday.

LeBron James said Friday the Cavs would be prepared no matter who was available.

"Well, there are a few things that you would love to have going late in the season," he said. "That's being healthy, having a great rhythm, and then you need a little luck as well. We've had a great rhythm. We haven't had much luck, and we haven't been healthy. But I haven't gotten discouraged.