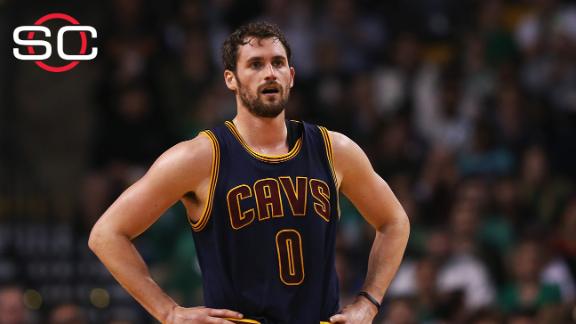 Boston Celtics center Kelly Olynyk said Sunday night that claims that he intentionally dislocated the shoulder of Kevin Love were "ridiculous" and that he had tried to contact the Cleveland Cavaliers forward after Game 4 of their Eastern Conference playoff series.

Olynyk, who was tied up with Love in the first quarter of the Cavs' 101-93 victory, was called for a loose-ball foul for clamping down on Love's left arm and pulling down. Love sprinted to the Cavs' locker room while holding his shoulder after the contact.

Sources told ESPN's Brian Windhorst on Monday that Love is seeking a second opinion, which will delay any announcement by the Cavaliers concerning his injury. Another source told Windhorst that some Cavaliers players were told Sunday that Love would miss a minimum of two weeks.

"I thought it was a bush-league play," Love said after the game. "Olynyk was in a compromising position, had no chance to get the ball, and it's just too bad that he would go to those lengths to take somebody out of the game and do that to someone. I have no doubt in my mind that he did that on purpose."

Olynyk told the Boston Herald on Sunday night that he was surprised at the accusation and said there definitely was no intent to injure Love on the play.

"That's ridiculous," said Olynyk, who also told the Herald that he tried unsuccessfully Sunday to contact Love. "I would never intentionally hurt Kevin or anyone else. He locked my arm up, I locked up his as we were fighting for a loose ball. You lock up arms all the time in this league."

"I wish him a very speedy recovery, and I hope he can come back to help his team in the playoffs," Olynyk said.

Love expects the NBA to review the foul and punish Olynyk accordingly.

"The league will take a look at it, and it better be swift and just," Love said.

The 26-year-old Love, who can opt out of his contract and become a free agent this summer, said he reviewed the play and thought Olynyk's intent to harm was clear.

Some of his teammates saw the replay of the injury for the first time in the locker room after the game. One player looked at a clip of it playing on a staffer's phone and said, "That's f---ed up," as he shook his head.

Said LeBron James: "It didn't look like a basketball play. I've seen a lot of tie-ups in my day, and that tie-in was a little different. We want to play the game of basketball the right way. You want to be physical, but you never want the game to get out of hand."

Love had been averaging 18.3 points, 9.0 rebounds and 3.0 assists while shooting 47.1 percent from 3-point range during the series, which the Cavs swept in four games.

"I was definitely surprised [by what Love said]," Olynyk told the Herald. "In basketball, I don't think anyone is trying to hurt anyone. For [Love], it's very unfortunate. I know they're trying to make a run right now."

"Kelly doesn't have a mean bone in his body," Turner said. "And obviously with a star player it looks bad, but Kelly's not that type of dude. K-Love should feel the same type of way because, what is it? A separated shoulder? That's tough, man. It might be missing something very important, especially when that guy's been battling for seven to eight years to make it to the playoffs. That's tough as well. But if the league looks into it, they'll do the right job on investigating, but Kelly is not that type of guy."

Said Celtics general manager Danny Ainge: "I know Kelly didn't do it on purpose. Guys get their arms tangled up all the time in this game. I know the NBA will look into it -- they look into everything like this -- and they may call Kelly. We just wish Kevin well and hope he can play again [in the playoffs]."

The Cavs maintain that they won't have a potential timeline in place for Love until they see how his shoulder responds Monday.

"Once it got back into place, it was a huge relief," Love said of his shoulder being reset in the locker room. "Threw ice on it, got [electric stimulation] on there now. Obviously you guys can see it's in a sling, and we'll go from there. Obviously not happy about it, but I'm going to try to make the best of the situation."

Iman Shumpert dislocated his nonshooting shoulder earlier this season before being traded to Cleveland from the New York Knicks and missed six weeks of game action.

The Cavaliers next will face the winner of the Chicago-Milwaukee series, which the Bulls lead 3-1 in the best-of-seven series.

"Unfortunate," Bulls center Joakim Noah said Monday of Love's injury. "Very unfortunate. You don't want anybody getting hurt. You don't wish that on nobody."

Love thinks Olynyk's play was 'bush-league'
Kevin Love comments on getting tangled up with Kelly Olynyk, which left Love with a dislocated shoulder. 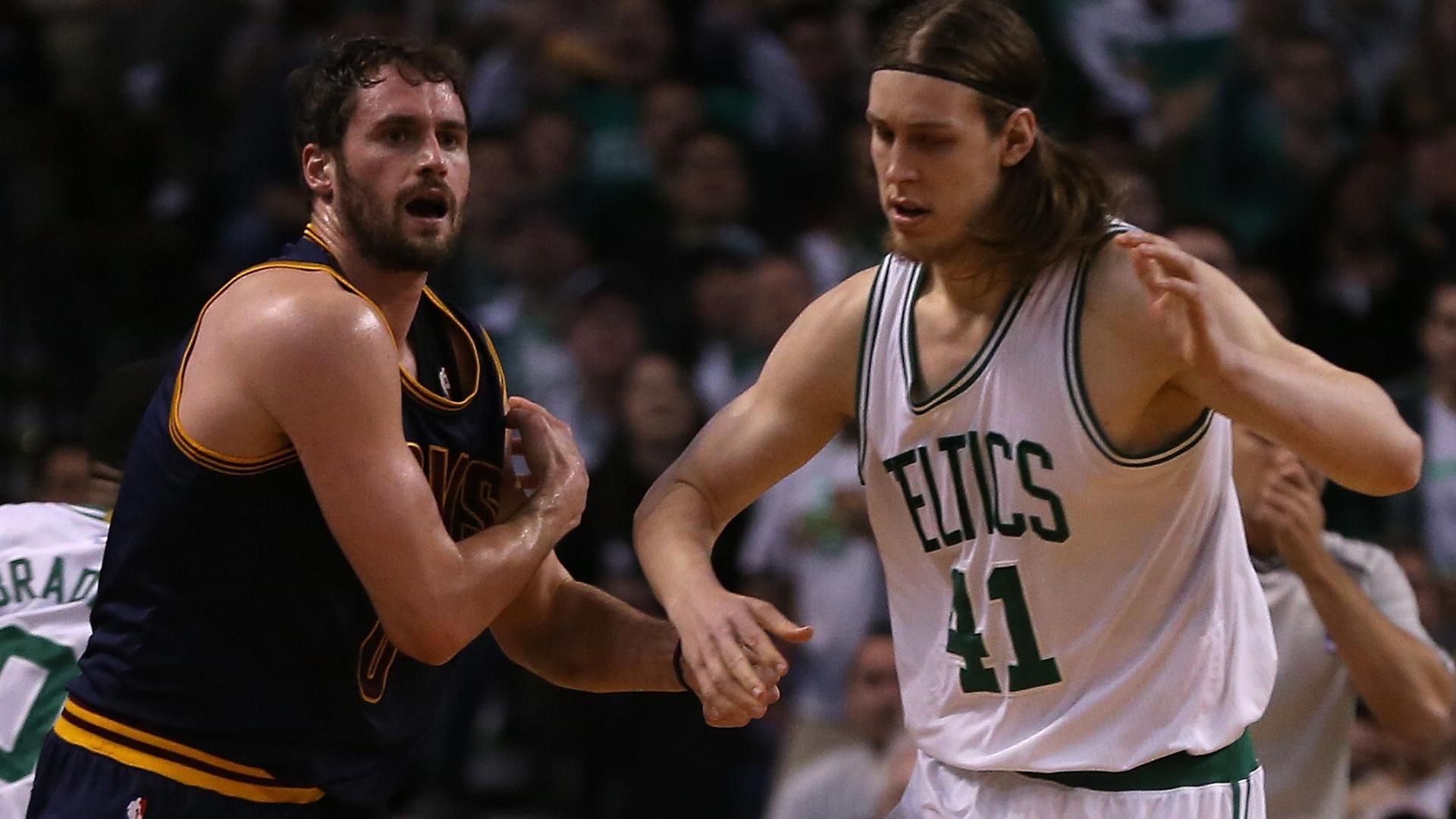