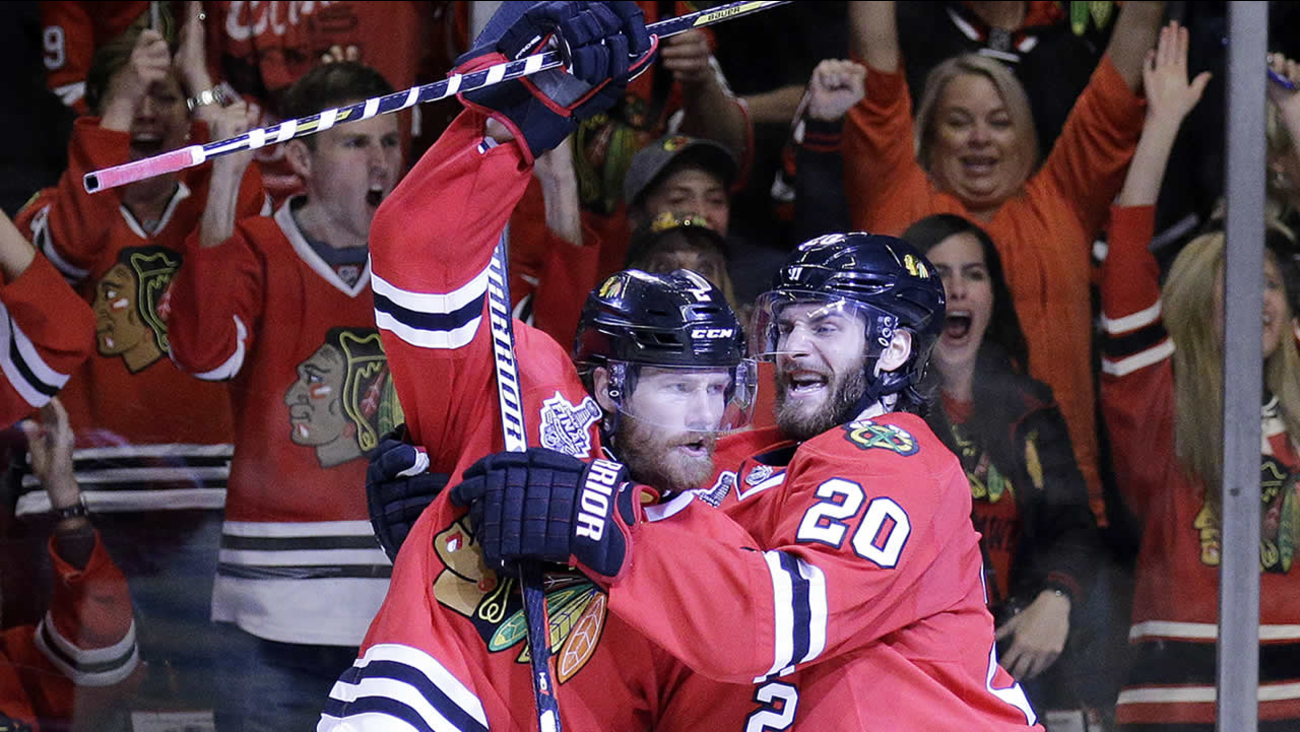 CHICAGO -- The Chicago Blackhawks beat the Tampa Bay Lightning 2-0 in Game 6 to win the Stanley Cup. This is the Blackhawks' third Stanley Cup win in the past six years and first cup home win since 1938.

Make that three #StanleyCup victories in six years for the @NHLBlackhawks. pic.twitter.com/jrYNWeANkQ

Make that a championship hat trick for these Chicago Blackhawks. Patrick Kane and Duncan Keith scored as Chicago clinched a championship at home for the first time since 1938. They have won their third title with Jonathan Toews, Kane and coach Joel Quenneville leading the way.

Now go hug your goalie like you just won the #StanleyCup. pic.twitter.com/FuwSR5zEvd

Keith, the Blackhawks' iron man, gave Chicago a 1-0 lead when he knocked in his own rebound with 2:47 left in the second period.

Kane made it 2-0 in the third when he scored on a one-timer on a three-on-two rush with 5:13 left in the game - his first goal of the series. It was the first time in the final that either team had a two-goal lead.

The Chicago Blackhawks are the 2015 #StanleyCup Champions. pic.twitter.com/uycFP5AUD7

IT'S OVER IT'S FINALLY OVER #ONEGOAL

It's a dance party in the @UnitedCenter! Johnny Oduya treating the fans with some moves. #IntoIt

The Cup is in the building! #ONEGOAL3

And the Conn Smythe Trophy goes to... DUNCAN KEITH! #ChicagoRunsOnDuncan

We've got a group chorus of our closest 22,400 friends singing "We are the Champions!" #AllOfTheFeels