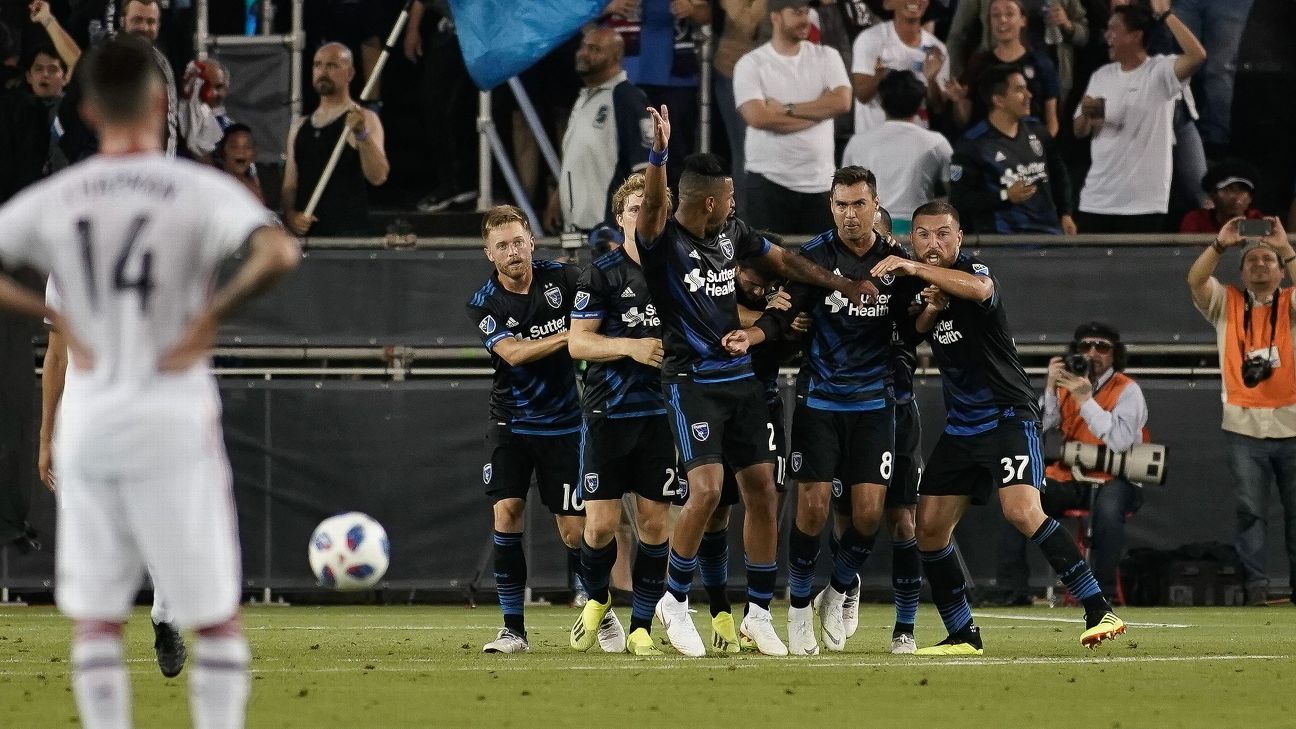 Chris Wondolowski scored his seventh goal of the season and moved within four of the MLS all-time record, helping the San Jose Earthquakes salvage a 1-1 draw against visiting Toronto FC on Saturday night.

Toronto nearly pulled off a victory despite four changes to the starting lineup from the team that secured the club's third consecutive Canadian Championship on Wednesday night.

The draw moved Toronto above Orlando City into ninth place in the Eastern Conference standings, behind D.C. United on goal differential and still nine points beneath the playoff line with 10 games to play.

Wondolowski entered the game in the 64th minute for San Jose and tied it with an opportunistic finish 13 minutes later. After running onto Nick Lima's through-ball, Wondolowski drove a low shot at goalkeeper Alexander Bono, who blocked it easily but couldn't control.

Wondolowski weaved around his defender and beat Bono to the rebound before lofting a clever chip over him into an open net.

The 35-year-old striker wasn't the only substitute to make an impact. Both Sebastian Giovinco and Gregory van der Wiel helped set up Janson's opener just moments after coming into the game in the 58th minute.

Giovinco corralled a pass in midfield, took the space in front of him and then sprayed the ball wide for van der Wiel, who in turn guided an inch-perfect cross in front of goal. On the other end was Janson at the back post, who smashed an easy finish into an open net beyond stranded goalkeeper Andrew Tarbell.

San Jose carried play through most of the first half.

Bono stood tall to deny Valeri Qazaishvili's effort from a tight angle in the 22nd minute, then dove to push Magnus Eriksson's first-time effort away from his lower-left corner.

Ten minutes later, Eriksson had a chance to shoot on an open net but was denied by Justin Morrow's desperate slide to deflect the effort over the bar. And Jahmir Hyka also shot high on a promising chance just before half-time.