Running back Christian McCaffrey fielded kicks and punts in front of scouts. He then ran a variety of pass patterns.

McCaffrey invited Chris Bonner, a quarterback for the Tampa Bay Storm of the Arena Football League, to throw to him during pro day. The two have been working out this offseason near McCaffrey's home in the Denver area.

Stanford defensive lineman Solomon Thomas also used the session to highlight his adaptability. He participated in agility drills that tested his fluidity, hand violence and ability to stay low while fighting through contact.

Both McCaffrey and Thomas are in similar situations: Scouts have raved about their diverse physical skill set, but there are questions about exactly which position the two will fit into at the next level.

Thomas is projected as the No. 2 overall pick going to the San Francisco 49ers in Mel Kiper's latest mock draft, while McCaffrey is projected to be picked at No. 17 by the Washington Redskins.

Neither of the two players ran the 40-yard dash at Stanford's pro day. McCaffrey posted a 4.48 in that measurement at the NFL combine, while Thomas registered a 4.69.

"It's been a big job interview," McCaffrey said. "But I look at every single day as a job interview. You've got to come out here and earn your spot. So I'm just trying to continue to perfect my craft." 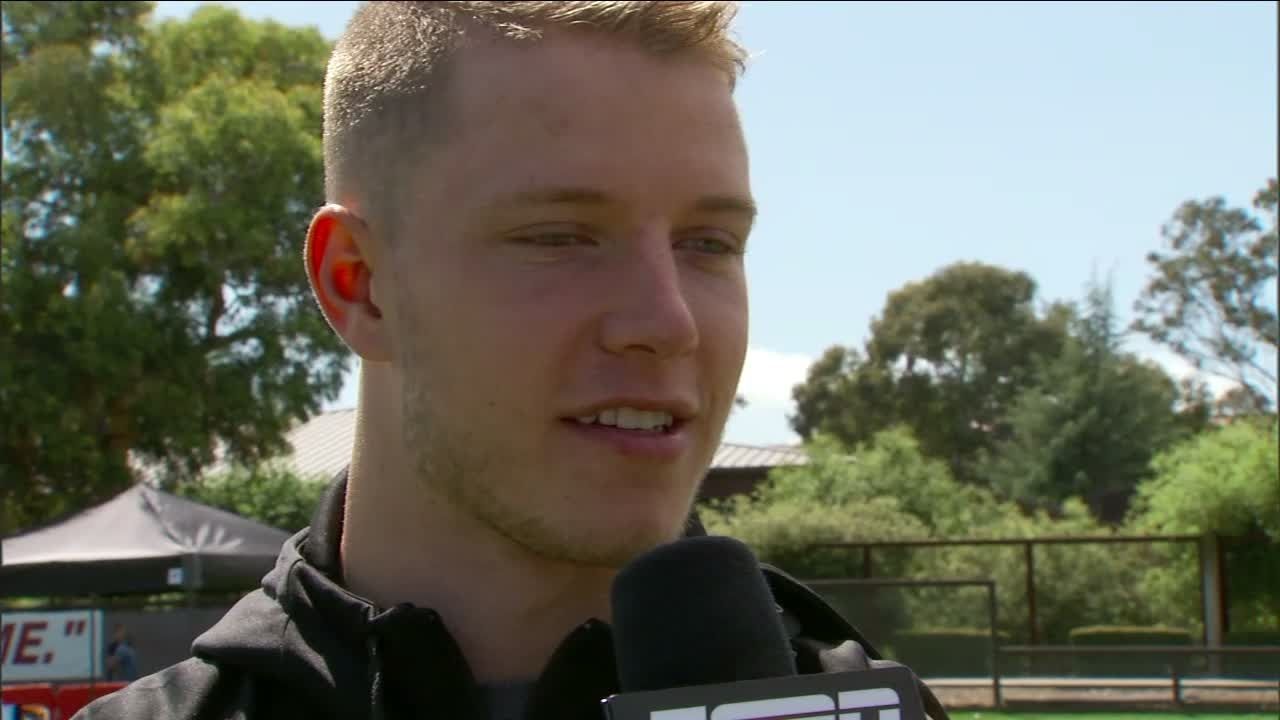